According to the United States Census Bureau data for 2008-2012, more than half of all Americans commute to work every working day. Personal cars and public transportation are not the only modes of commuting, but they are the most popular. Year after year, walking and cycling are becoming more and more popular, and the corresponding infrastructure is developing rapidly. While it may not be for everyone, walking and cycling do have a few advantages over motorized travel. They are healthier, ecologically pure and require less expensive infrastructure than other methods of commuting. Of course, the distribution of the number of pedestrians and bicyclists across the states is not uniform. Ithaca, NY has the highest percentage of walkers in the country, while Portland, OR has the highest percentage of cyclists. 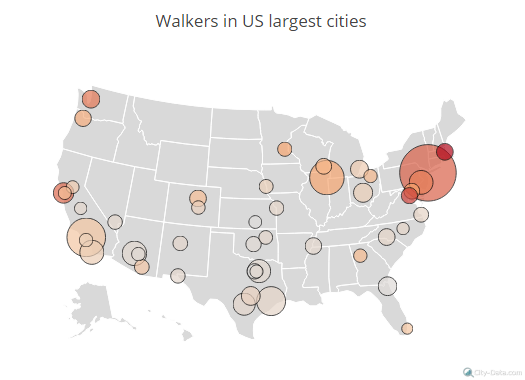 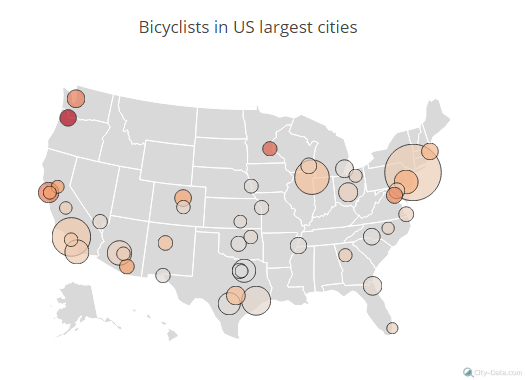 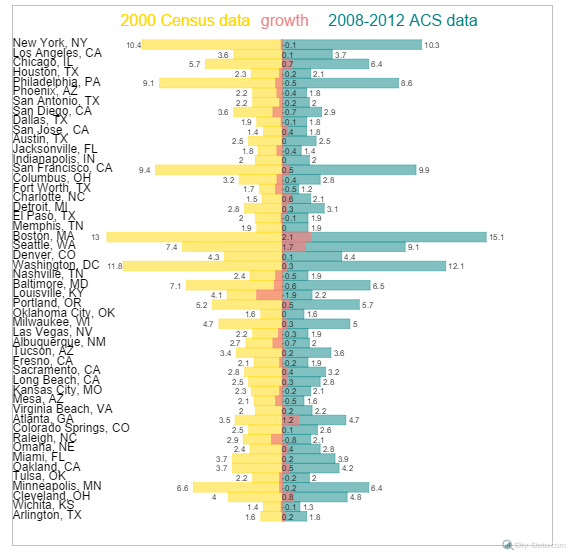 Percentages are different for different social groups. According to ACS data, only 7.8 percent of American workers from age 16 to 24 use non-motorized travel, but this percentage never rises above 3.9 percent in any other age group. Household income also affects the preferences of commuters. In fact, the poorest class who cannot afford cars are forced to commute to work on foot, public transportation or bicycles. 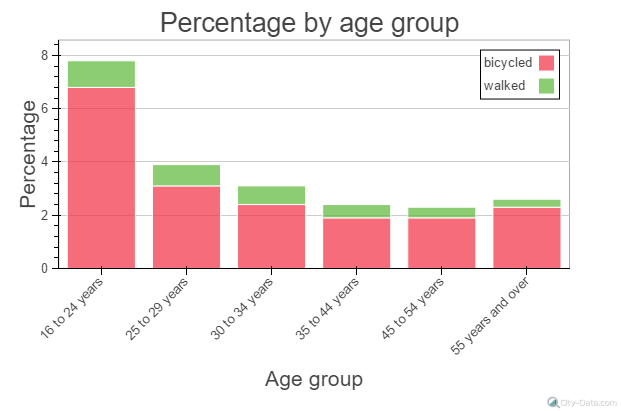 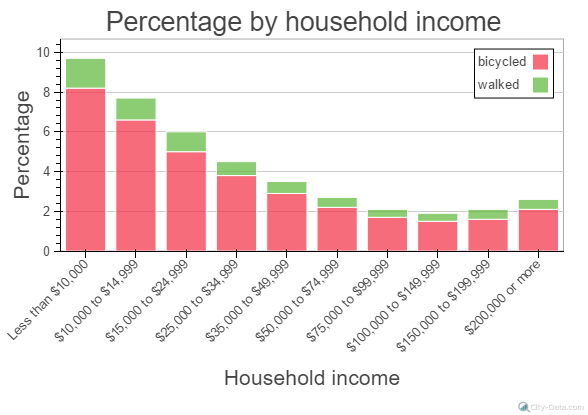 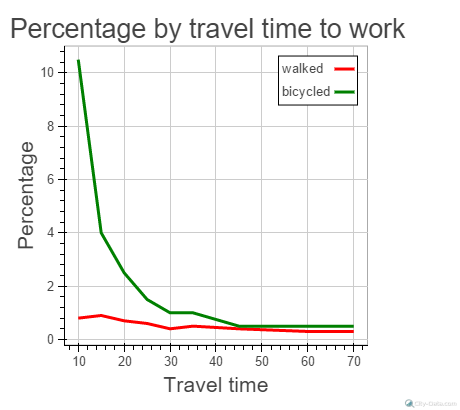 One more interesting (and expected) fact is that the percentage of non-motorized commuters depends on the travel time to work. It also explains why walking and cycling are more popular in small cities than in larger ones — it is not necessary to use vehicles or public transportation to commute to work.

Considering all this, non-motorized commuting is becoming more popular in the U.S. The increase is different for different social groups, climates, infrastructure and the size of cities.