Nowadays, technology and people are so strongly connected that you can hardly imagine life without it. The internet became an important instrument for everyone and for everything, whether it is studying, working, entertainment or more. The number of computer users in the world, and America in particular, is growing at a rapid pace, so let’s figure out who they actually are.

People have several ways of getting online: computers, tablets, laptops and smartphones, and now that we have near-constant wireless connection opportunities it is easier than ever. According to a 2013 survey on computer and internet use in the United States, 83.8 percent of American families owned computers in 2013: 78.5 percent of them had desktop or laptop computers, and 63 percent had handheld ones.

The most common type of connection (42.8 percent) was via a cable modem. Mobile broadband took second place (33.1 percent), and DSL connection was third. 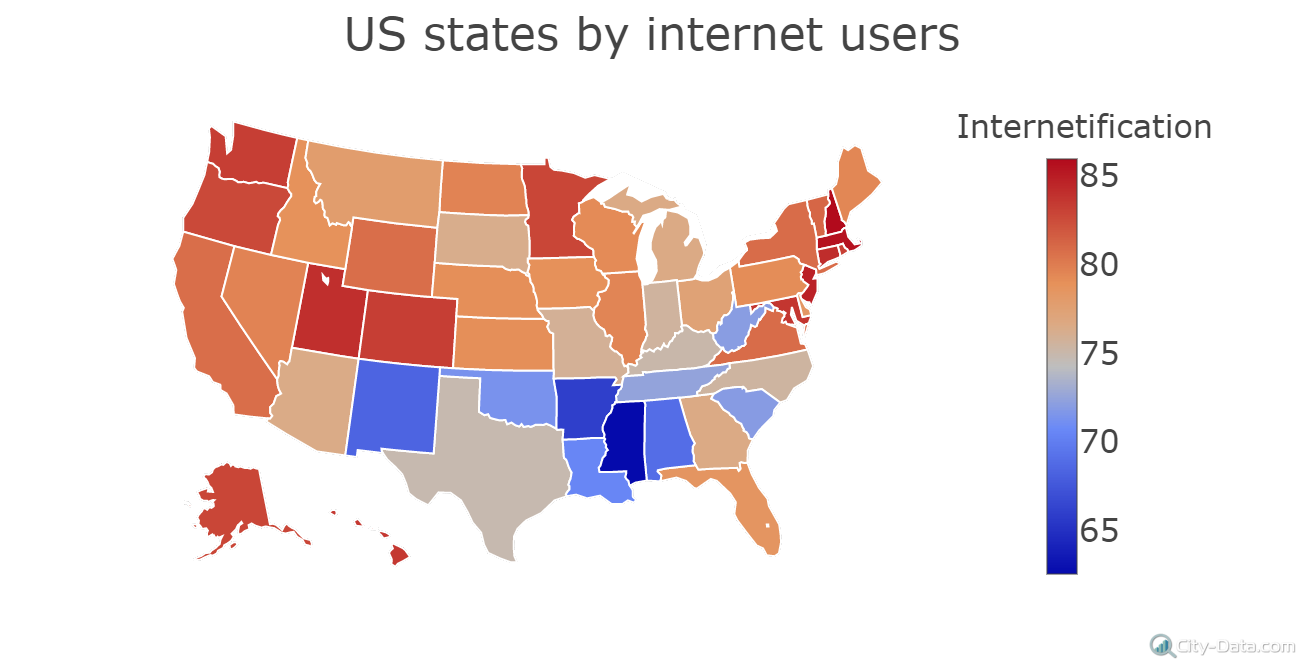 Furthermore, 131 metropolitan areas had rates of computer ownership above the national average, with 31 of them higher by at least 5 percent. Twenty of them were located in the West and two in the South. One hundred twenty-eight metropolitan areas had rates below the national average, with 53 of them lower by 5 percent or more; the majority of these were located in the South.