It is an often-heard discussion point: why do states such as California or New York have such high unemployment rates?

The following is a look the average unemployment rate by state for 2012.

The state with the highest unemployment rate is Nevada at around 11 percent, followed by California at 10.5 percent, Rhode Island at 10.4 percent, New Jersey at 9.5 percent and North Carolina at 9.5 percent.

On the other end of the spectrum, North Dakota has the lowest unemployment rate at 3.1 percent, followed by Nebraska at 3.9 percent, South Dakota at 4.4 percent, Vermont at 5 percent and Oklahoma at 5.2 percent. 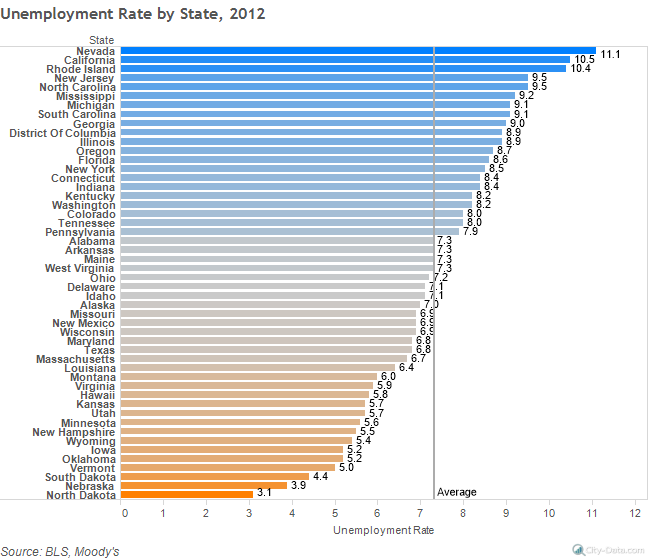 The above figure is a snapshot in time. The question here is how reliable of an indicator is the current snapshot of how things will be five and 10 years from now?

Here is a look at how unemployment rates have changed by state since 1976 in animated GIF format.

It’s tough to tell from the bar charts what exactly is happening. Perhaps a geographic look would provide a better perspective. The following plots the changes in unemployment rate by state by geographic area.

To inspect this further, the following plots the unemployment rate ranking by state by year in 10-year increments.

In contrast, some states made no improvement. For example, Michigan was a high unemployment rate state in 1976 and stayed that way in 1986. The same story holds true for such states as New Mexico, Oregon, Washington, Ohio, Alaska and a few others (states with this story are the top right quadrant). 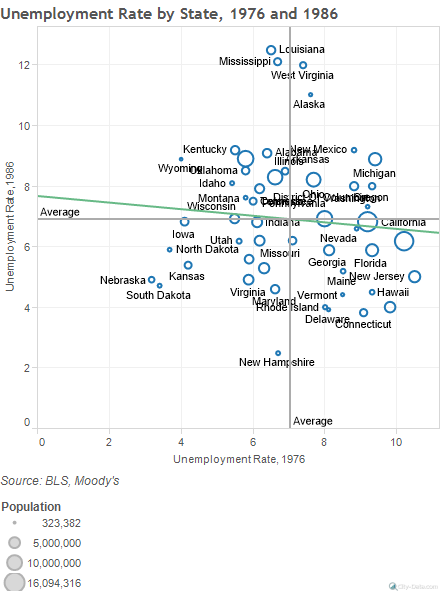 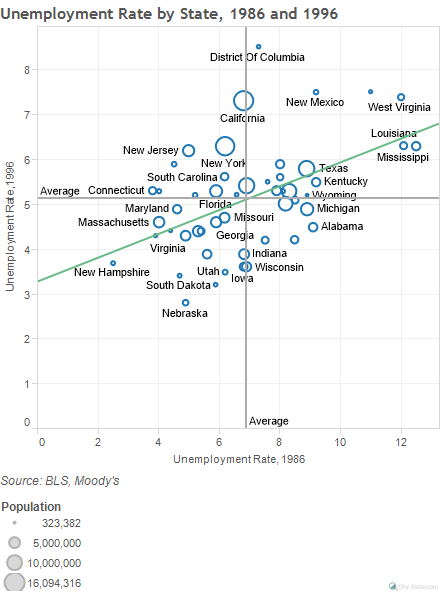 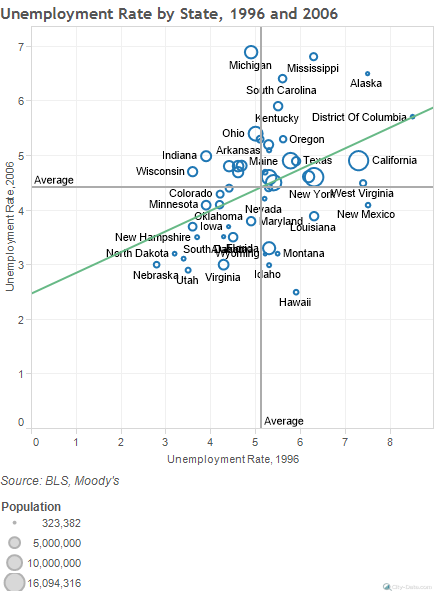 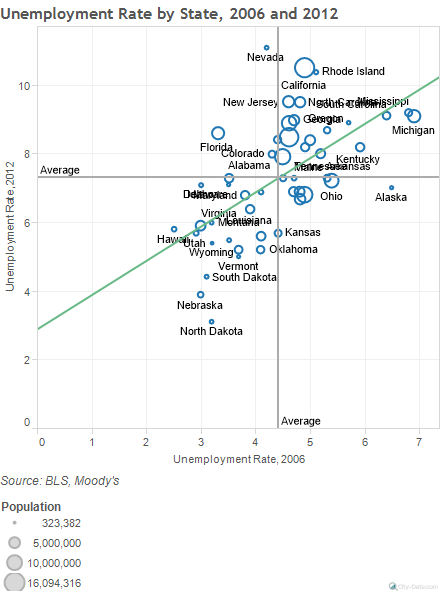 One thought on “Unemployment Across Time and Space: Will the State Differences Stay Around Forever?”