Everyone loves pets. Even pets love pets! According to research published at Statista.com, the most popular pet in the country are freshwater fish – in 2015, a total of 95.5 million freshwater fish lived in American households as pets. Cats took second place, with 85.8 million living as pets. Dogs, man’s best friend, made up 77.8 million. Birds were also popular, with 14.3 million living as pets. There were also 12.4 million small animals and 9.5 million saltwater fish living as pets in households in the United States. Reptiles were chosen as pets by 9.3 million households. Last but not least were horses: 7.5 million pets. 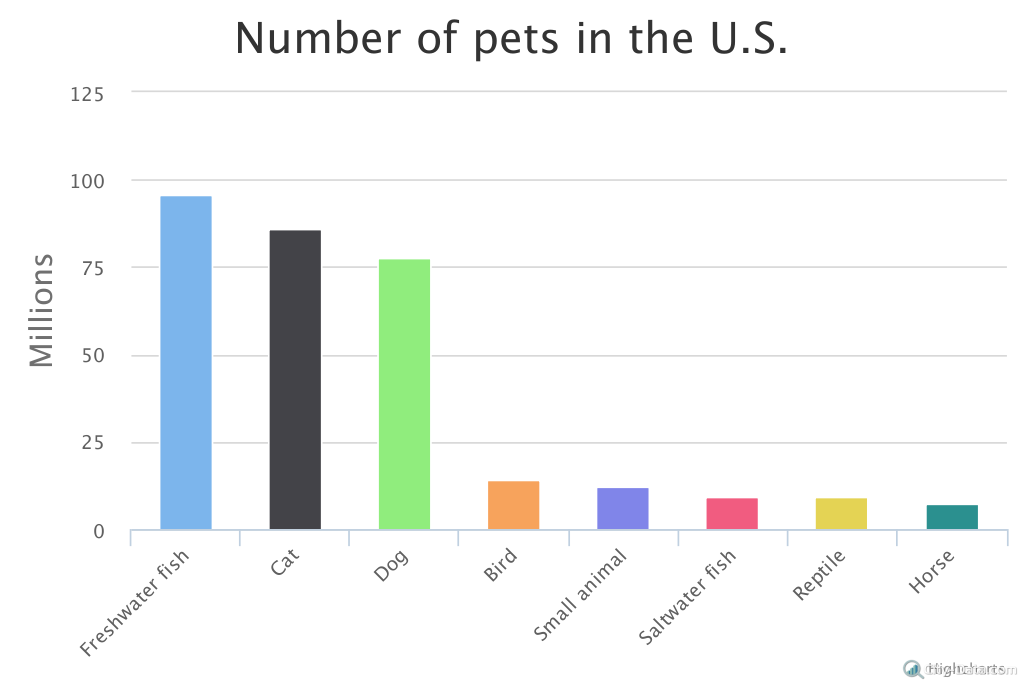 Pets play many roles in the household. Some people described their pet as a best friend (66 percent), while others said that their pet is a snuggle buddy (59 percent). The number of people who stated their pet is a guardian is 37 percent. There are even some people in the United States who described their beloved pet as a child. For another portion of Americans, their pet can play the role of therapist – 25 percent of respondents said that their pet was a therapist. 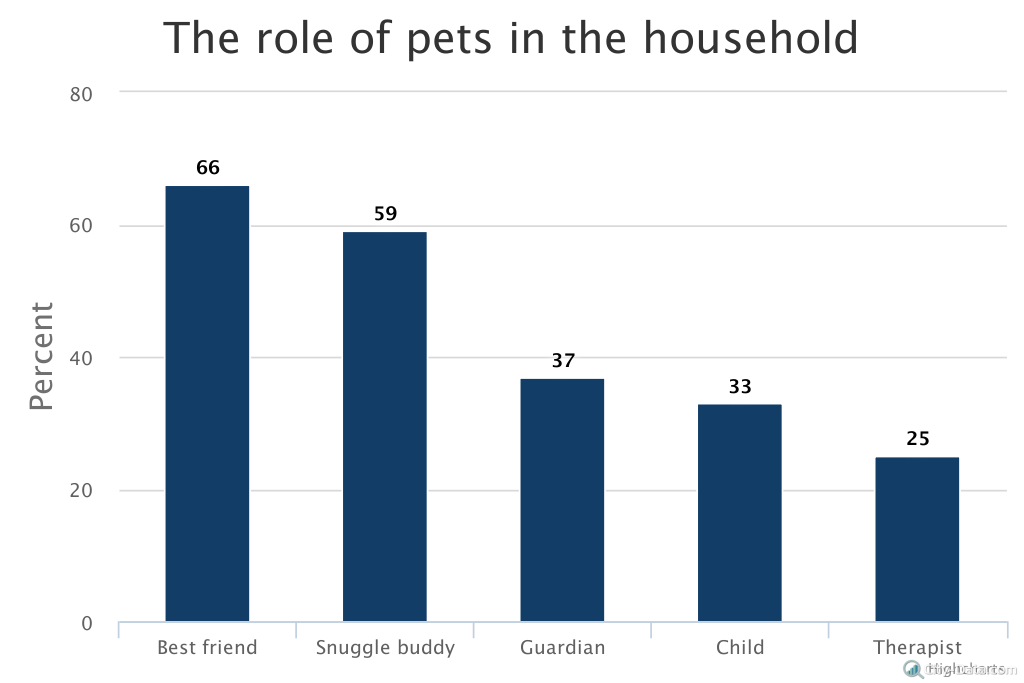 Every pet requires expenses: food, medical costs and even clothing. In 2015, the most common reason for spending money on pets was food — the average owner spent more than $475 per year. Pet’s guardians also needed to spend money on medical expenses (vet appointments, medications, procedures), which amounted to approximately $425.70 dollars per year. Pet sitting/boarding is also a common expense: approximately $128.50 dollars per year. Another of the reasons for spending money was toys ($63.70 dollars per year). Other equipment for pets including habitats, collars and litter costs around $97.40 dollars per year. The average total spending per annum on a pet amounted to $1,191. It is interesting to note that dog owners spend money more than cat owners: $1,311 per year compared to $1,228. 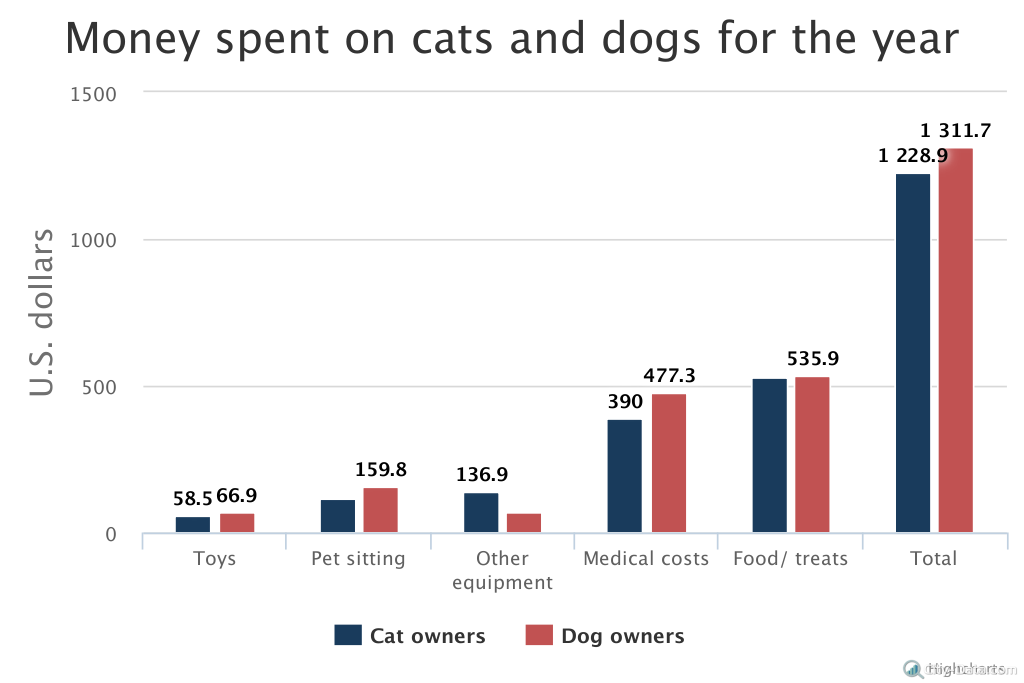 Some people would prefer an exotic animal rather than the usual dog or cat. Two years ago a survey asked respondents, “Which exotic animal would you like to have as a pet?” and proposed a few answers: an alligator, a dinosaur, an elephant, a giraffe, a tiger or a polar bear. About 26 percent chose a tiger as their possible pet. About 20 percent of respondents said they would like to have a giraffe as their pet. A dinosaur was chosen by 18 percent of respondents. About 16 percent and 14 percent said that they would like to have an elephant and a polar bear as their pet respectively. Only 6 percent chose an alligator. 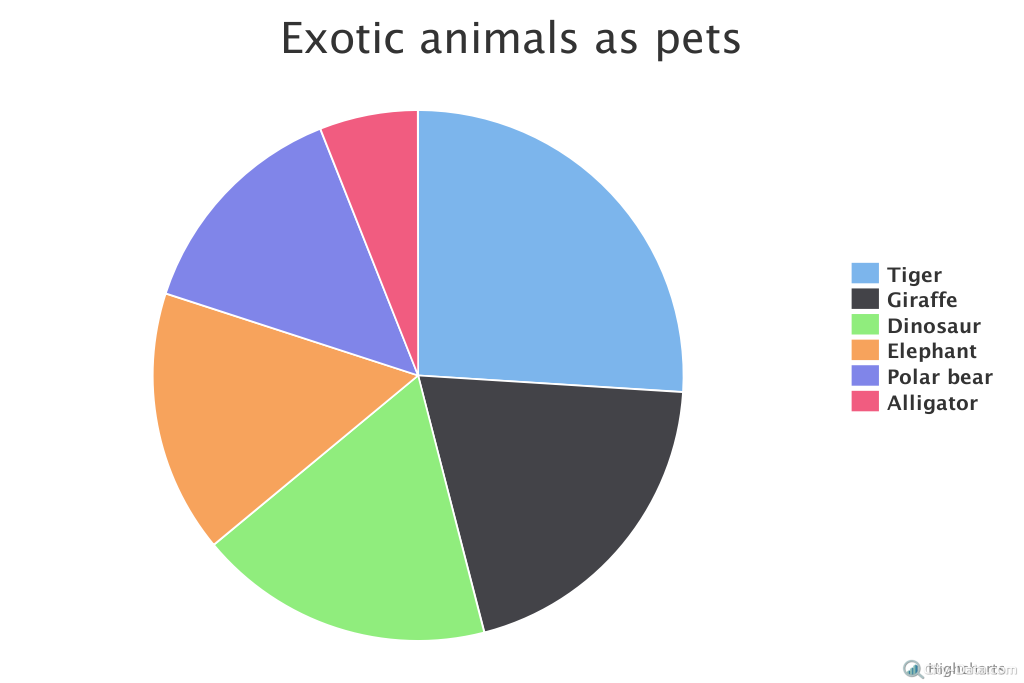