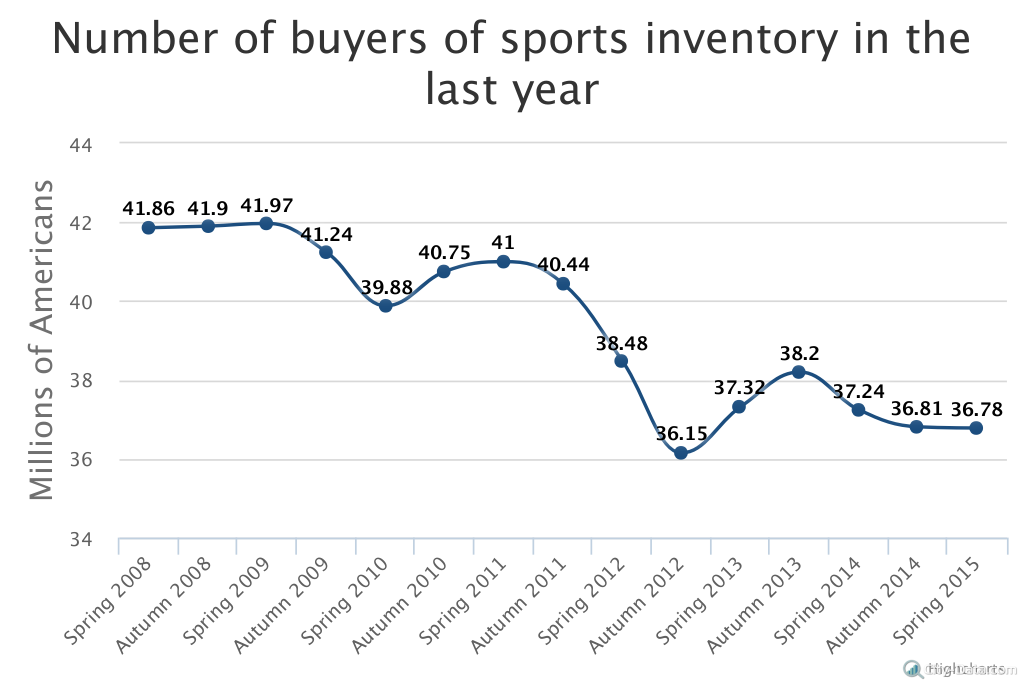 In accordance with the information represented by the National Sporting Goods Association in 2014, the largest portion of consumers purchased hunting and firearms equipment – the total volume amounted to around $6.7 billion. Consumer spending on exercise equipment and golf equipment were approximately $6.4 billion and $3.4 billion respectively. Bicycling equipment was also popular among consumers in the U.S.: $2.28 billion of total market volume. Fishing tackle was a popular purchase for many people with a total volume of over $1.5 billion. Consumer spending on binoculars and sunglasses amounted to $1.34 billion in 2014. 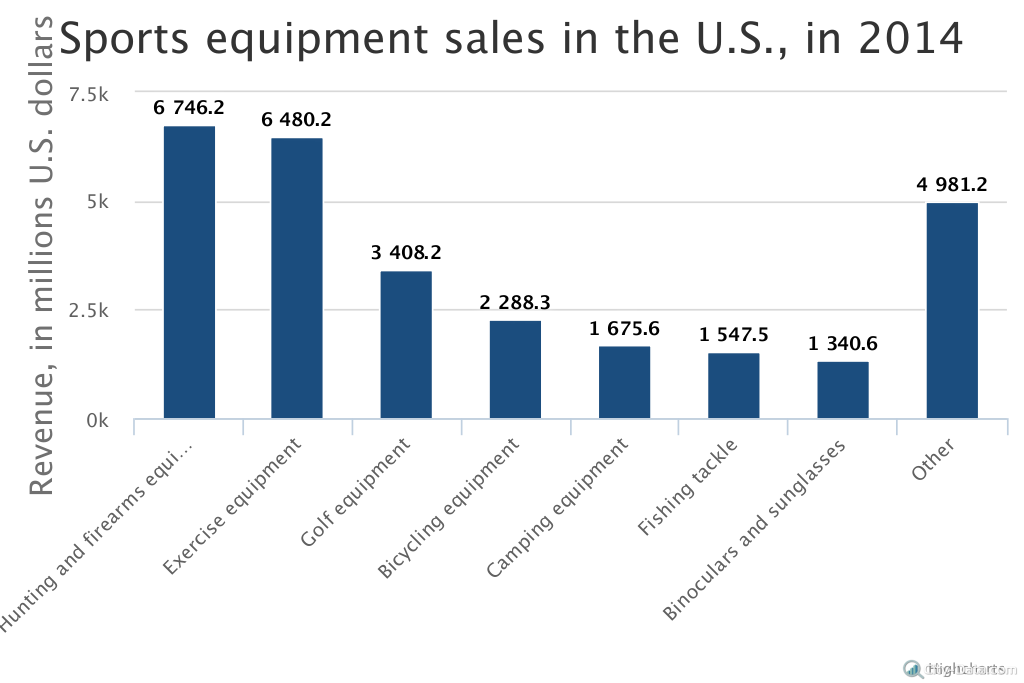 The American company Nike is the leading international sports equipment manufacturer with an estimated revenue of roughly $25.14 billion in 2014 (almost twice that of the German company Adidas). North America is the largest segment for the company, accounting for the largest portion of Nike’s total revenues. The footwear sector amounted to about $7.4 billion of Nike’s North American revenue in 2014. The apparel sector brought almost $4 billion. The equipment sector was the smallest part of Nike’s business: $864 million in North America in 2014. The footwear and apparel sectors’ rates increased in 2015: Nike’s North American revenue in the footwear sector amounted to about $8.5 billion, while the apparel sector approximated to $4.4 billion. The equipment sector brought in nearly $824 million. Nike’ global revenue amounted to about $30.6 billion in 2015 and $27.7 billion in 2014. 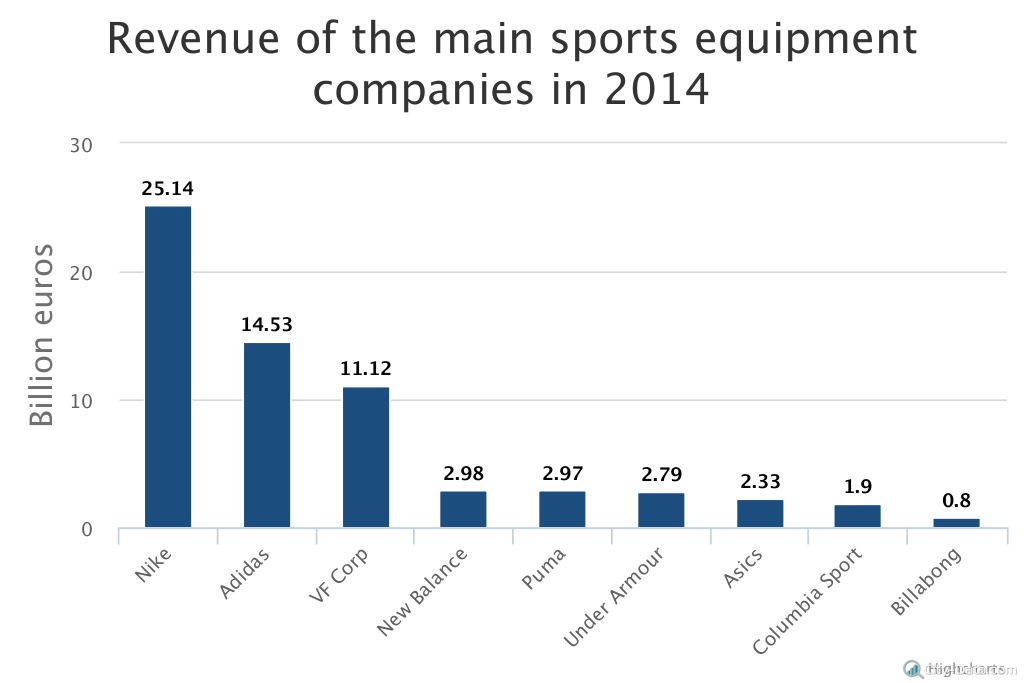 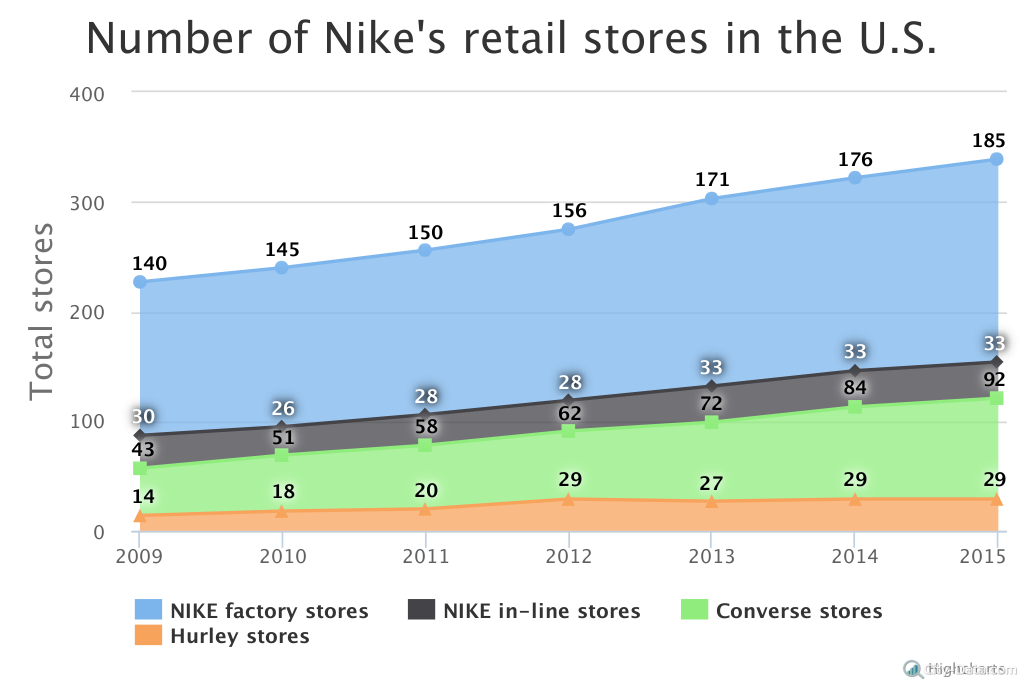