In 2014, the United States led the world in organic food revenue, generating over €27 billion according to Statista.com. Germany had the second-largest market, with organic food sales amounting to approximately €7.9 billion. Third-place France produced around €4.8 billion. 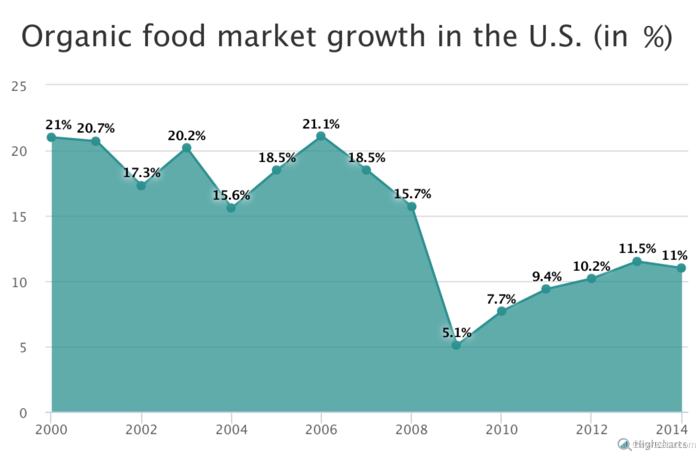 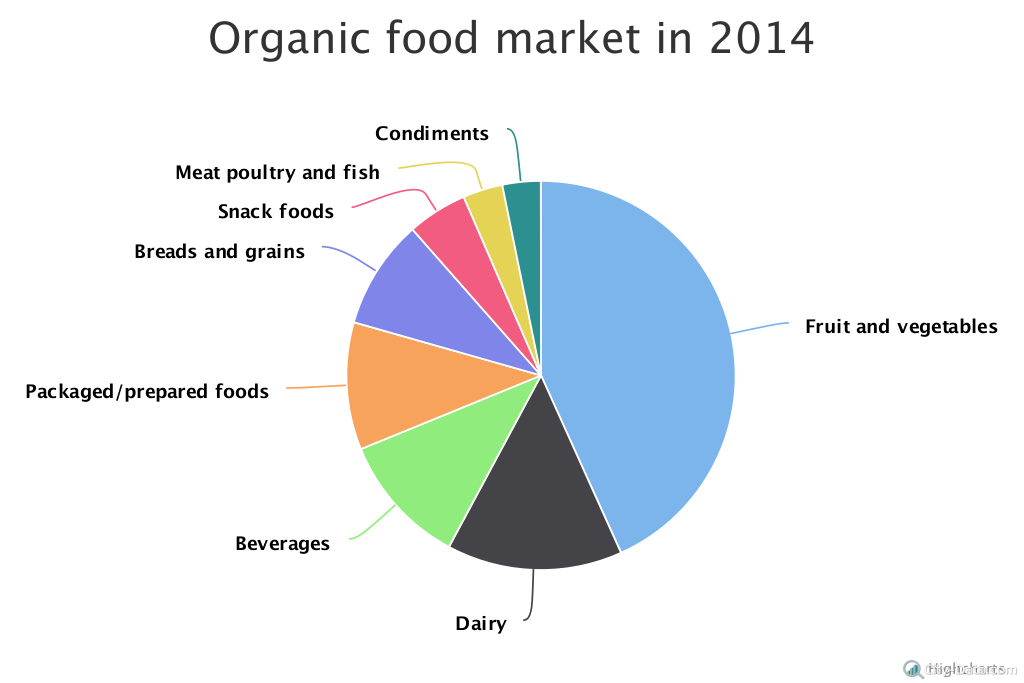 Now let’s analyze the importance of the “organic” label in food and beverage purchasing decisions among different generations of American consumers. A 2014 survey by Harris Interactive suggested that 55 percent of millennials considered the label organic as either a very or somehow important driver for their grocery purchasing decision. About 50 percent Gen Xers stated that an “organic” label on food was very important to them. The shares of baby boomers and Matures who felt this way about the “organic” label were 38 percent and 35 percent accordingly. 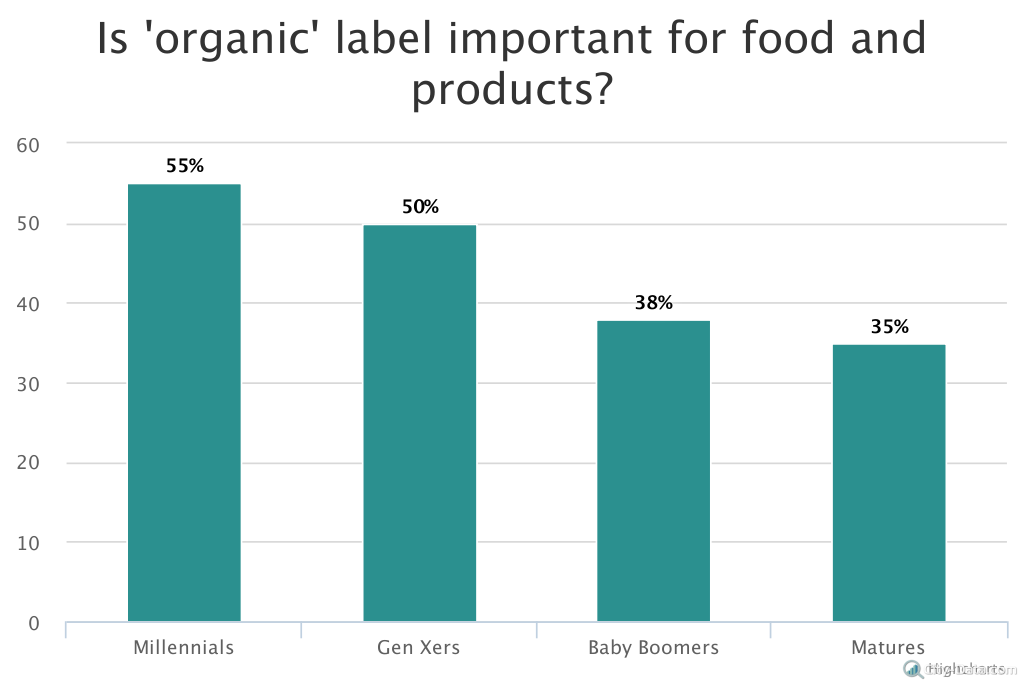