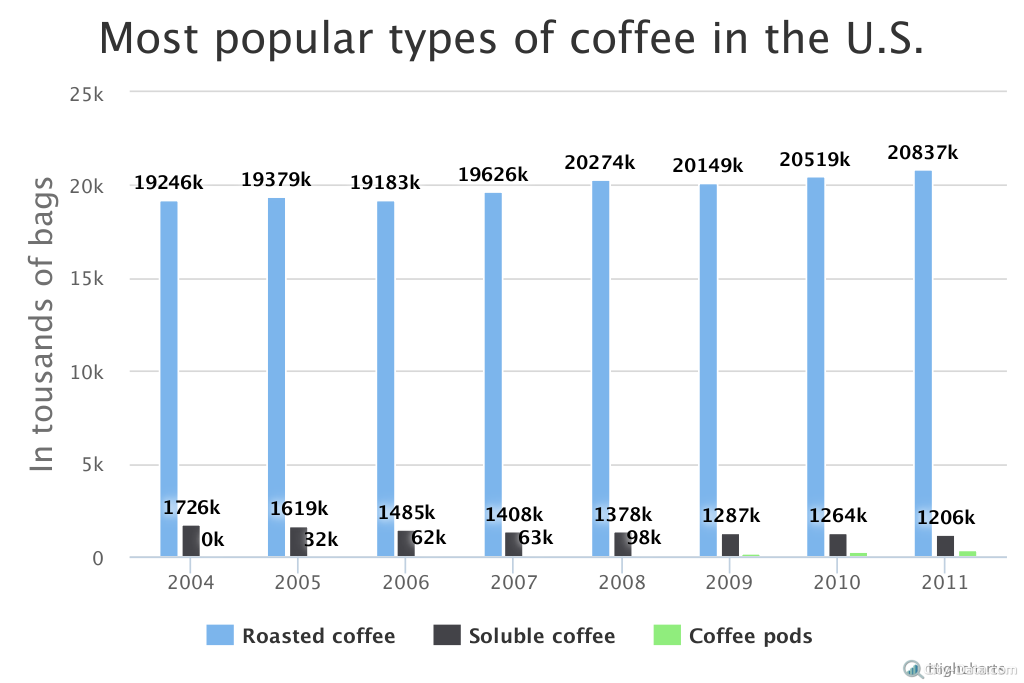 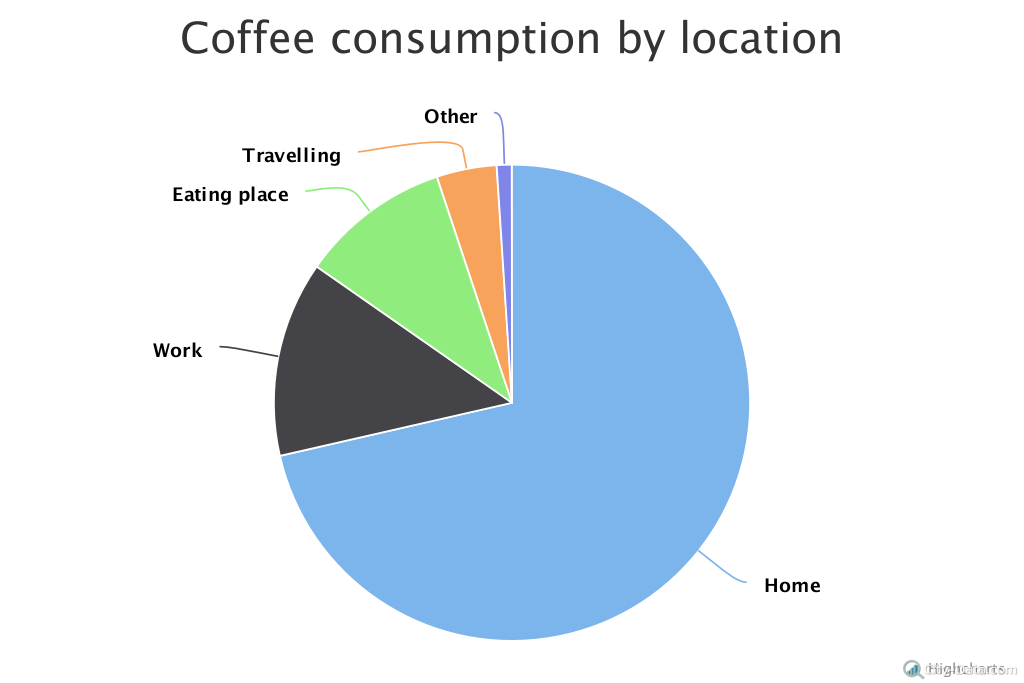 In the United States, tea is coffee’s largest competitor. If we break down coffee versus tea preference by age group, we see that 42 percent of people aged 18-29 prefer coffee, and the same percentage prefer tea. People aged 30 to 44 mostly prefer to drink coffee: 50 percent compared to 35 percent. Coffee’s dominance is still prevalent in the 45-64 age group; 62 percent preferred coffee, while 28 percent preferred tea. The highest rate of coffee lovers was recorded among people aged 65 or older: 70 percent. Only 21 percent of people in this age group were tea lovers. 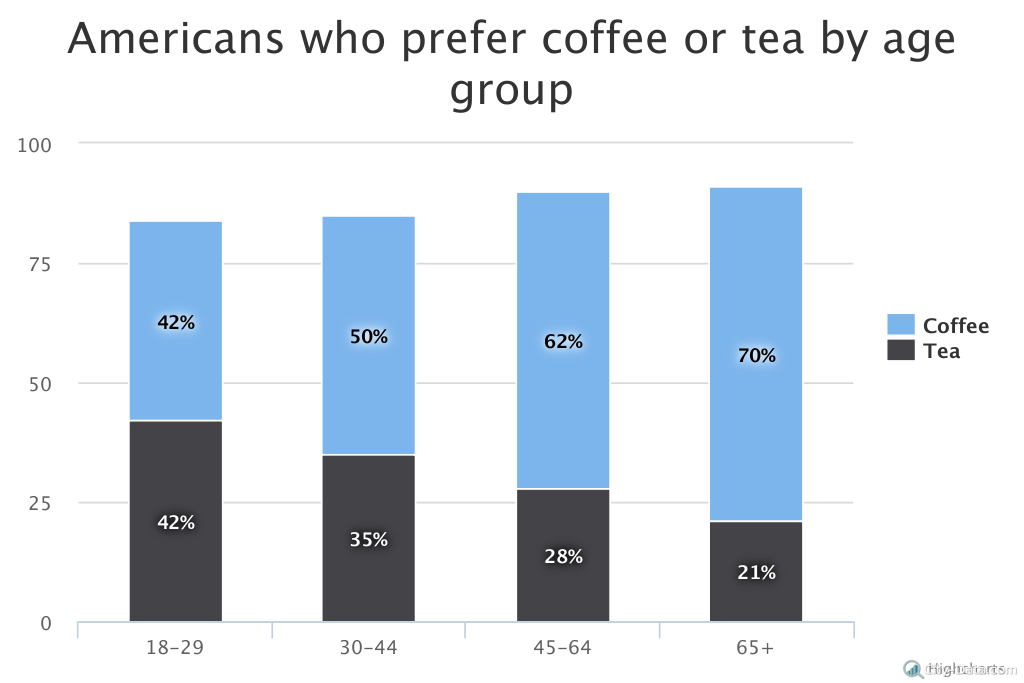 4 thoughts on “Coffee consumption in the United States”