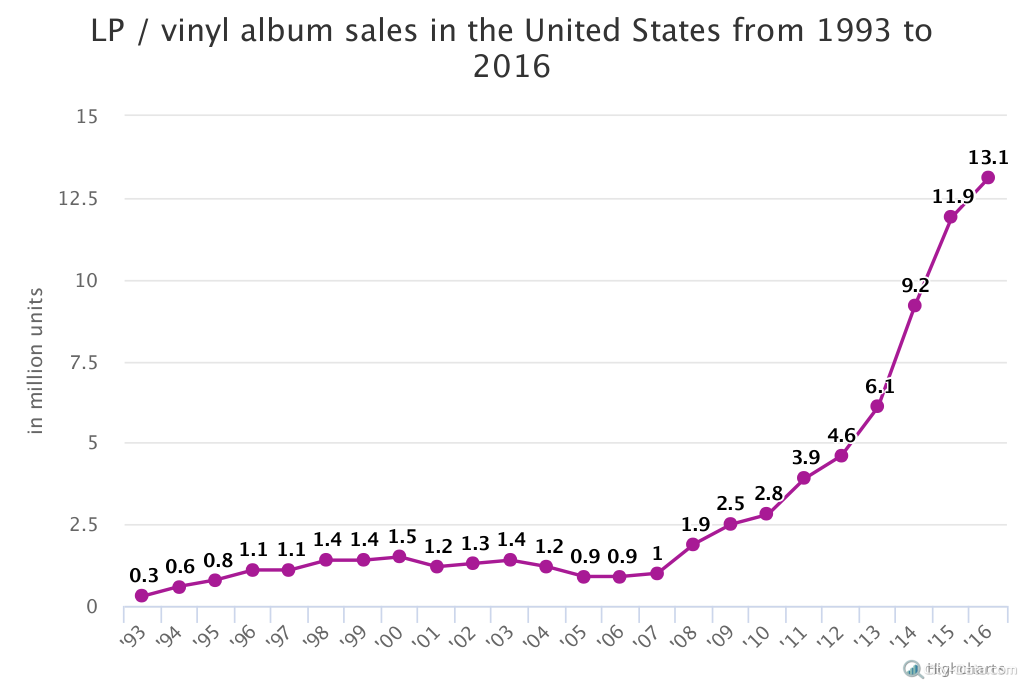 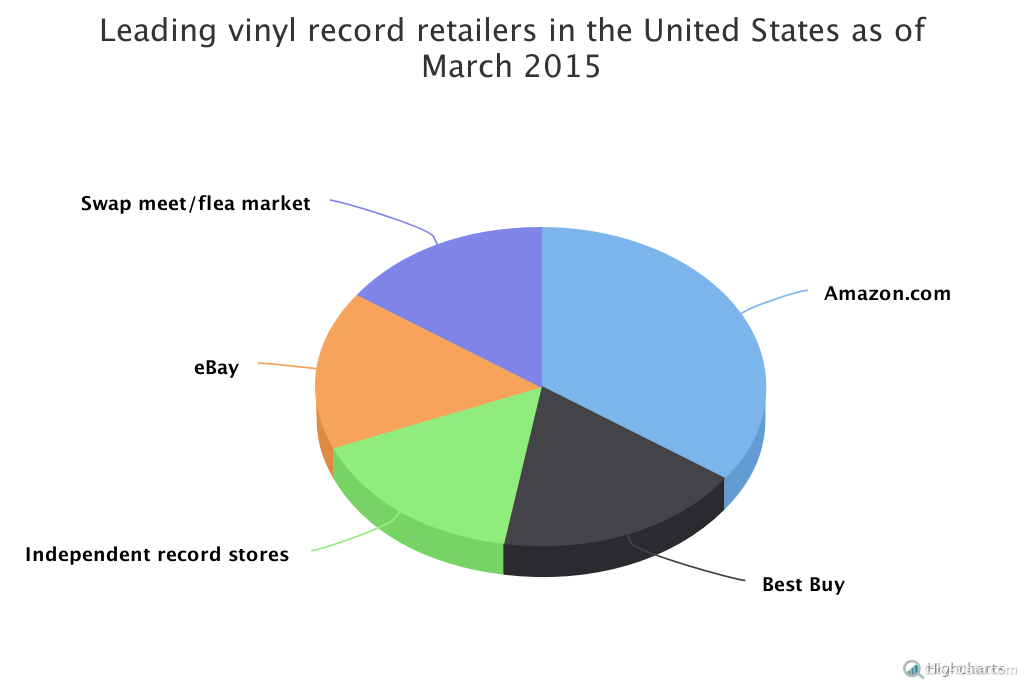 During a survey conducted in April of 2016, it was found that 5 million consumers bought used vinyl records and more than 3 million consumers bought new vinyl records in an average month. The largest share of vinyl listeners was found among people aged 55 years and older: 26 percent. About 24 percent of vinyl listeners were between the ages of 13 and 24. Vinyl listeners aged 25 to 34 composed 20 percent of the overall number, while people aged 35 to 44 made up 14 percent. It was also found that 17 percent of vinyl lovers were people between the ages of 45 and 54. 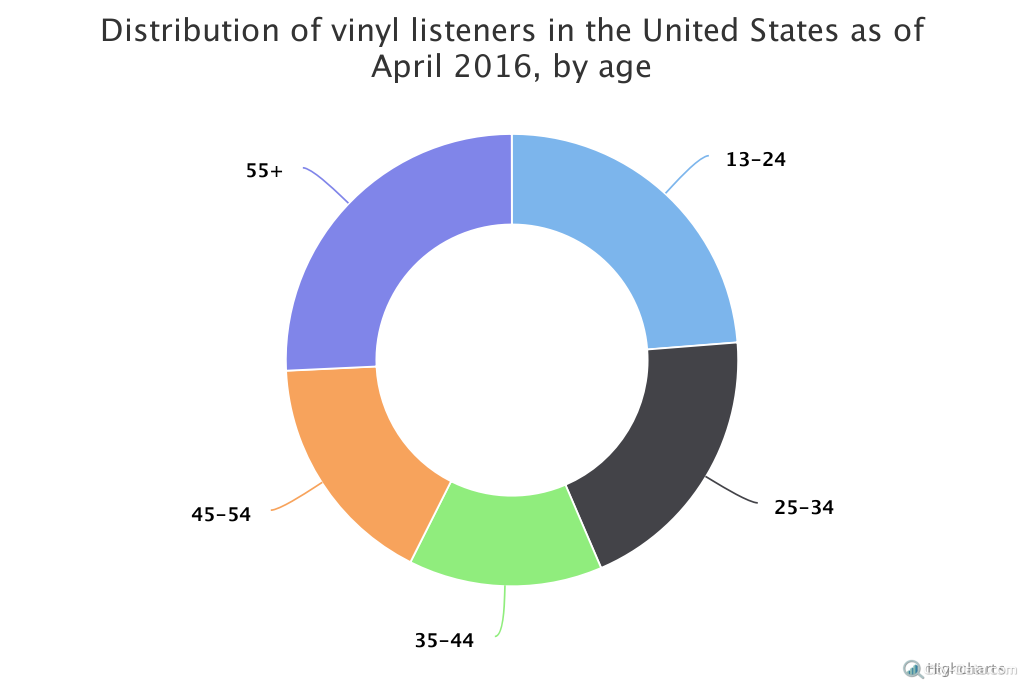 In 2015, the top-selling vinyl album in the United States was “25” by the strong-voiced British singer Adele. This album, which was released on November 20, 2015, came in first with over 115,000 vinyl copies sold. Taylor Swift took second place with her album “1989,” which sold 74,000 vinyl copies. The comeback album “Dark Side of The Moon” by Pink Floyd was third with 50,000 vinyl copies sold.

In 2016, the top-selling vinyl album in the United States was the album “Blurryface” by the sensational alternative duo Twenty One Pilots; its sales amounted to 68 million copies. “Blackstar” by the legendary David Bowie was purchased by 66 million vinyl listeners. The top hit of 2015, Adele’s “25”, took third place with 58 million copies. The sales of Amy Winehouse’s “Back to Black” amounted to the same number — 58 million copies. 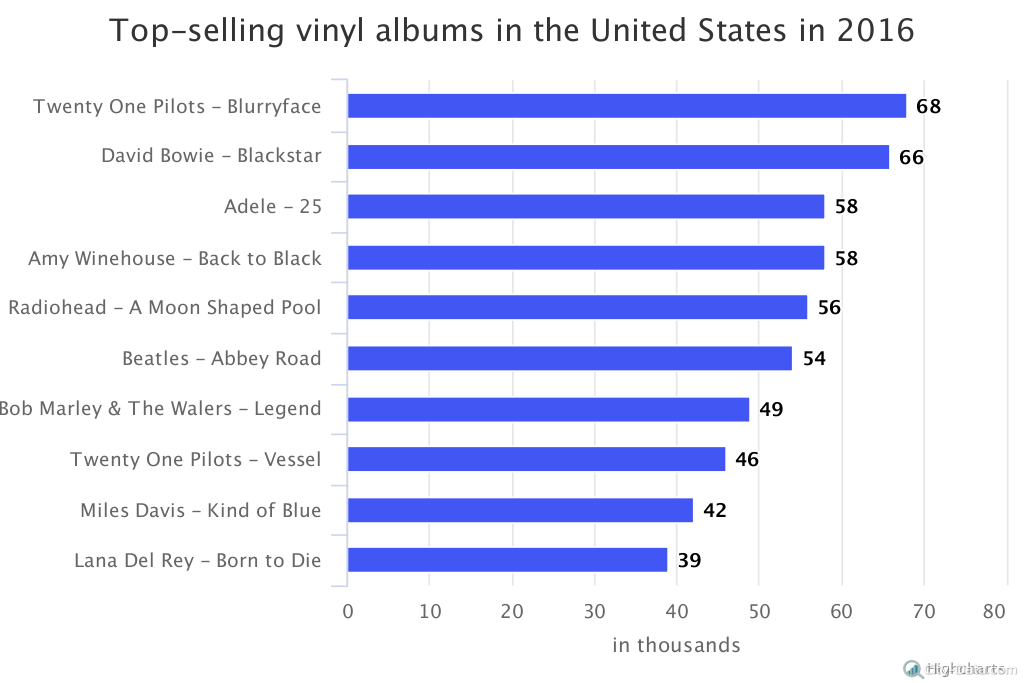