Transportation is obviously an important step before a product can be displayed on a supermarket shelf or dispatched from a post office. The process of transportation and warehousing is generally managed by some logistics company. The Asian Pacific region is the largest third-party logistics market, generating more than $280 billion in 2016. The North American third-party logistics market generated approximately $199 billion in the same year.

The largest company that manages logistics in North America is UPS Supply Chain Solutions, according to information presented by Statista.com. In 2016, UPS generated more than $3 billion in net revenue in North America. This company is a subsidiary of United Parcel Service, which saw over $58 billion in revenue in 2014 and employed about 435,000 thousand truckers, pilots, mechanics and office workers.

The second leading logistics company in North America is XPO Logistics Inc. This company generated about $2.8 billion of net revenue in 2016. J.B.Hunt Transport Services Solutions ranked third with over $2.6 billion US dollars in net revenue in the country. C.H.Robinson Worldwide and Expeditors International of Washington came fourth and fifth, with $2.2 billion and $2.1 billion in net revenues in North America respectively. 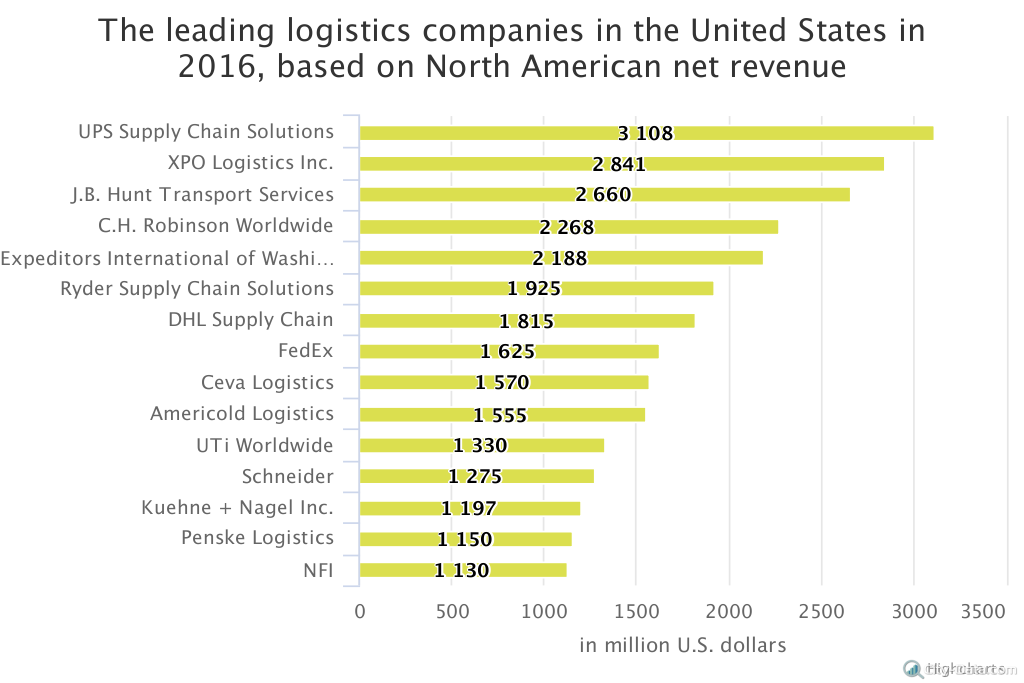 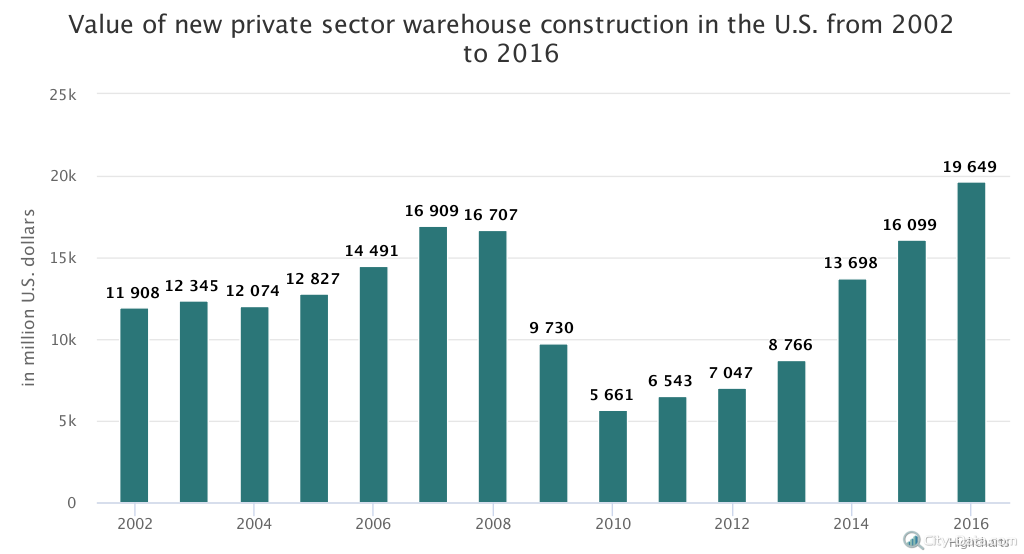 2 thoughts on “Transportation and warehousing: the business of logistics”