In this post, we’ll explore the data on luxury car sales, finding which markets are the largest in the world and the most popular manufacturers. The forecast suggests that manufacturers will sell approximately 2.42 million luxury automobiles in 2020. This number is the second largest in the world, second only to China, which is expected to sell 3.1 million premium vehicles. Germany comes in third with an expected sales volume of 1.11 million premium automobiles.

Honda’s brand Acura, which enjoys relative popularity in the U.S., had a luxury car market share of 7.8 percent. The overall market shares of Nissan’s Infiniti and Ford’s Lincoln amounted to 6.7 percent and 5.4 percent accordingly. 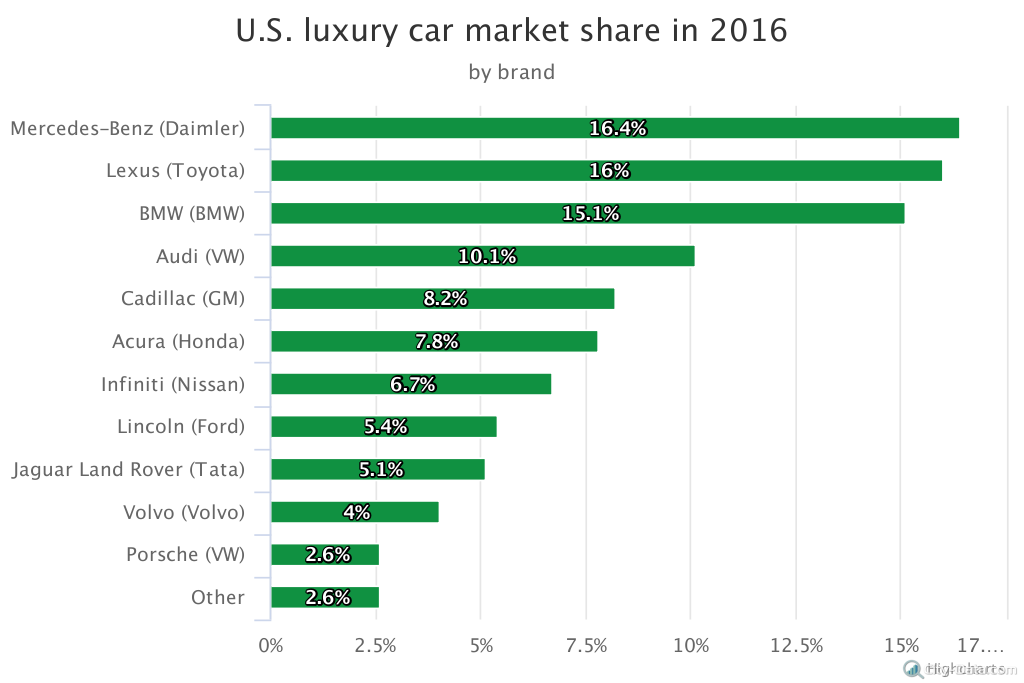 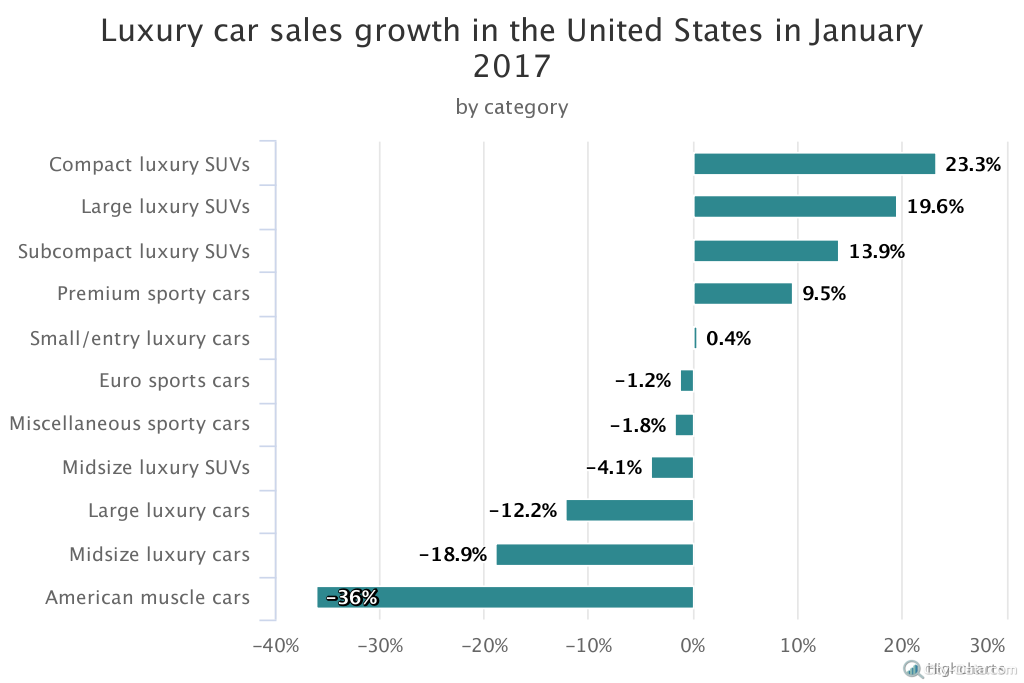