In this post, we will investigate the demographic features of same-sex couples. We will once again use American Community Survey data, namely the ACS 2015 five-year sample processed by the IPUMS project. In this version, IPUMS USA has introduced a specially-constructed variable to their version of the American Community Survey. Using answers to different questions of the survey form, they attempt to pinpoint the location of the respondent’s potential spouse in the same household. This allows us to identify both same- and opposite-sex couples. 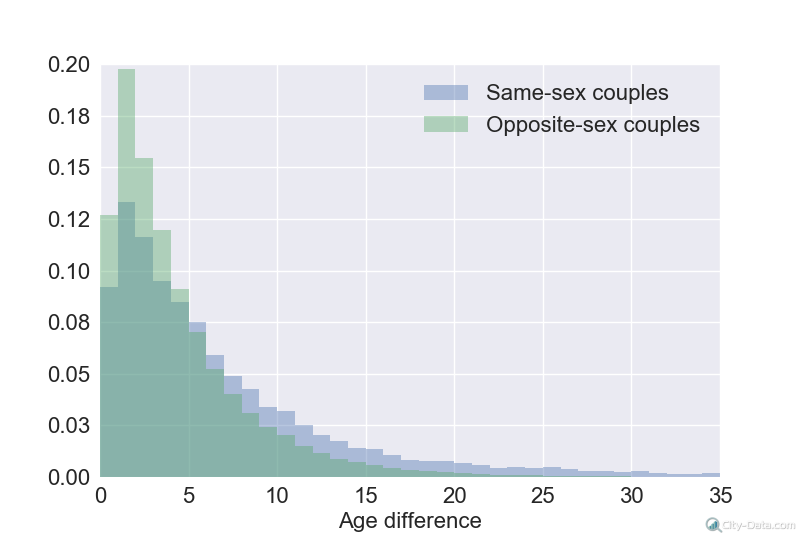 A gap between partners’ ages in a relationship may be a sensitive topic. It can be affected by an individual’s cultural background, traditions and other circumstances. On the next graph, we plot the distribution of the age differences among different types of couples. Remember, however, that we considered all couples that were living together at the time of the survey and not just married couples.

Alexander is a Ph.D. student in Computer Science. He currently holds B.S. and M.S. degrees in Applied Math. He has experience working for industry major companies performing research in the fields of machine learning, data mining and natural language processing. In his free time, Alexander enjoys hiking, Nordic skiing and traveling.

Other posts by Alexander Fishkov: