In this post, we’ll examine some numbers on stress in the United States. There are many sources of stress, and the impact of the same source of stress always depends on the person affected. The chart below shows the statistics on the share of Americans who felt their personal safety was a very or somewhat significant source of stress from 2012 to 2017. In 2012, 29 percent of respondents stated they felt stressed about their personal safety. The number grew slightly in the next year, reaching 30 percent. 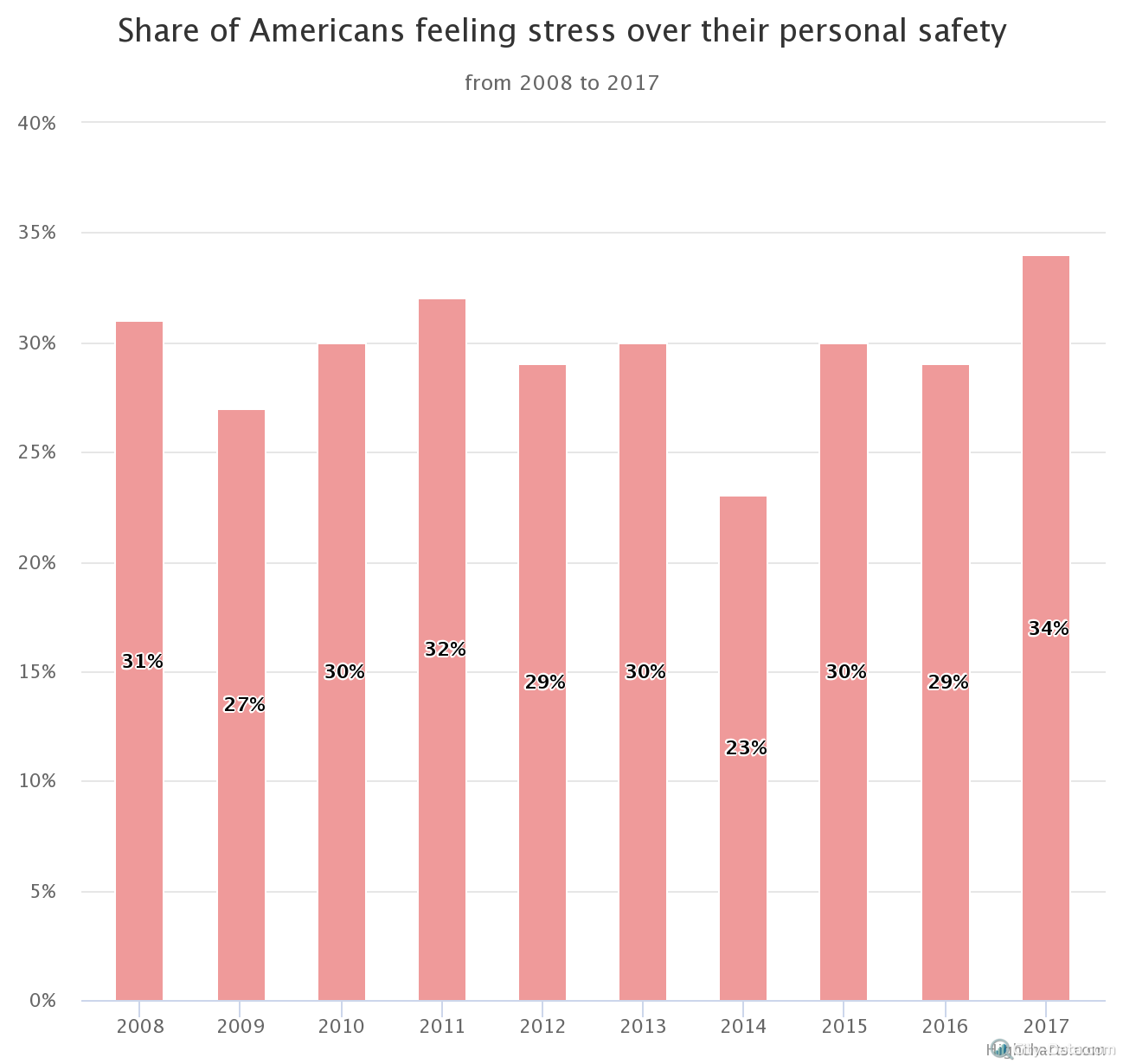 Family responsibilities are another common source of stress — these were named by 69 percent of Asian adults, 50 percent of white adults, 61 percent of Hispanic adults and 59 percent of black adults living in the U.S. 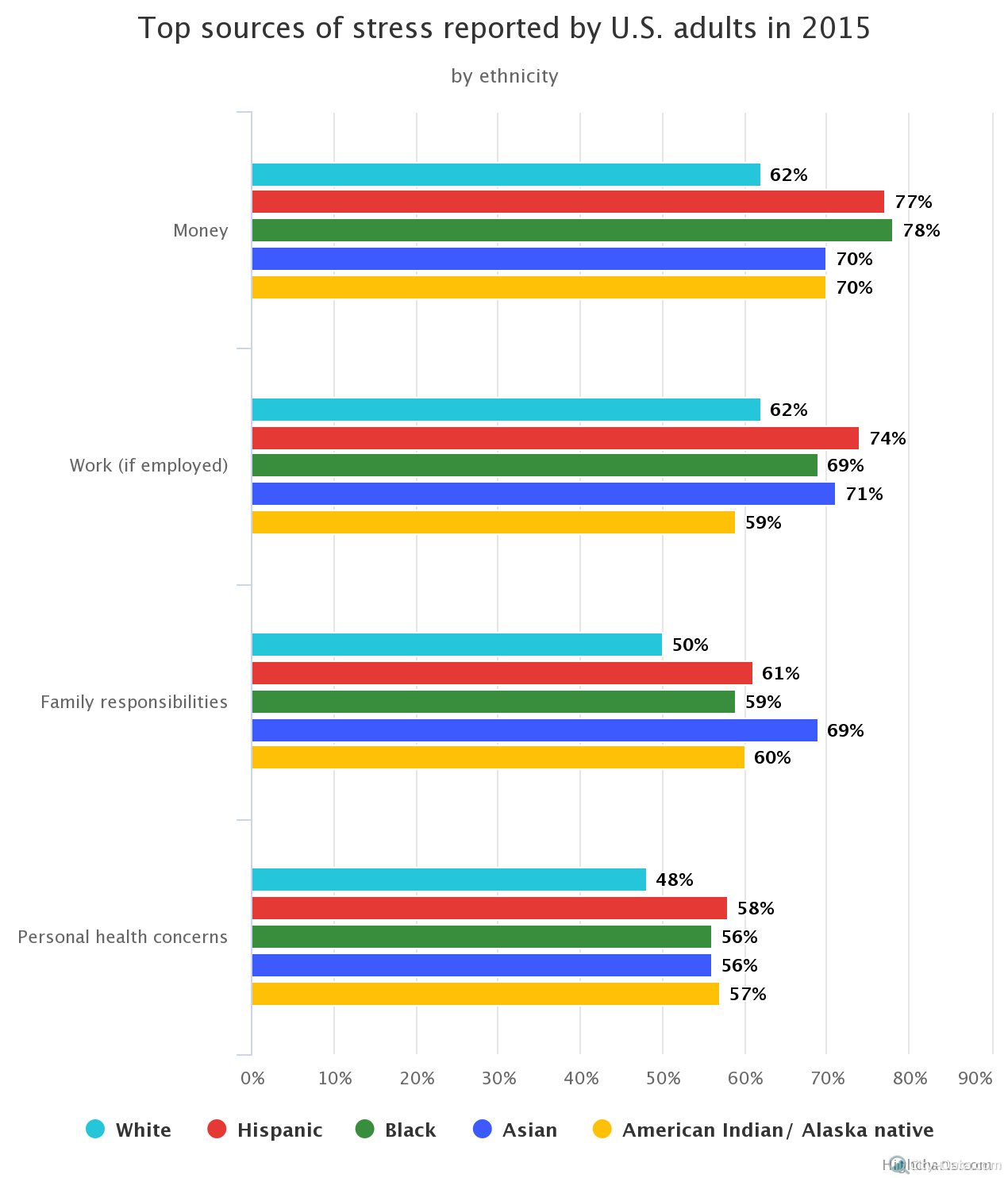