More than half of all new homes in the United States are sold with a fireplace (or several), according to the U.S. Census Bureau’s Survey of Construction. Still, as the map below shows, fireplaces are more popular in some states than others. 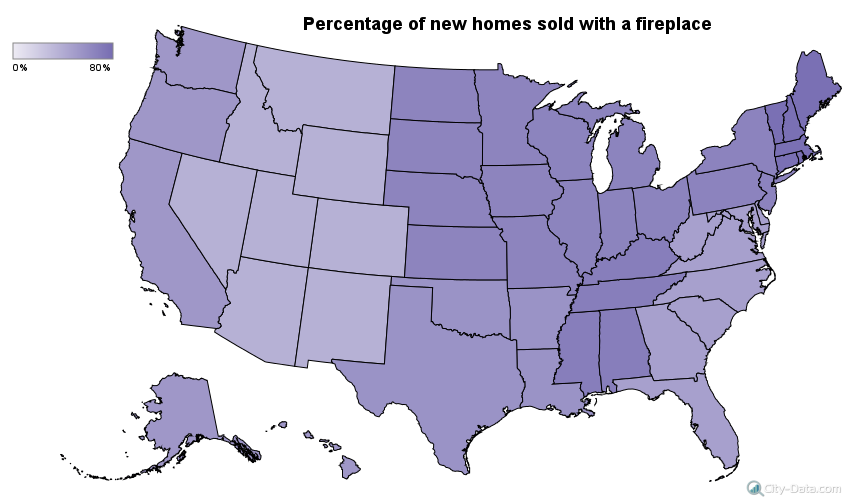 Namely, only 38 percent of all new homes in the Mountain states have at least one fireplace, compared to 74 percent in New England. Also, as expected, there are more generally homes with fireplaces in the northern states. 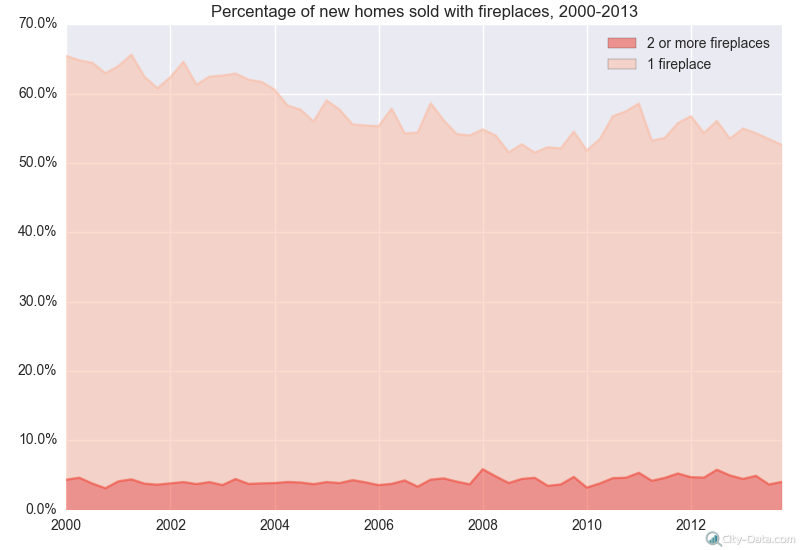 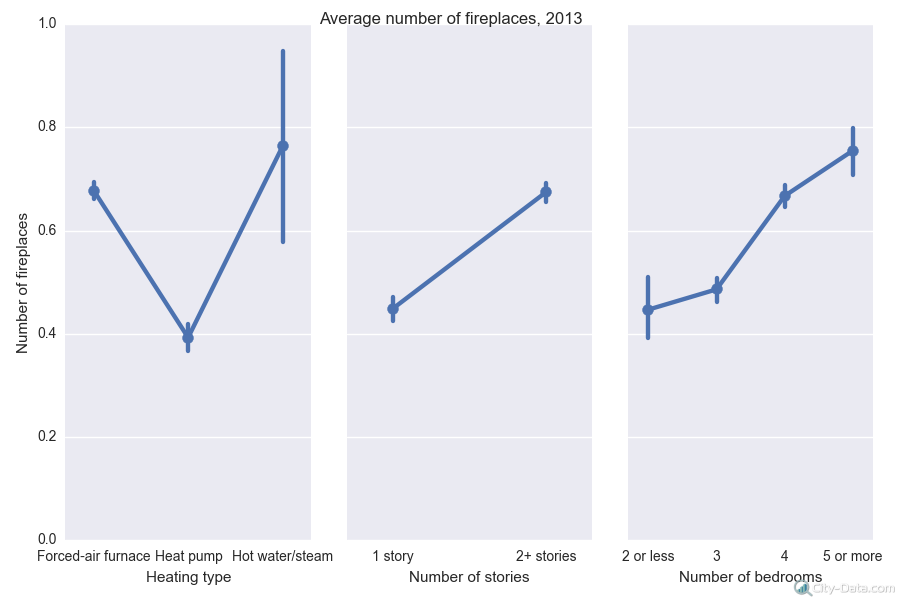 The number of homes with a fireplace is significantly lower (only two in five) among those with a heat pump, compared to other types of heating. Multi-floor houses have over a 20 percent higher chance of featuring a fireplace than single-floor homes. Also, it should not come as a surprise that the percentage of homes with a fireplace increases with the number of bedrooms. Interestingly, the biggest difference is between three-bedroom and four-bedroom houses.

One thought on “Fireplaces are getting less popular in smaller homes”