According to the U.S. Census Bureau’s Survey of Construction, the number of new houses with basements is declining across the U.S., down by almost a quarter from 40 percent of new homes in 2000 to 32 percent in 2013. Surprisingly, not only did the relative number of finished basements rise, but there has also been an increase in the absolute percentage: 9 percent of all new homes in the U.S. now have a finished basement. 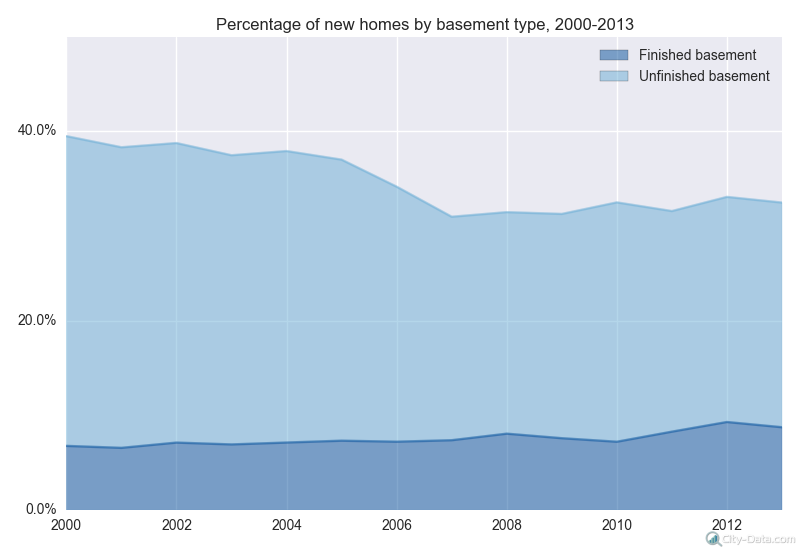 This shows us that finished basements are becoming more popular. In order to better understand the reasons behind it, we must look at the data more closely. First, let’s see how the percentage changed on the U.S. map. 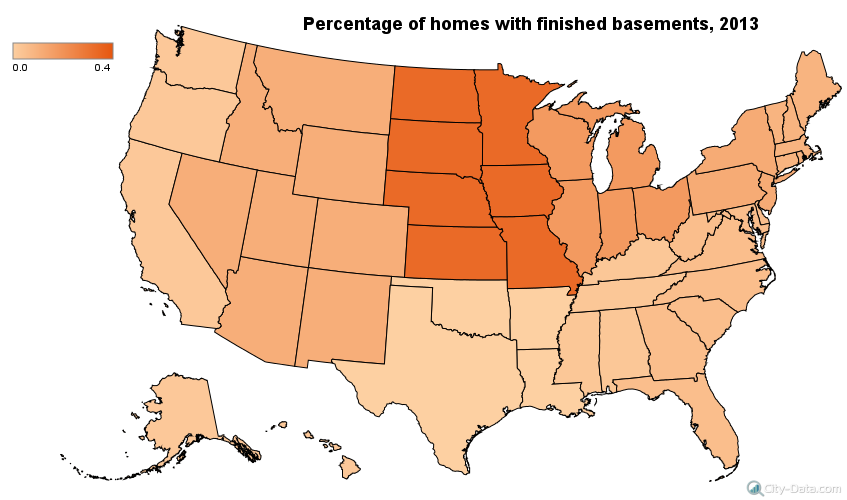 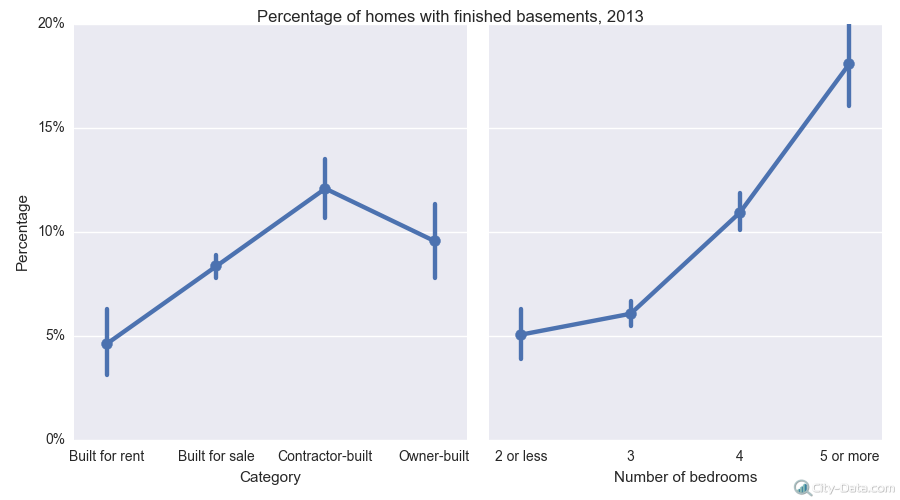 Interestingly enough, large houses (those with five or more bedrooms) most often have finished basements — they appear in around 18 percent of these homes. You might think that owners of smaller houses are more in the need of that extra living space. It appears, on the other hand, that these owners prefer not to finish their basements, with only 5 percent of them doing so. Houses built for rent or for sale have finished basements less often than owner-built and contractor-built homes, at 9 and 12 percent respectively.

One thought on “Finished basements are becoming more popular, especially in large houses”