Where are fire incidents reported in North Aurora, IL

According to the data from the years 2002 - 2018 the average number of fire incidents per year is 30. The highest number of reported fires - 58 took place in 2014, and the least - 16 in 2011. The data has a rising trend.
The average number of yearly fire incidents per 10k residents in North Aurora, IL compared to nearest cities:
(Note: Based on data for the last 3 years, including only cities with population 5,000 and above) 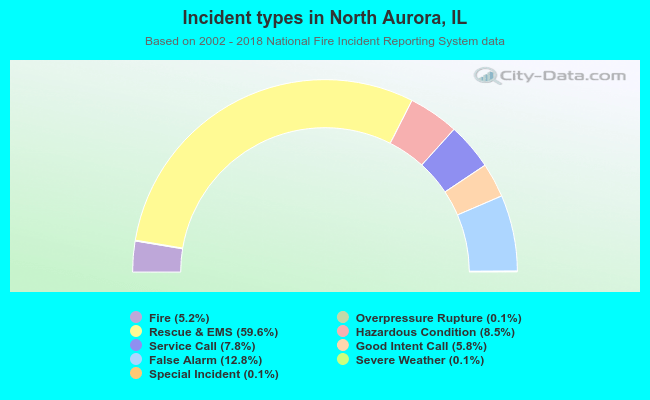 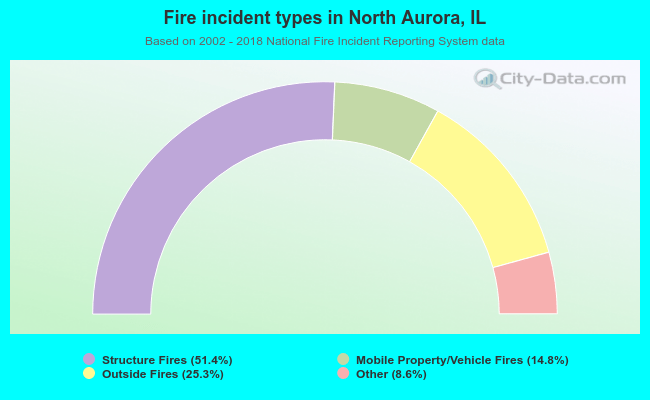 When looking into fire subcategories, the most incidents belonged to: Structure Fires (51.4%), and Outside Fires (25.3%). 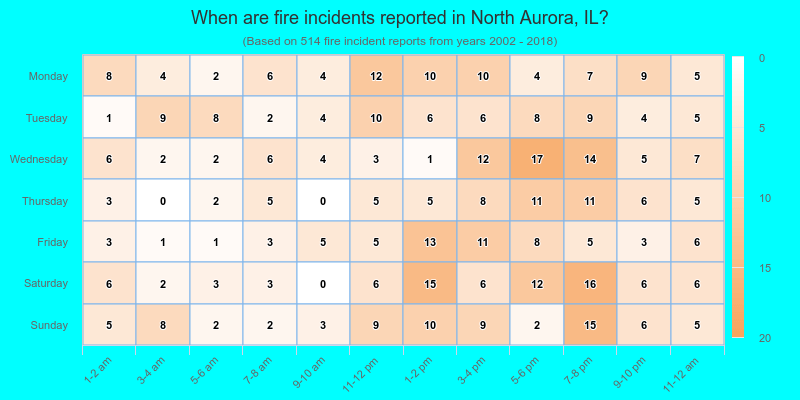 City-data.com does not guarantee the accuracy or timeliness of any information on this site.  Use at your own risk.
Some parts © 2022 Advameg, Inc.