When exploring U.S. Census Bureau census data, we saw that even within one state, counties may see significantly different changes in local employment numbers.

While we don’t have any personal data, local changes in employment numbers are indicative of the total number of people who have lost their jobs, become employed or even switched careers.

First, we take the variance of employment change in every state, averaged by five major industry sectors. 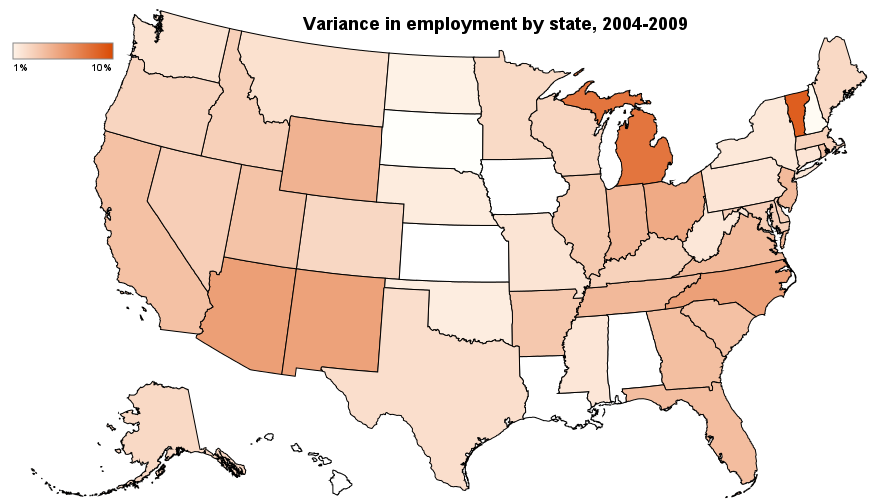 While we see that there are a few states with significantly higher numbers (three to four times the national average in Vermont and Michigan), there seems to be no clear geographical pattern here.

The pattern emerges once we look at the change of numbers in relation to the average wage. We split all counties into groups of 10 percent by average wage (ignoring those with less than 100 people employed). Calculating the employment change variance for each group, we see that out of the five largest sectors, four apparently show that the variance decreases for counties with higher-paid jobs. For example, comparing the top 10 percent of the counties with the bottom 10 percent, we see that the variance is two to four times larger in the latter. The only sector where the decrease is not very significant is Finance. 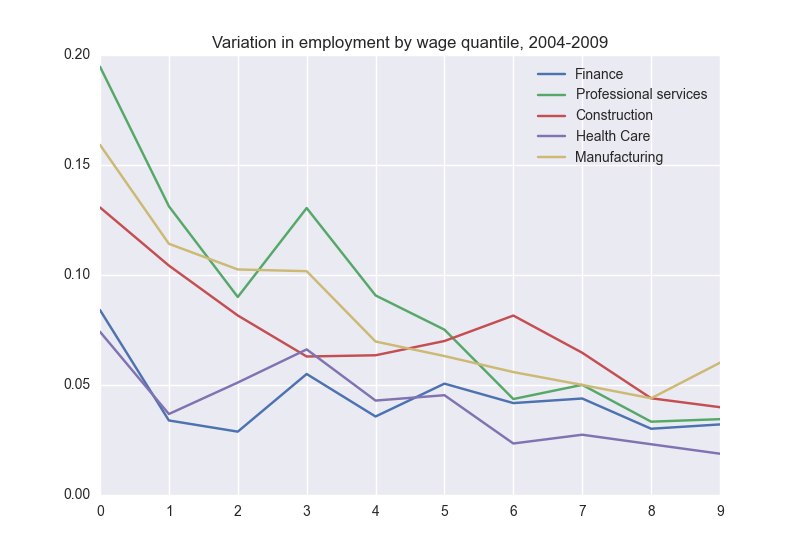 In conclusion, unless you work in finance, the probability of you becoming unemployed or having to switch careers is inversely related to your wage.