One of the most remarkable elements distinguishing the U.S. democracy is the alternation between Democratic and Republican party. In 2014 the U.S. was involved in the midterm elections. That’s a fact; now let’s examine how the vote has changed in the past four years between the parties, and this change’s relationship with the Internet’s growth as a “campaign tool.”

Something is changing, but definitely not very quickly: 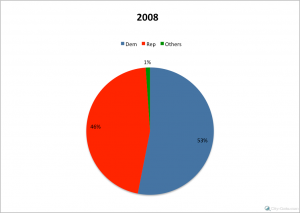 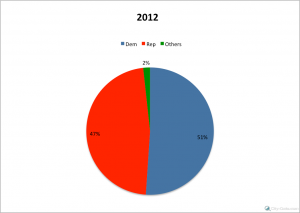 Reviewing previous elections, we can see that the number of voting people is increasing across the years. 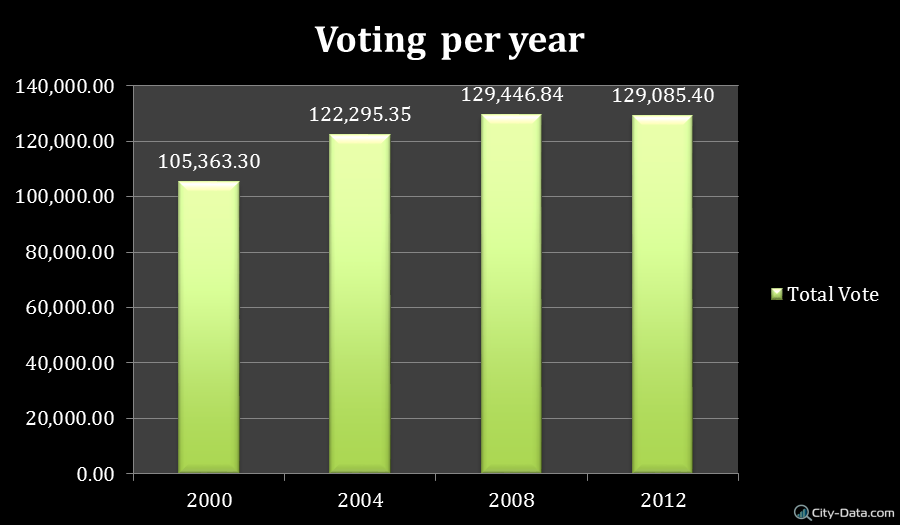 Why did the number of voters change?

There are two main reasons. The first reason: the campaigns for increasing the registration numbers created a 5 million increase in registrations during 2004-2008. The second reason: the voting-age citizen population in the United States increased by 9 million people in the same period. The Census Bureau reports that the population is growing quite fast in the U.S., from 281,421,906 in 2000 to 316,364,000 at the end of 2013. 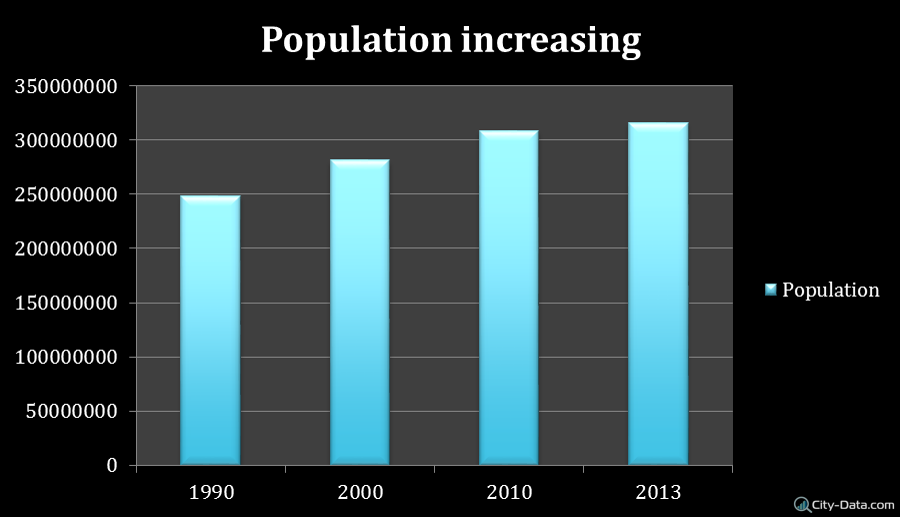 The Democratic Party lost votes in the most of states between 2008 and 2012, but gained votes in 14 states. However, there should be some demographic reasons, because in the same states, except for Alaska, the Republican Party got more votes as well.

Is Internet search habit impacting vote changing between 2008 and 2012?

A Google search using the keywords “Republican Party” and “Democratic Party” in the date range 2004-2013 shows a correlation between the searches:

The trends analysis between 2004-2013 underlines that the interests about the keyword “Obama” is more common around the world; people search this keyword from Burundi, Guinea, Liberia, Rwanda and Congo more than in the US. The interest about the keywords “Romney” and “McCain” are connected to US in a larger way and less in other countries (e.g., Canada).

In the U.S. the biggest interest for the keywords “Obama,” “Romney” and “McCain” seems to be linked to specific regions and cities: 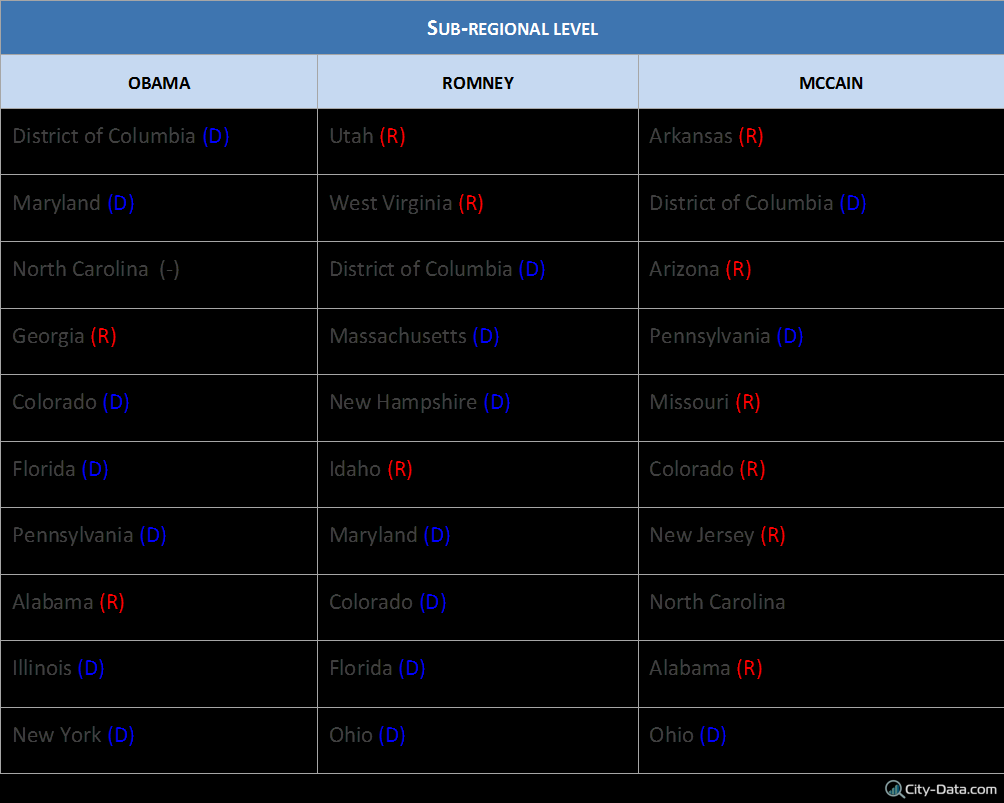 What do they have in common?

The District of Columbia is the center of U.S. politics; 29 percent of D.C. employment is in the politics area, and the popular vote is deployed for the Democratic Party. Utah and Arkansas historically vote for the Republican candidate. In general, for the keywords “Obama” and “Romney,” 7/10 sub-regions voted for the Democrats in 2008 and 2012; for the keyword “McCain,” 6/10 sub-regions voted for the Republican Party. 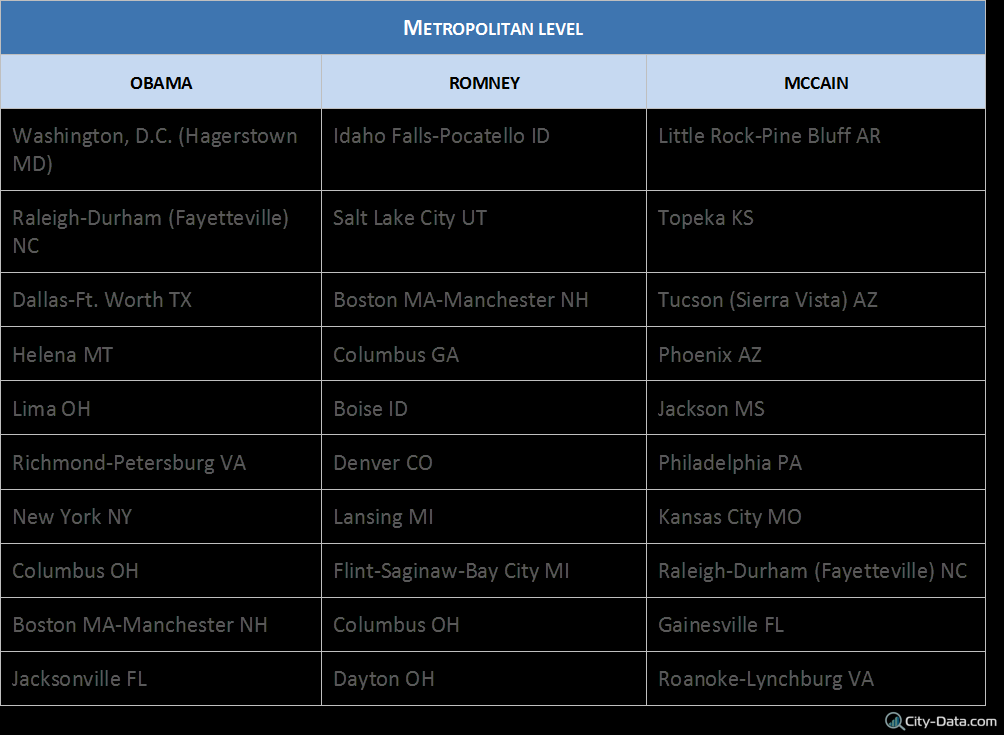 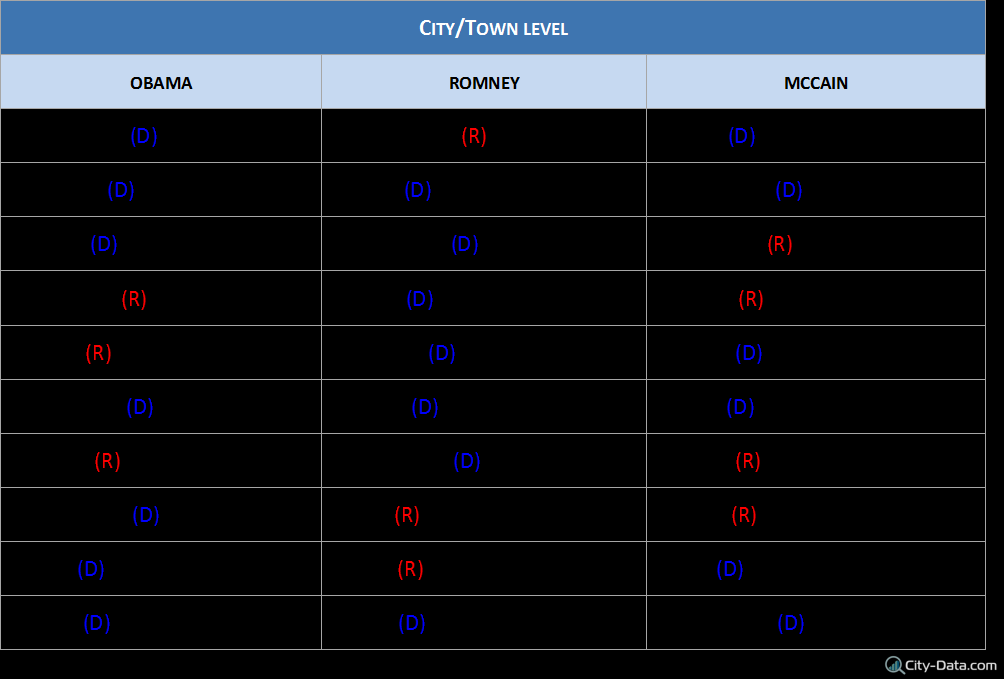 The search trends are linked to some cities, as we can see in the table. What do they have in common? Washington and Philadelphia are common in all three searches; Boston, New York, St. Louis, Chicago, Philadelphia and Miami in two of the searches. Obviously there are a lot of big cities in the searches, but not the largest or the most populated. Actually, considering the cities for “Obama” keyword, the total population is 19 million; for “Romney,” 17 million and for “McCain,” 5.4 million.

The balance of the gender ratio is comparable between the three cities clusters. There are not big differences about the median resident age: in the “Obama” city cluster, the average is 34.3 years, in the “McCain” cities, the average is 34.2 and in the “Romney” cluster is 33.27 years.

Considering a correlation with the three major races living in the cluster cities, the search term “Obama” is searched in the city with a white majority, followed by Hispanic and black. For the “Romney” search, the order is the same, and for “McCain” the order is white, black and Hispanic.

Perspective for the midterm elections and 2016 elections

Looking at the results of the midterm elections in 2010, we can see that the Republican Party had a good result compared to presidential elections. One source [http://www.theroot.com/articles/politics/2013/10/gops_midterm_election_nightmare_voter_backlash_could_cost_them_congress.html] reports how the shutdown should become a disadvantage for the Republican Party.

For future elections, and in general, the Republican Party will have to involve their electorate more. There is a great difference between the people potentially involved in the candidate research between 2008 with McCain and 2012 with Romney. The Obama campaigns have been very import in demonstrating how the Internet can have a large impact on the election results.

Valentina Porcu is a researcher and data analyst with eight years’ experience gained in Italian universities as lecturer and Ph.D. student (Lumsa, Sapienza and La Tuscia in Rome), government agencies (assistant at the Italian Senate) and research centers in Italy, France (Université de Strasbourg) and Morocco (Abdelmaleek Essaadi University in Tanger). After completing a Ph.D. in Communication and Complex Systems, she now works as Communication Strategist and Data Analyst for companies across the world. She is passionate about political debates.

One thought on “Why is the Republican Party Growing but Still Losing Elections?”