People who live in the U.S. use different modes of transport to get to work. According to the Bureau of Transportation Statistics, 86 percent of people used automobiles, 5 percent used public transport and 0.1 percent used taxicabs in 2012. Less than 1 percent of Americans choose bicycles for transport. Some people (0.2 percent) used their motorcycles to get to work. About 3 percent of workers preferred to walk. We can be sure that most Americans prefer go to work using their automobiles. The development of transportation networks like roads, transit lines and others played an important role in the design of the communities. 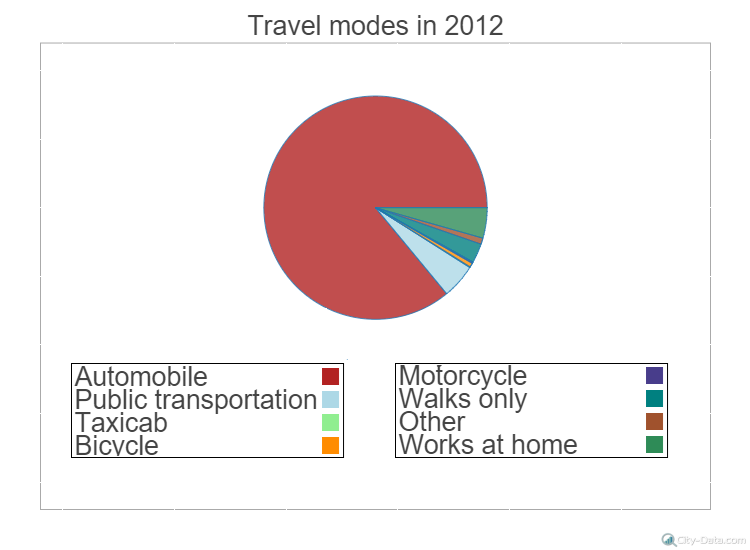 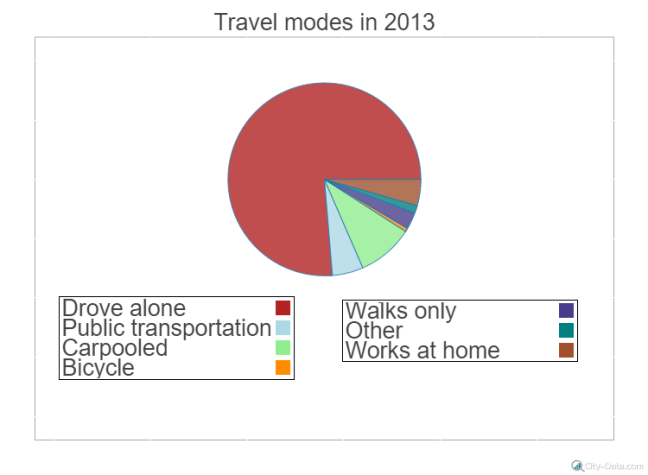 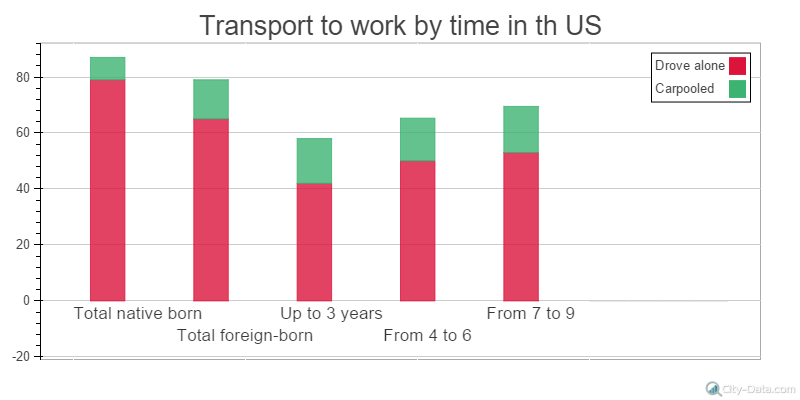 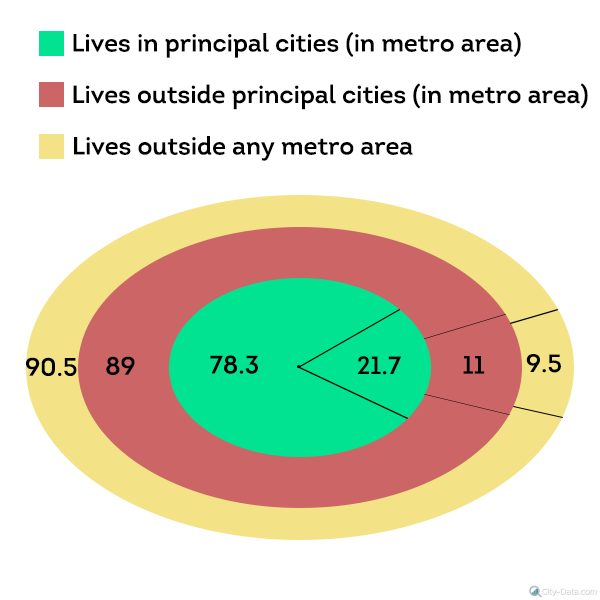