Elections in the United States are a process that can unify the whole country, and are also the driving factor behind American democracy. People who are voters in national elections must be American citizens (native-born or naturalized) and at least 18 years old. There were six national elections between 2004 and 2014: three congressional and three presidential.

According to Census Bureau research, the congressional elections in 2014 showed the lowest voting rate since 1978 (41.9 percent). The voting rates increased with age in 2014, from 23 percent for 18 to 34-year-olds to almost 60 percent among people 65 and older. Overall, the voting rates have been low among young American citizens and high among older people in recent elections, which demonstrates an increased level of engagement among older Americans. Voters aged 65 and older made up 28.4 percent of all voters, compared to 22.3 percent in the most recent presidential election. Older voters had a larger number of congressional voters than presidential voters. 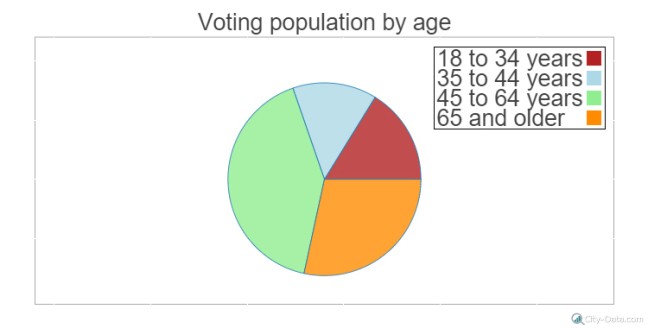 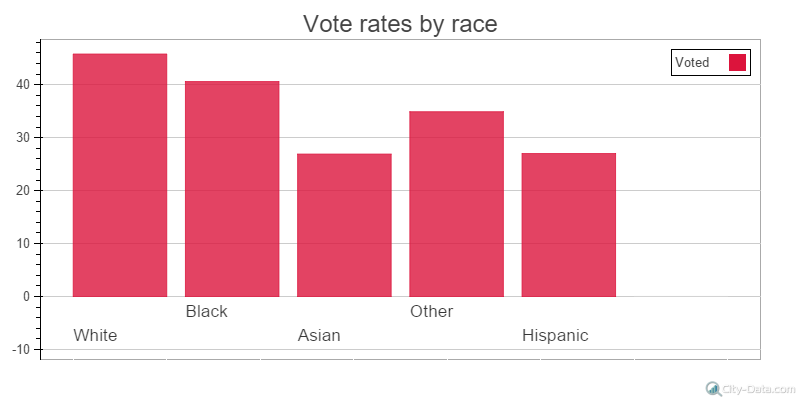 The percentage of naturalized citizens who reported voting was 34, versus 43 percent for native-born citizens. People with advanced degrees and those who had lived in their current home for five years or longer were more likely to vote (62 percent and 57 percent respectively). The voting percentage of people living in households making over $150,000 was also quite high in 2014: 56.6 percent. Government workers showed a high turnout with 56.5 percent; the percentage of military workers who reported voting was 54.2 percent. 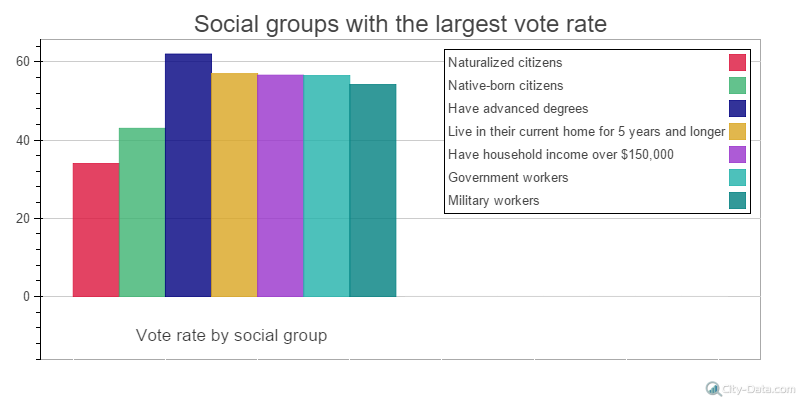 According to the information about voting turnout by state in 2014 available at Statista.com, the highest percentage of voter turnout in the United States was registered in Maine: almost 57 percent. Wisconsin was in second place with 56.5 percent of residents voting. In Colorado, 51.6 percent of residents were registered to vote, and 50.2 percent were registered in Minnesota. Iowa rounded out the top five states with a 49.4 percent turnout. In 2014, California was the state with the lowest number of people reported voting in the U.S.: 21.4 percent. 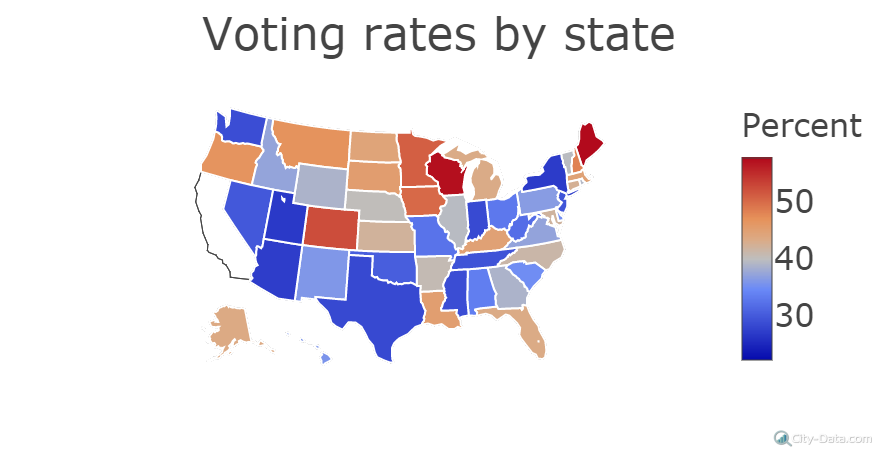 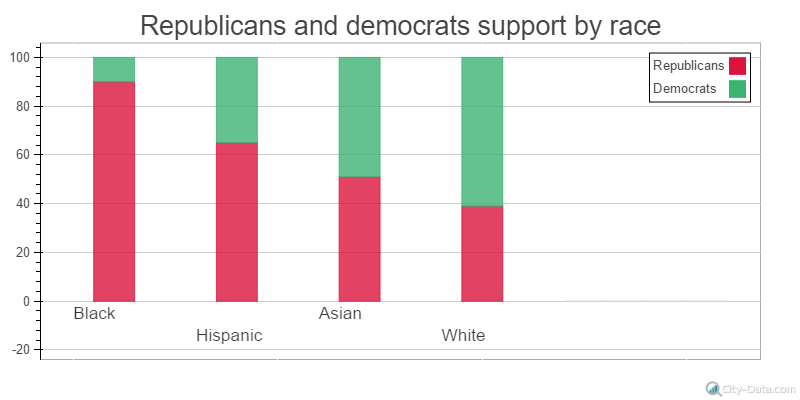 One thought on “A few numbers about voting”