Some people are seriously discussing video games as a violent and dangerous thing that can cripple young peoples’ psyche. The video game industry can compete with Hollywood’s movie industry in terms of revenue and profit — for example, the revenue of global PC and console games was $46.5 billion dollars in 2014. This number is quite impressive, although revenue is expected to decrease to $41 billion in 2019. 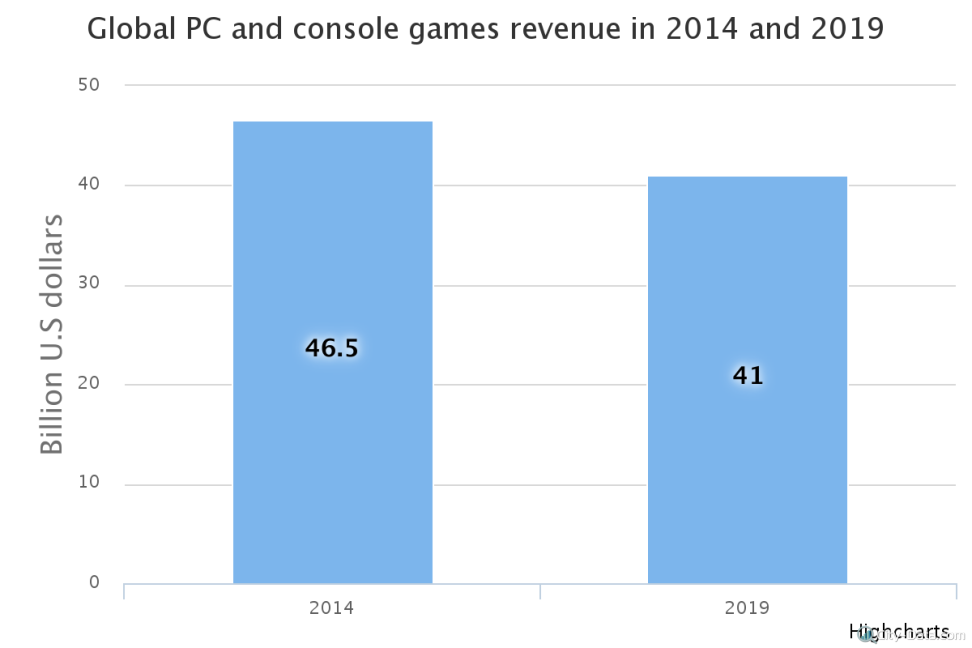 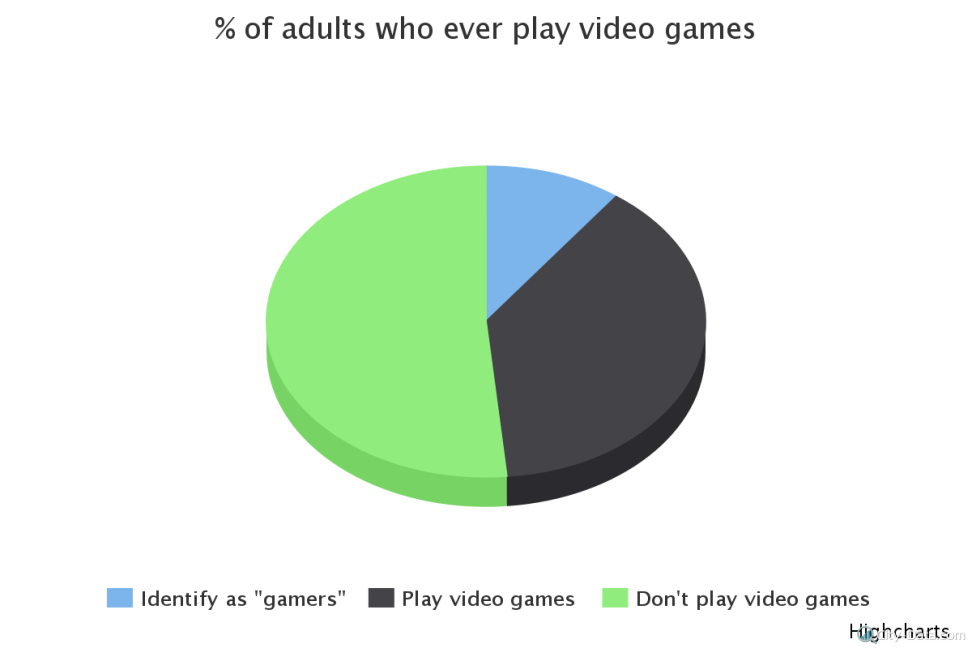 The opposing opinion is that video games can promote problem-solving and strategic thinking for the young generation. The number of white people who felt this way about video games was 15 percent in 2015. About 22 percent of black people saw video games as an instrument for human development, while the number of Hispanic people who shared this opinion was 18 percent.

The number of white people who believe that video games can promote teamwork and communication is 8 percent, compared to 19 percent of black people and 10 percent of Hispanic people who think the same. It’s clear that Hispanic and black people have more positive opinions about video games, and the survey suggests that they play games more frequently than whites. Those who do not play video games are more likely to agree with the negative opinions towards games.

Nearly 10 percent of adults think that most games portray minorities poorly, while 20 percent agreed that it’s true, but only for some games. About 23 percent of respondents think that this isn’t true for most games, and 47 percent are unsure what to think on this topic. 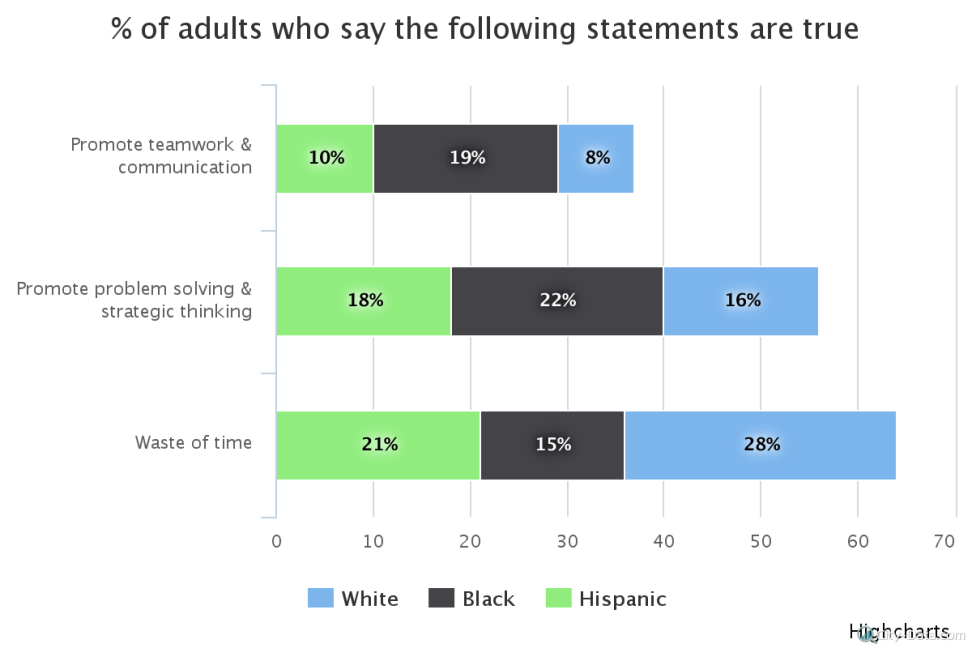