The Federal Reserve (the “Fed”) is rife with criticism of its policy missteps.  From the “inflation fighter” Paul Volker in the late 70s and early 80s to the “kept interest rates too low for too long” Alan Greenspan, many Fed observers see the mistakes of the U.S. central bank as an indication that the Fed is too limited in foresight to provide reliable policy guidance.

Presuming Fed managers actually do lack much foresight, as the argument goes, then why allow the Fed’s “money bureaucrats” to manipulate financial asset prices?

Among the effects of manipulated financial prices, observers of the Fed point to the distributional effects of the institution’s policies.

In a nutshell, Fed policy hurts some in order to benefit others.

Of the many distributional effects, one of the most commonly mentioned is the benefits to owners of stocks versus the reduced income to holders of bonds and other interest-bearing securities.

This article looks at what interest income has done by state since the Fed began lowering interest rates in August 2007.

As some background, Fed policy is often referred to as being either “loose” or “tight.”

A tight Fed is a Fed that has increased interest rates out of concern for inflation.

The first is the tightening cycles.

As another observation, the tightening cycles have generally gotten weaker, with the 2000s cycle about a percent less than the 90s tightening. 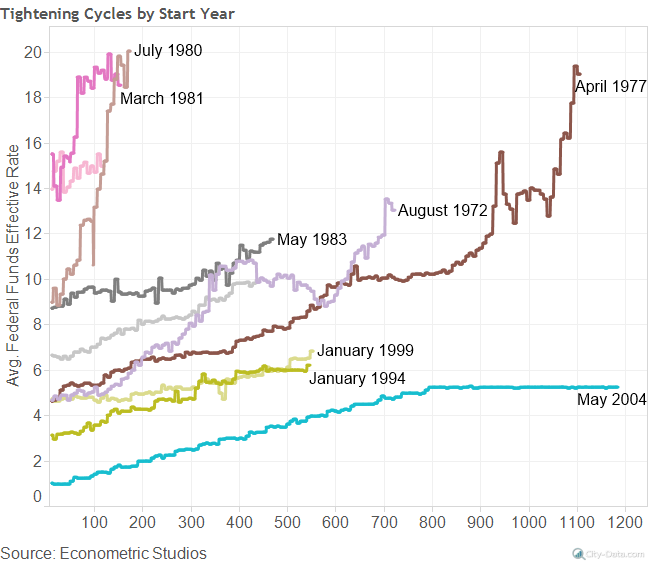 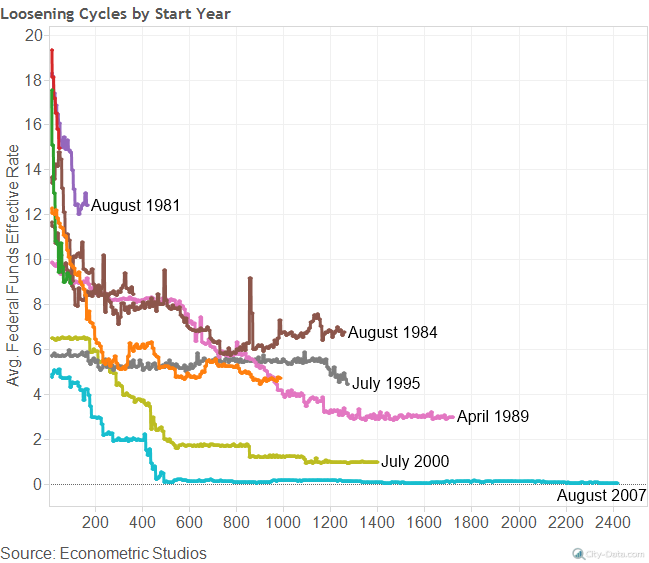 So, how has the Fed’s unprecedentedly low interest rate policy affected interest income? 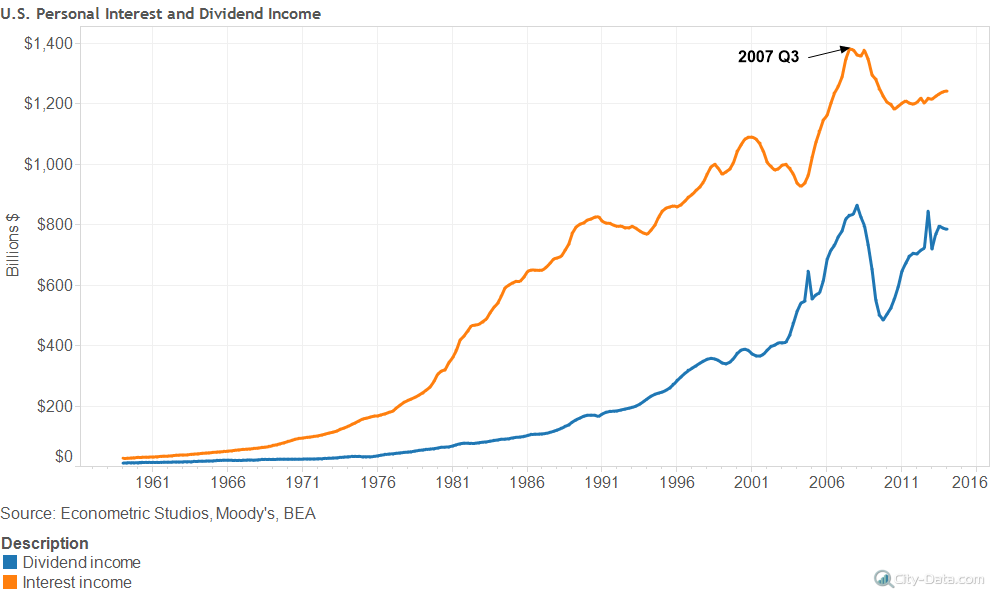 The missing $250 billion has various disproportionate effects.  For instance, older Americans generally hold assets with interest income attached.  Because of this, older Americans are most harmed by the Fed’s low interest rate policy.  In addition to demographic effects, the Fed’s loose monetary policy includes a geographic component.

Here’s an animated GIF showing how interest income as a percentage of total income has changed by Metropolitan Statistical Area (MSA) over the last 40 years.

Surprisingly, when looking at the MSA ranking across time there’s not much of shifting, with the exception of some MSAs in California, Florida, and the Rust Belt.

So, which MSAs are the big losers from the Fed’s loose interest rate policy?

In looking at the geographic rankings, individuals in Florida and along the West Coast lost the most.  The financial centers, including Washington, D.C., Long Island and similar East Coast areas also lost quite a bit.

Instead of trying to guess, here’s a list of the 25 biggest losers, as measured by the change in interest income from 2007 to the end of 2013.

On top of the list is the New York-New Jersey-Long Island, NY-NJ-PA MSA, down about $10.8 billion in interest income since 2007.  The remainder of the top five biggest losers include Chicago-Joliet-Naperville, IL-IN-WI (down $6.7 billion), Miami-Fort Lauderdale-Pompano Beach, FL (down $6.0 billion), Los Angeles-Long Beach-Santa Ana, CA (down $3.4 billion) and San Francisco-Oakland-Fremont, CA (down $2.8 billion).

It’s interesting how much money the Fed can take away simply by manipulating interest rates.  Perhaps the “new” adage is right — the Fed really does hate savers.