The American bar, tavern and nightclub industry generated $24.35 billion in income in 2015. It grows slightly each year; in comparison, the revenue of the industry was only $19.14 billion in 2003. By the end of 2016, the industry’s revenue will be approximately $25 billion according to a forecast published on Statista.com. In 2017, the income of U.S. bars and nightclubs is forecasted to reach $25.74 billion. 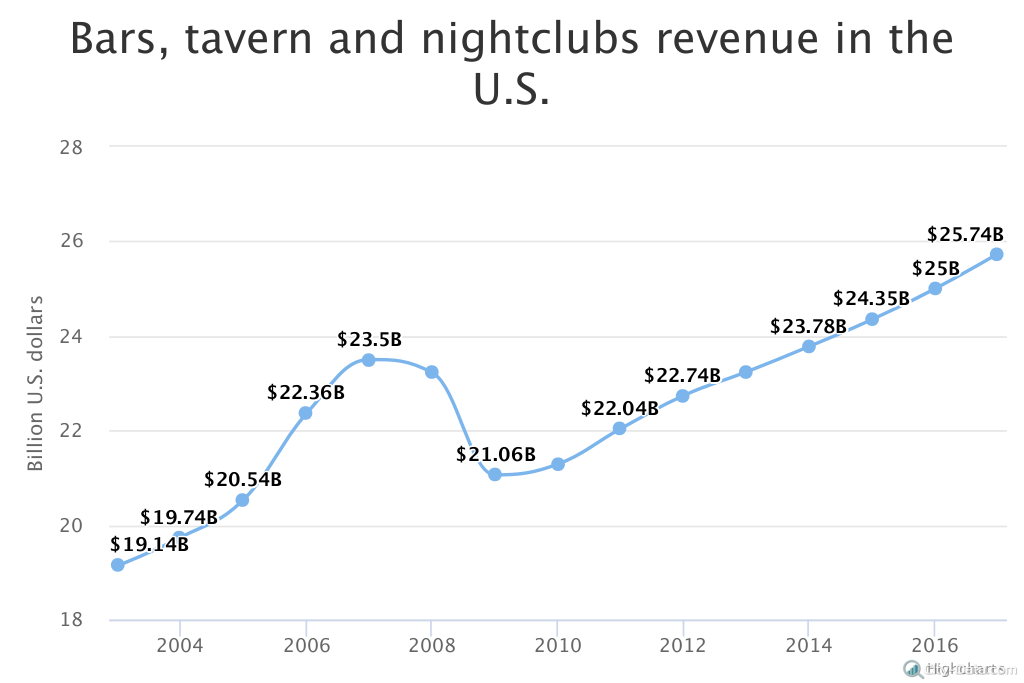 Beers and ales are amongst the most popular drinks in American bars, taverns and nightclubs. Thus, sales of beer and ale accounted for 42 percent of the market in 2012. About 30.6 percent of sales were generated through the sales of distilled spirits. In 2012, meals and non-alcoholic beverages made up about 11.2 percent of the market. Sales of accommodation services, cigarettes, rentals and packaged liquor generated only 7.8 percent. Wine sales comprised over 7 percent of the total. 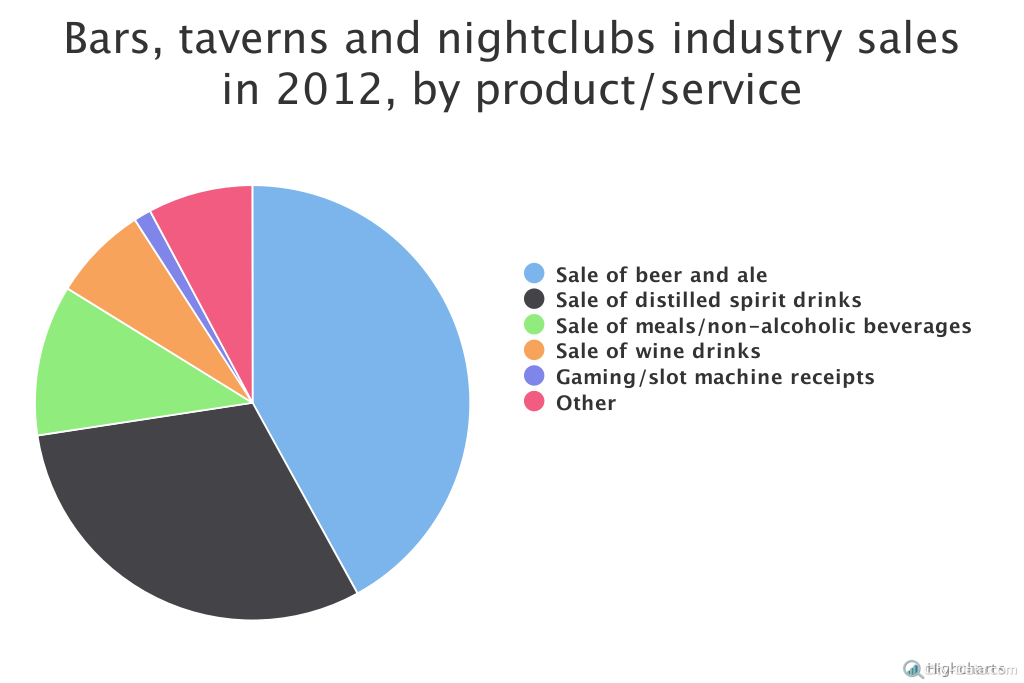 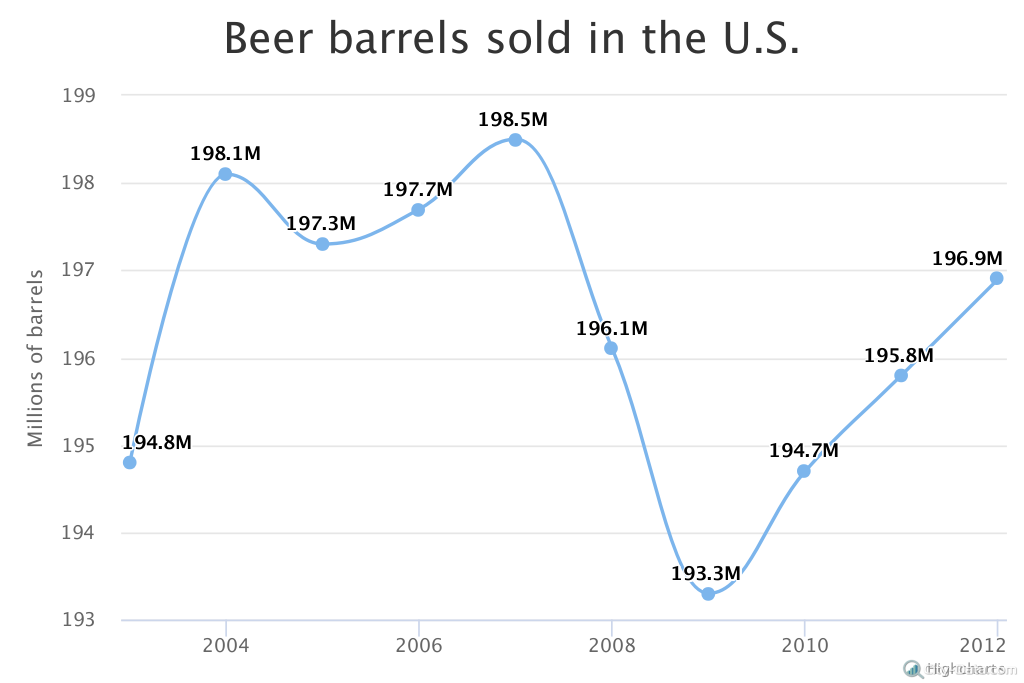 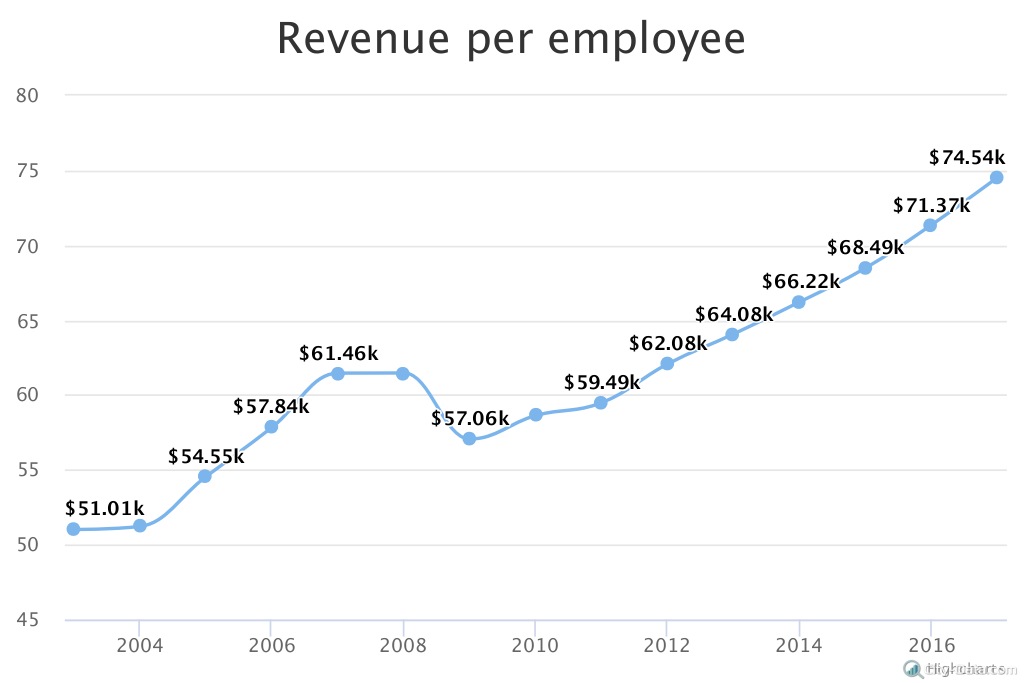