The eyewear market is rapidly growing in the United States. The market consists of four main categories: prescription glasses, sunglasses, over-the-counter readers and contact lenses. In 2013, the U.S. frame market for eyewear generated around $8.69 billion in retail stores, compared to $8.48 billion in 2012. If we examine the statistics of lens sales, we see that the U.S. lens market generated around $10.41 billion in retail sales. In 2011, the retail sales of lenses amounted to around $9.5 billion, while 2010 saw sales of about $9.4 billion. 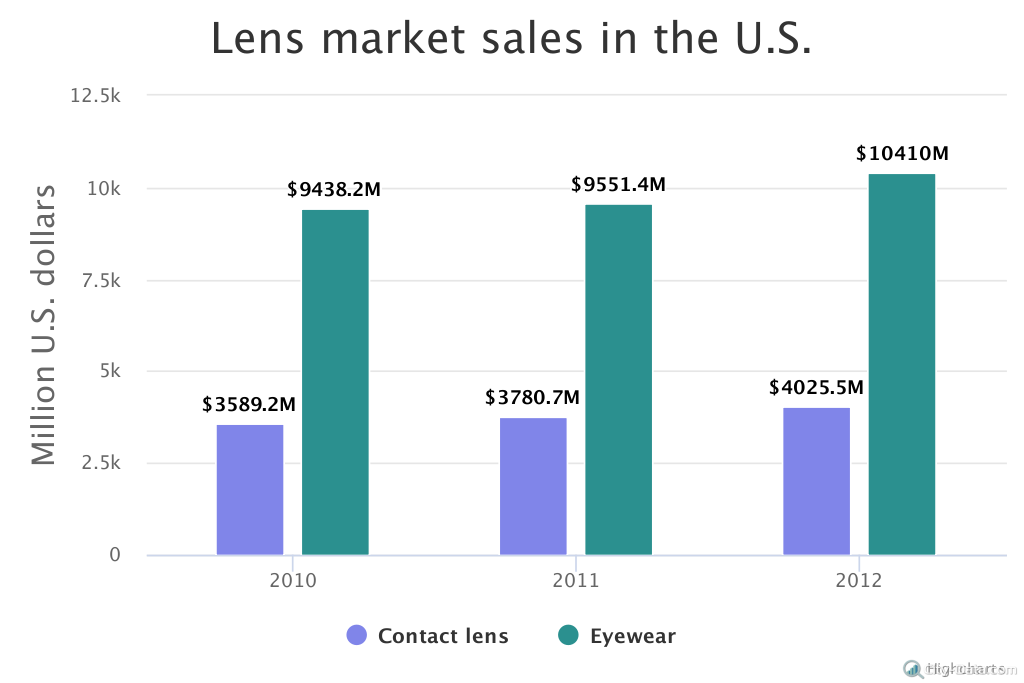 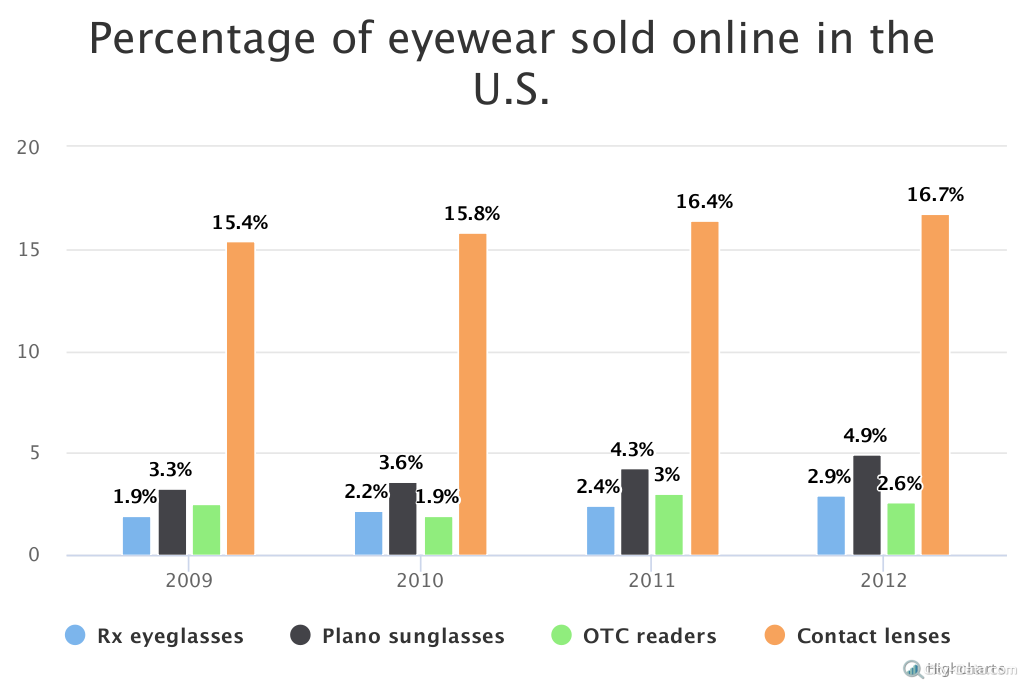 One thought on “Online sales for eyewear: contact lenses and sunglasses”