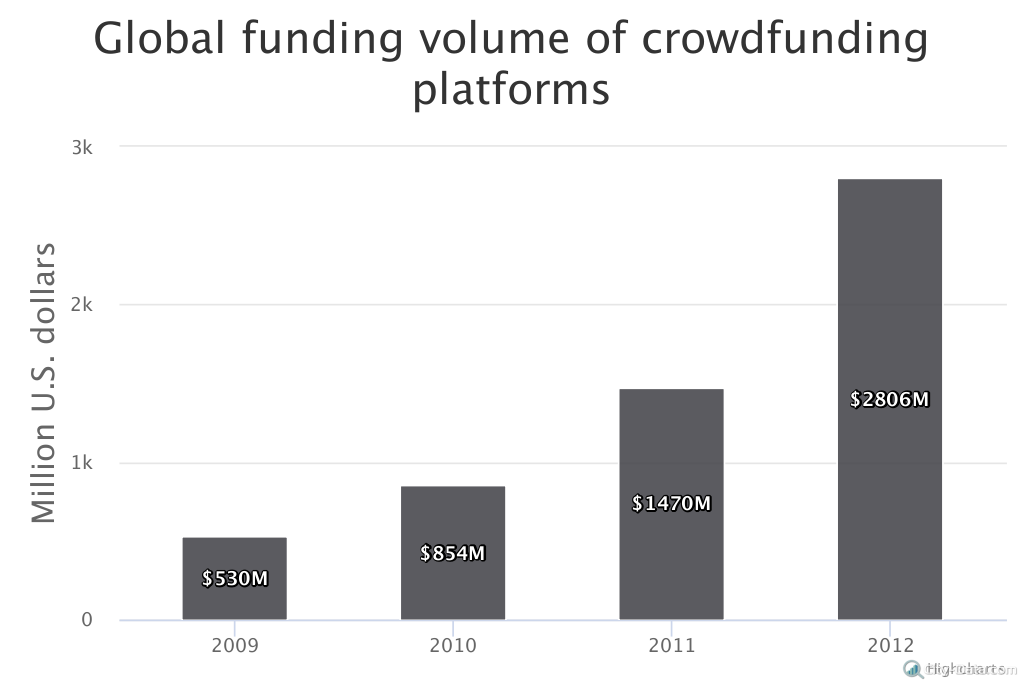 Social causes accounted for a combined 30 percent of all crowdfunding projects in 2012. Business & entrepreneurship projects comprised almost 17 percent of the overall number. Films and performing arts came in third with about 11.9 percent. Music and recording arts constituted 7.5 percent, while energy and development amounted to 5.9 percent accordingly. 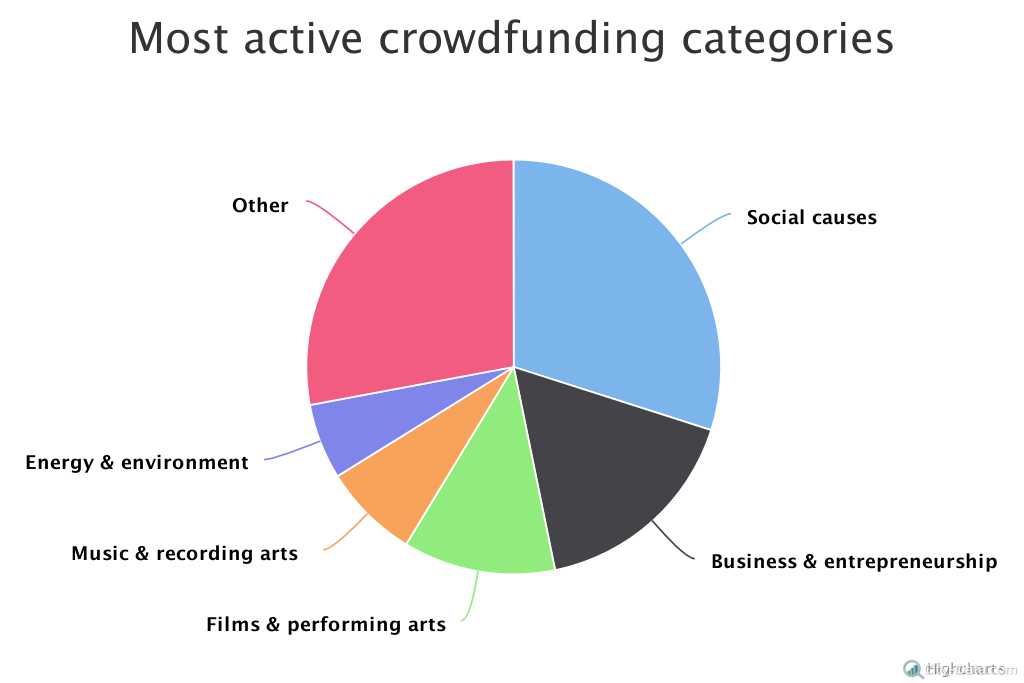