Luggage retail is an important global market. In 2014, American jewelry, luggage and leather goods store sales amounted to around $34.24 billion. This is a slight increase over the previous year’s total of around $34.13 billion.

The American company Samsonite is the largest luggage manufacturer and retailer, with products ranging from large suitcases to small bags and briefcases. Samsonite was founded in Denver, Colorado in 1910. The timeline below shows us the total global revenue of the world’s largest luggage manufacturer from 2007 to 2015. In 2015, Samsonite’s global revenues amounted to about $2.43 billion. This is a slight increase from 2014 when the company generated about $2.35 billion in revenue. 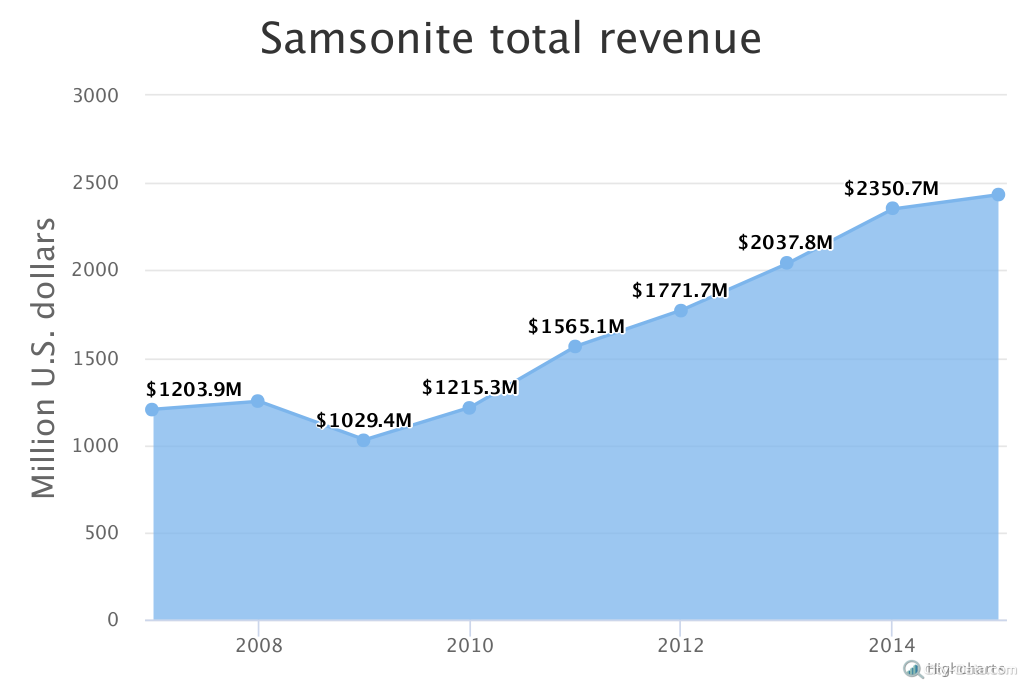 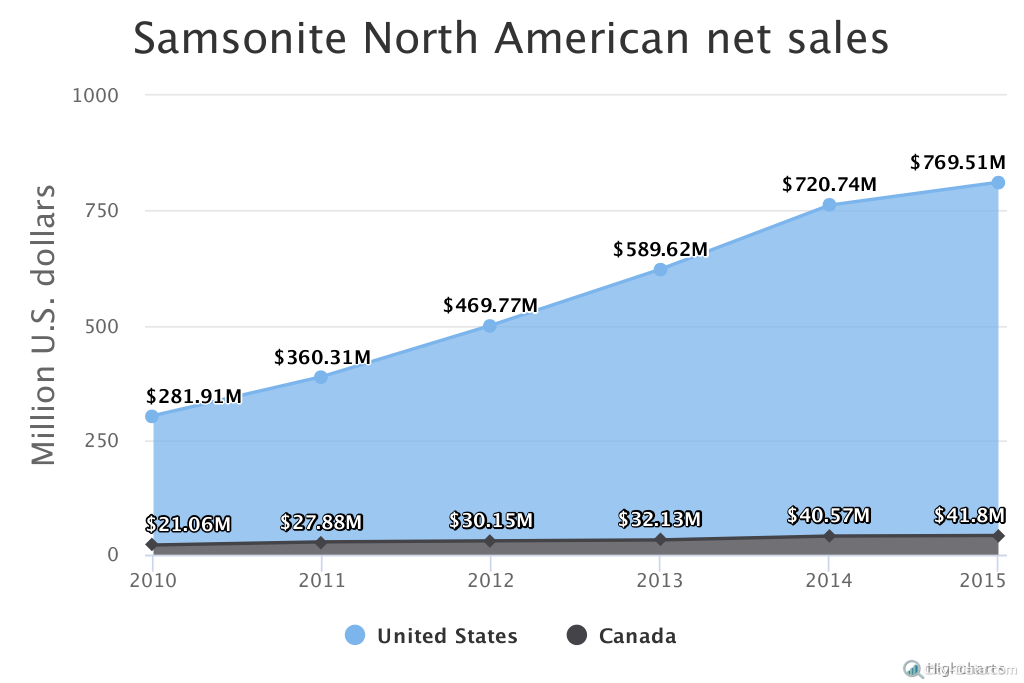