The population of U.S. cities keeps growing. In almost half of all cities with at least 50,000 residents, it has increased by 5 percent or more since 2010. The fastest-growing cities have seen growth in excess of 20 percent. 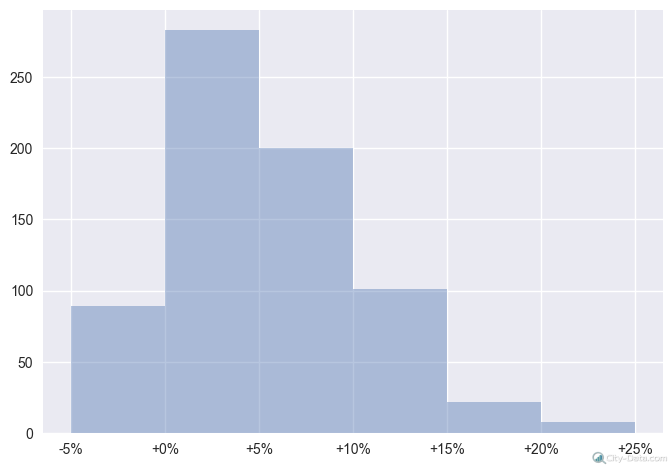 According to the U.S. Census Bureau’s population estimates, the fastest-growing city in the country is Frisco, TX. In 2016 the city had 163,656 residents, which is a growth of 38.5 percent in just six years. The rapid expansion of the city’s population didn’t start until 2010, however; it had less than 36,000 residents in 2000.

Frisco is not the only city in Texas worth mentioning when it comes to population growth. Take a look at the map:

Fastest-growing cities in the U.S.

Out of the 20 cities showing the fastest growth since 2010, exactly half are located in Texas. McKinney, adjacent to Frisco, shows similar growth. There are now 38 cities with over 100,000 residents in the state, compared to only 30 just six years earlier.

There aren’t that many places where the population has decreased since 2010 — just 90 in the entire country. Detroit, MI is the only large city on this list. Even here, the population loss has nearly stopped. The city is now losing only 0.5 percent of its residents each year, compared to over 3 percent in the late 2000s.

In contrast, St Louis, MO and Baltimore, MD both lost around 1 percent of their residents last year despite keeping the numbers relatively stable for the past eight years. It remains to be seen if the trend will continue in 2017.