This article is dedicated to all the people who prefer Pepsi instead of Coca Cola — in this post we’re going to focus on PepsiCo, Inc. PepsiCo is an American multinational snack, food and beverage corporation founded in 1965 and headquartered in Purchase, New York (sometimes I think that all of the best things in the world come from New York!). The company has interests in the manufacturing, marketing and distribution of grain-based snack foods, beverages and many other products.

Of course, PepsiCo is one of the leading multinational food and beverage companies not only in the U.S. but around the entire world. As we can see on this graph showing the leading food and beverage companies in North American in 2015 (based on their sales of value-added, consumer-ready goods processed in U.S. and Canadian facilities), the largest company was Tyson Foods Inc. with sales amounting to about $40.132 billion. The hero of our article, PepsiCo Inc., was the second leading food and beverage processor in North America, generating sales of $37.943 billion. 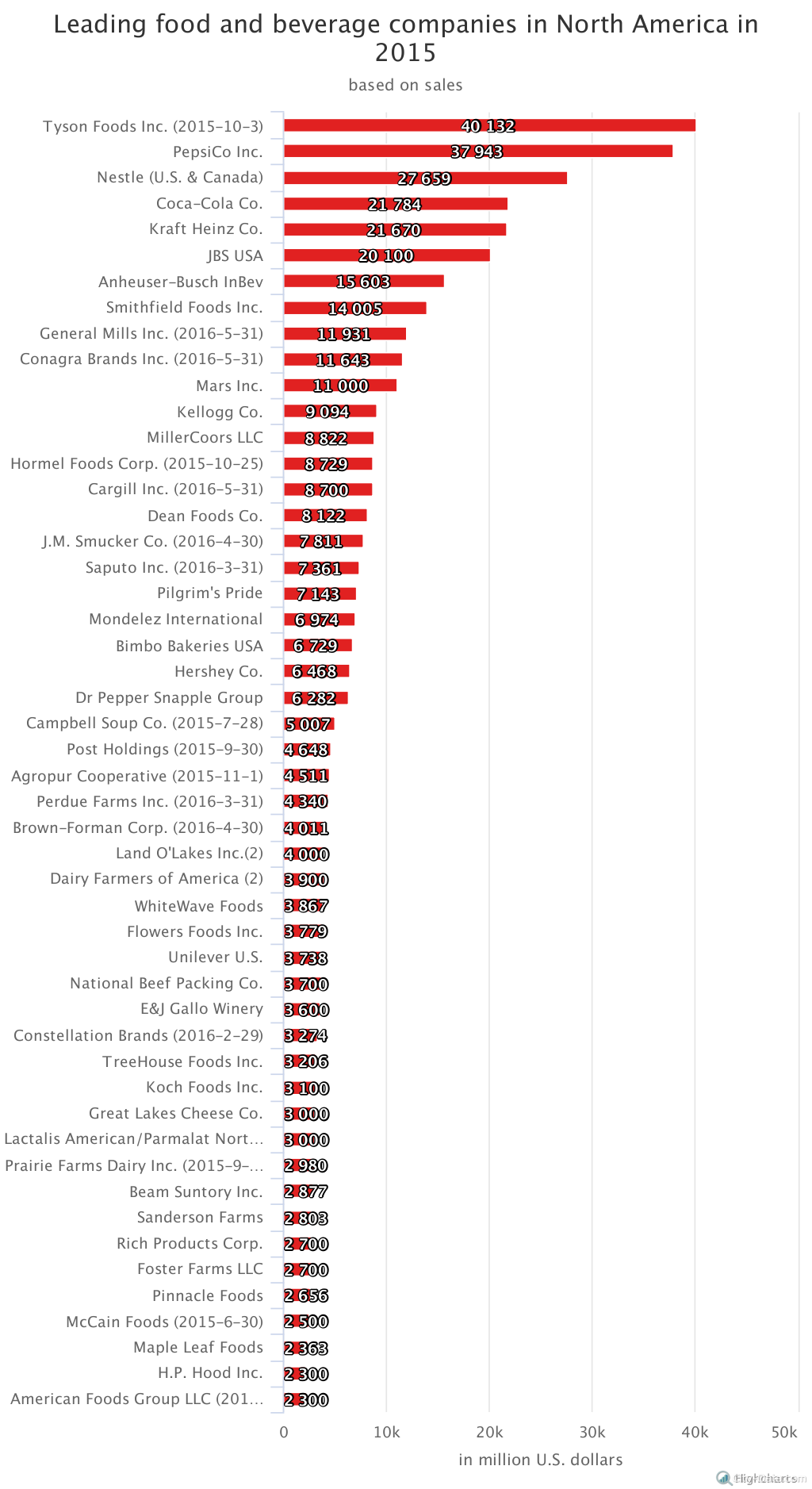 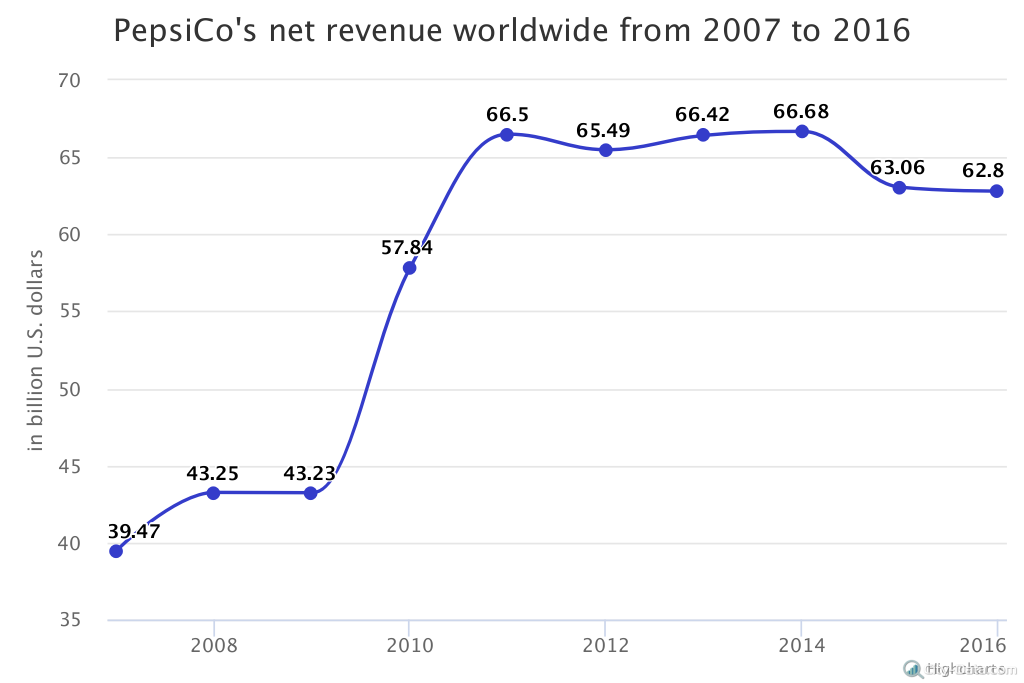