One particular area always stands out when discussing innovation in the United States: a portion of Santa Clara County, CA better known as Silicon Valley. The valley serves as a home to several of the largest high-tech companies in the country.

It’s not about the high-tech giants, though. The number of companies that were issued at least one new patent has doubled since 2000. The number of individually-issued patents also keeps growing slowly but steadily, as evidenced by the chart below.

Advanced Micro Devices, Inc. (better known as AMD) was the most innovative company from 2000 to 2004 judging by the number of patents. Now, however, it isn’t even in the top 50.

Hewlett-Packard, Intel and Cisco, which took first place during the following years, fared better — they still remain in the top 10.

Then came the mobile computing industry — and it looks like it’s here to stay. Apple Inc. took the crown in 2011, only to be ousted to second place by Google Inc. in 2015. Just look at the chart below to see how these two companies compare to the others.

Each of the two giants was issued around four times more new patents than Intel.

A small note: You may be surprised to find IBM Corporation here. But this is only their Innovation Center (which is located in the Valley), not the entire corporation.

Here’s another fun chart: a word cloud (created using wordle.net) from the abstracts of all patents issued here since 2000. 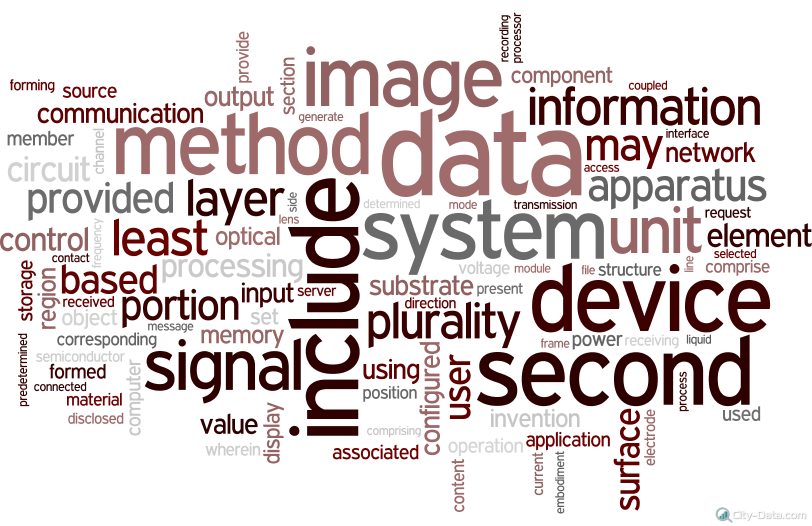