Sports betting has been around for thousands of years — for several hundred years, the only legal way to place a bet was the circus or the chariot races in Rome. Roman emperors often enjoyed gambling, with Augustus in particular frequently partaking in gambling activities.

Nowadays, betting is a widely popular process around the globe. Some countries (the United Kingdom, for example) have a rich tradition of betting, and the practice of sports betting holds an important place in the country’s culture. Looking at the U.S., we see that the country is home to a well-developed sports betting industry. 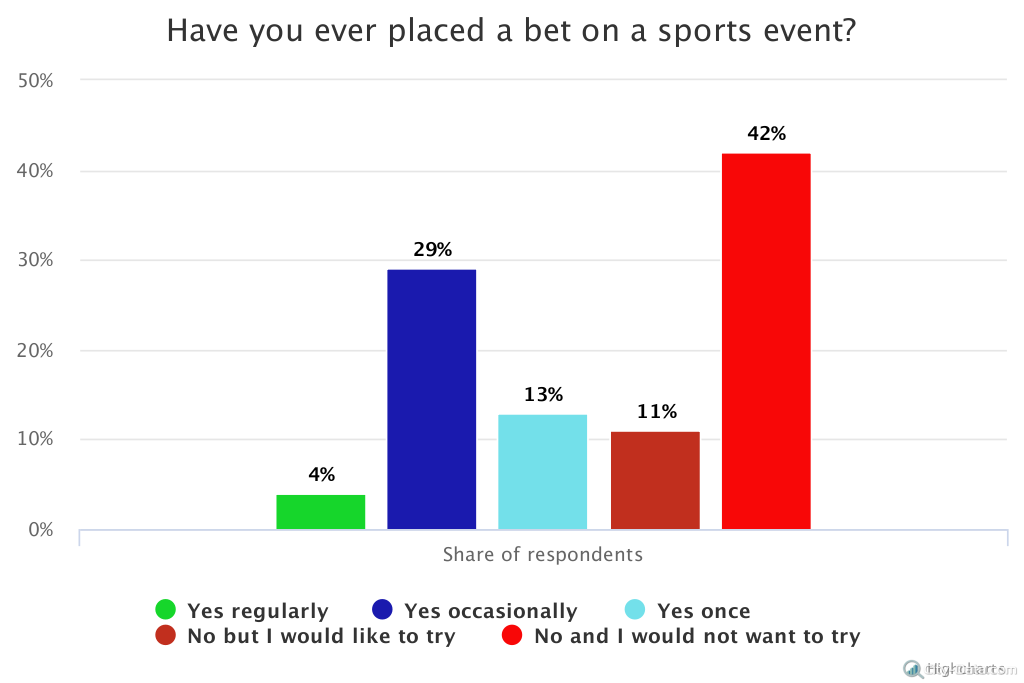 What about the most popular sports for Americans to bet on? Football took first place not only in the U.S. but across the globe. In 2017, about 77 percent of the surveyed respondents said that they made bets on football in the past. Basketball, which is also very popular in the country, took second place with 24 percent of people placing bets on it in the past. Twenty percent of respondents previously bet on horse racing, while 17 percent and 9 percent of people bet on baseball and soccer (respectively) in 2017. 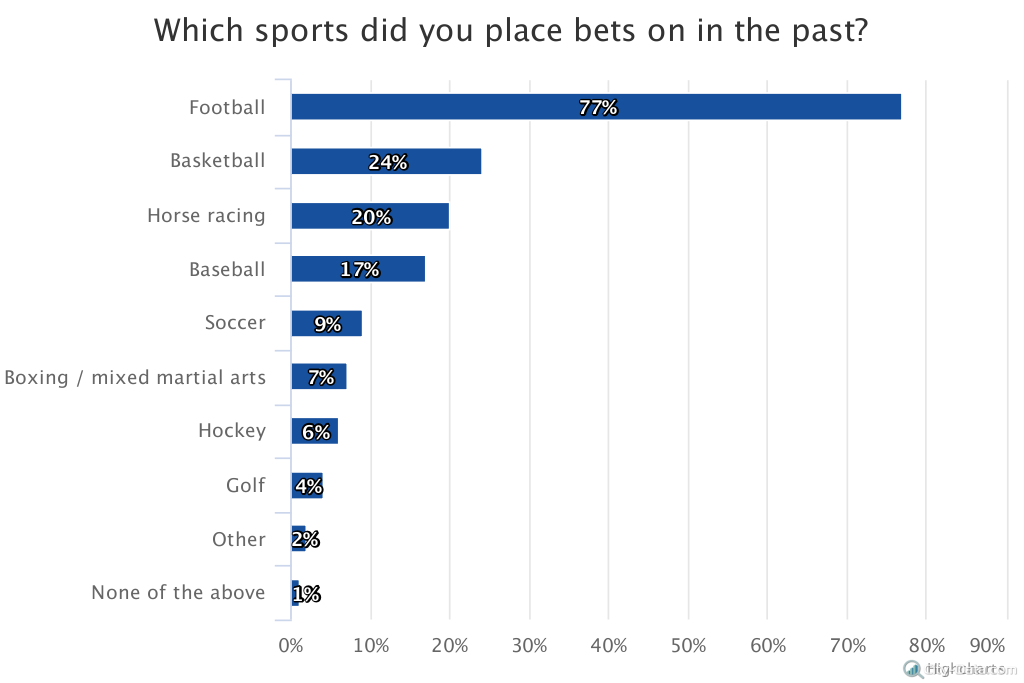 2 thoughts on “How popular is sports betting in the U.S.?”