No one can say that the United States doesn’t love cheese — in 2015, the U.S. ranked second in the world among the major cheese producers. Only the European Union (EU) produced more cheese in this year (7 million metric tons). 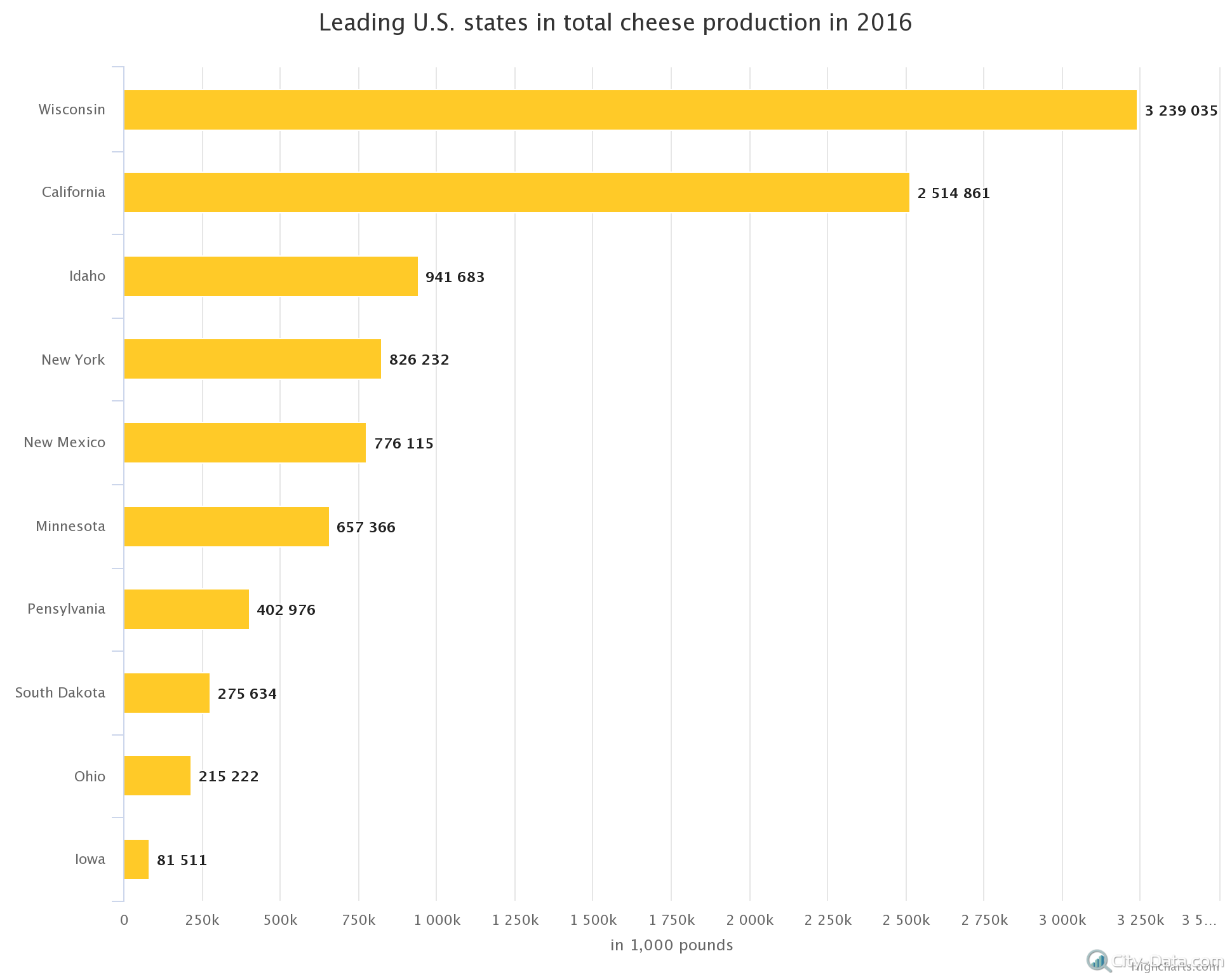 Natural cheese makes up the largest share of cheese sales in America, generating approximately $14.92 billion in 2015. The total consumption of all types of cheese in the country stands slightly lower than the production volume; thus, every American consumes about 15 kilograms of cheese annually.

One thought on “The “cheesiest” states in the country”