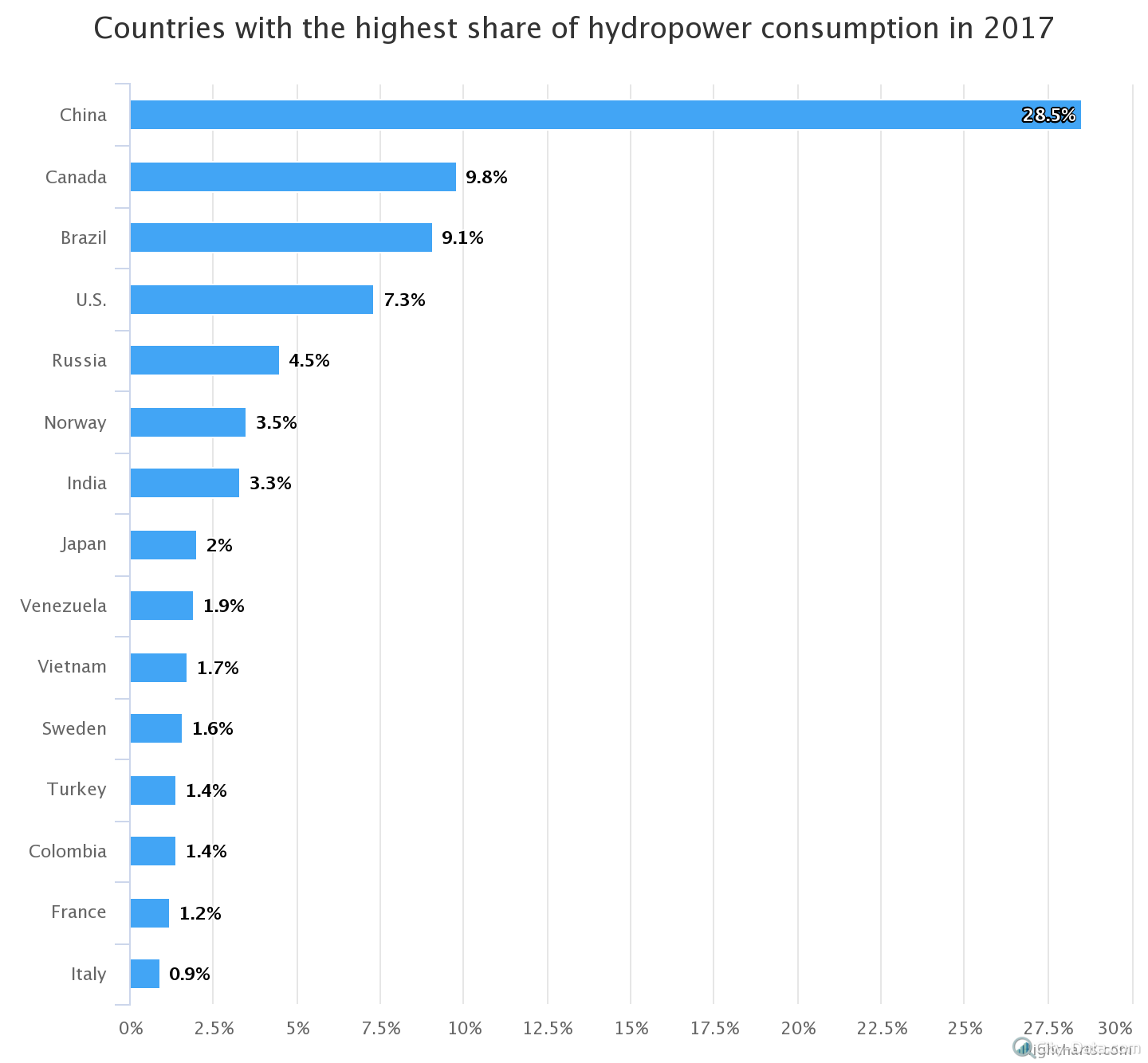 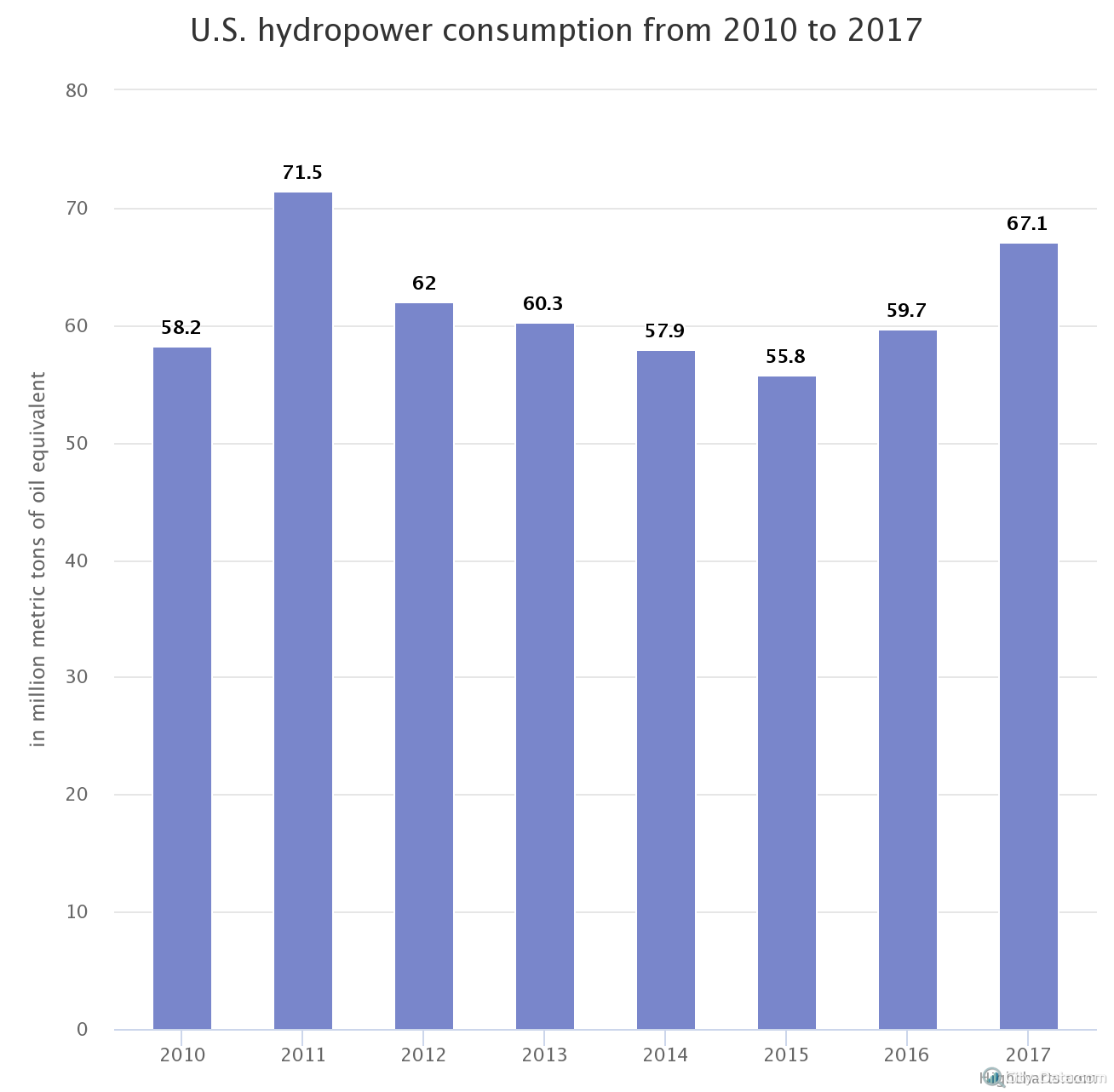 The graph below represents the leading states in hydropower generation in the U.S. in 2017. Washington came in first here, generating 21,139 megawatts. California generated the next most hydropower capacity in the same year (10,061 megawatts). Oregon took third place, generating 8,451 megawatts. New York and Alabama rounded out the top five, generating approximately 4,684 megawatts and 3,319 megawatts respectively. 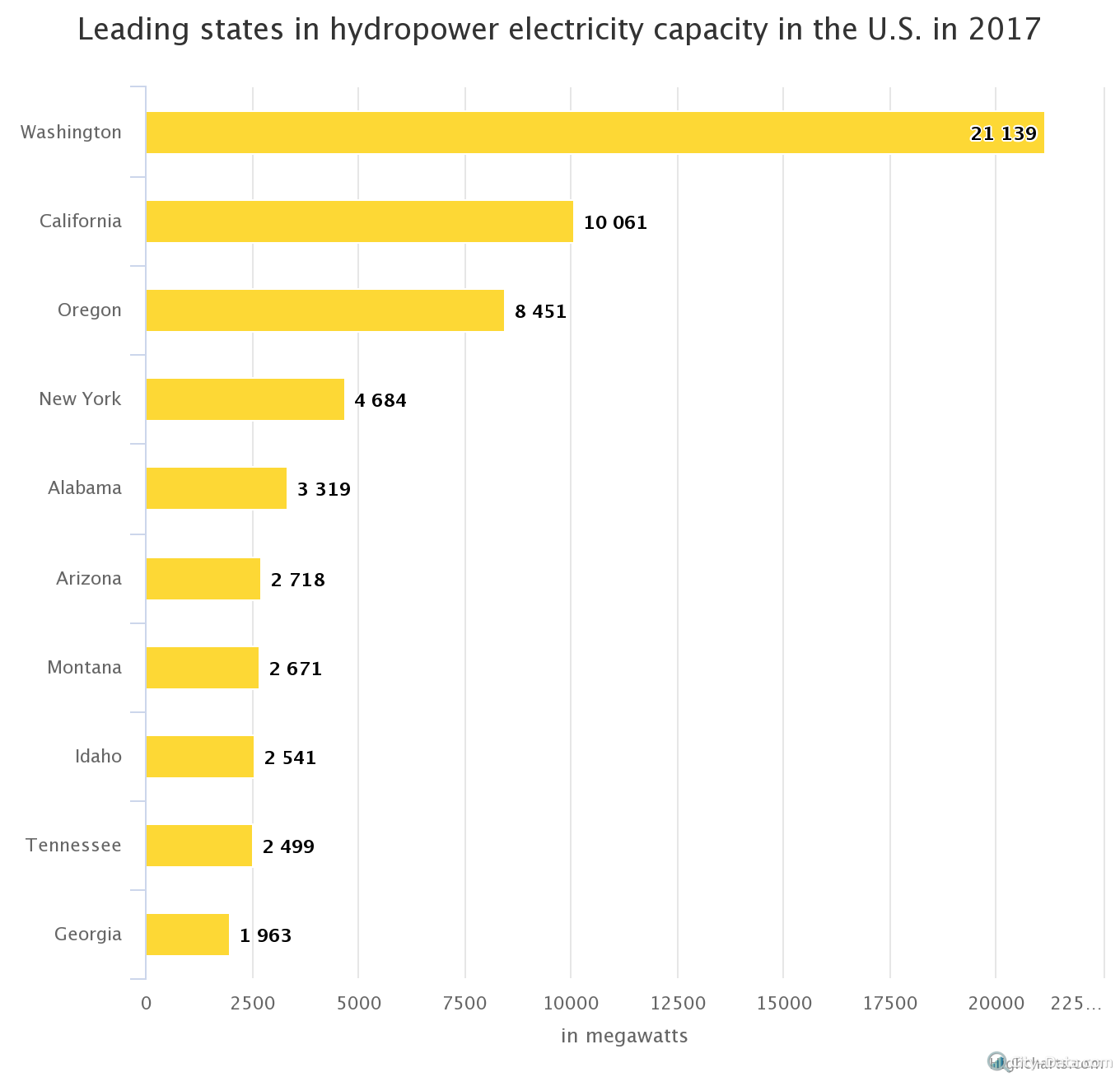 One thought on “Hydropower in the U.S.”