In 2012, the Census Bureau reported that soccer was the third most played team sport in the United States, behind only basketball and baseball. Now soccer is the fastest-growing sport in the whole country; the popularity of the sport began growing especially rapidly after the U.S. hosted the 1994 FIFA World Cup. 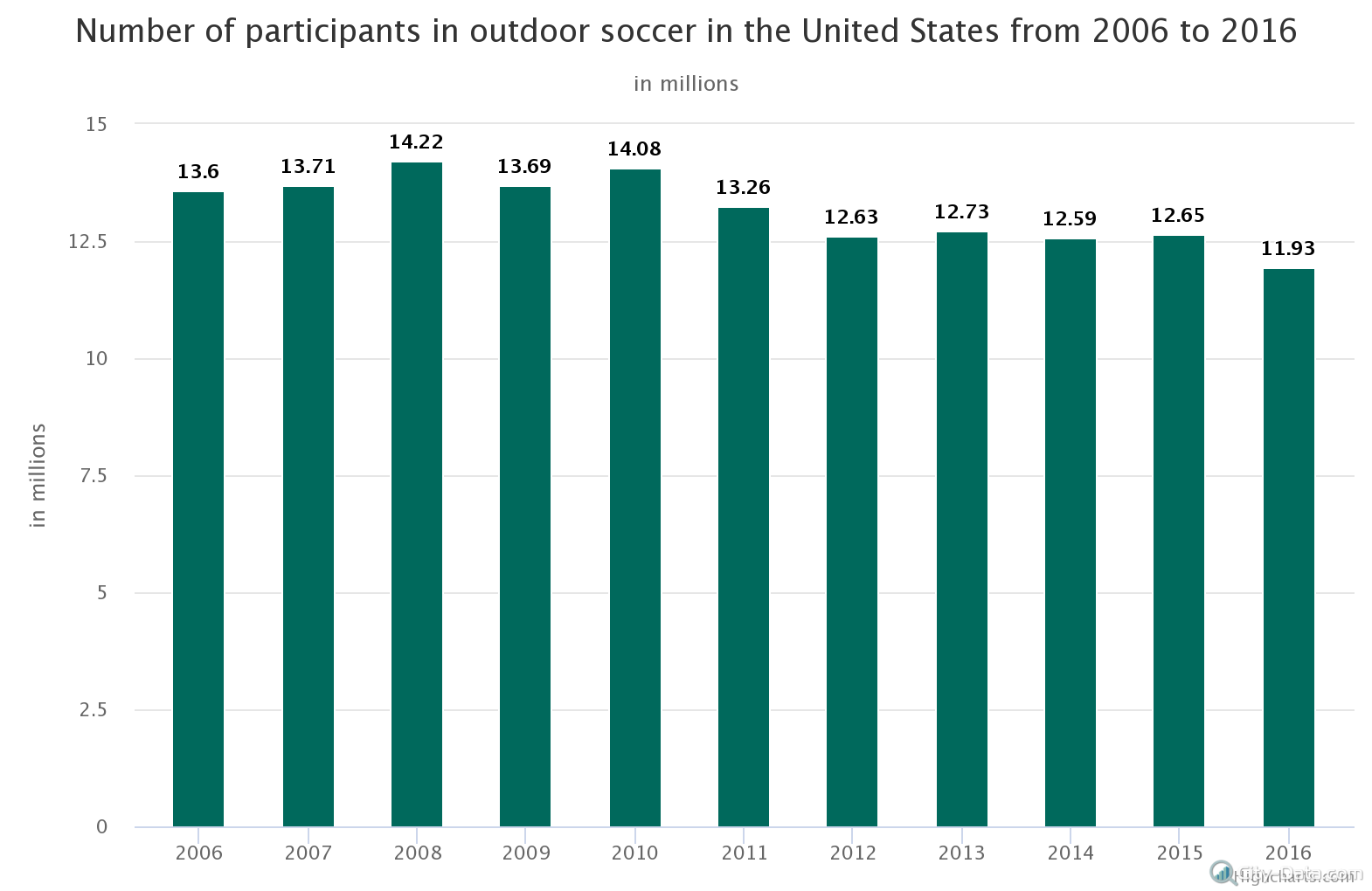 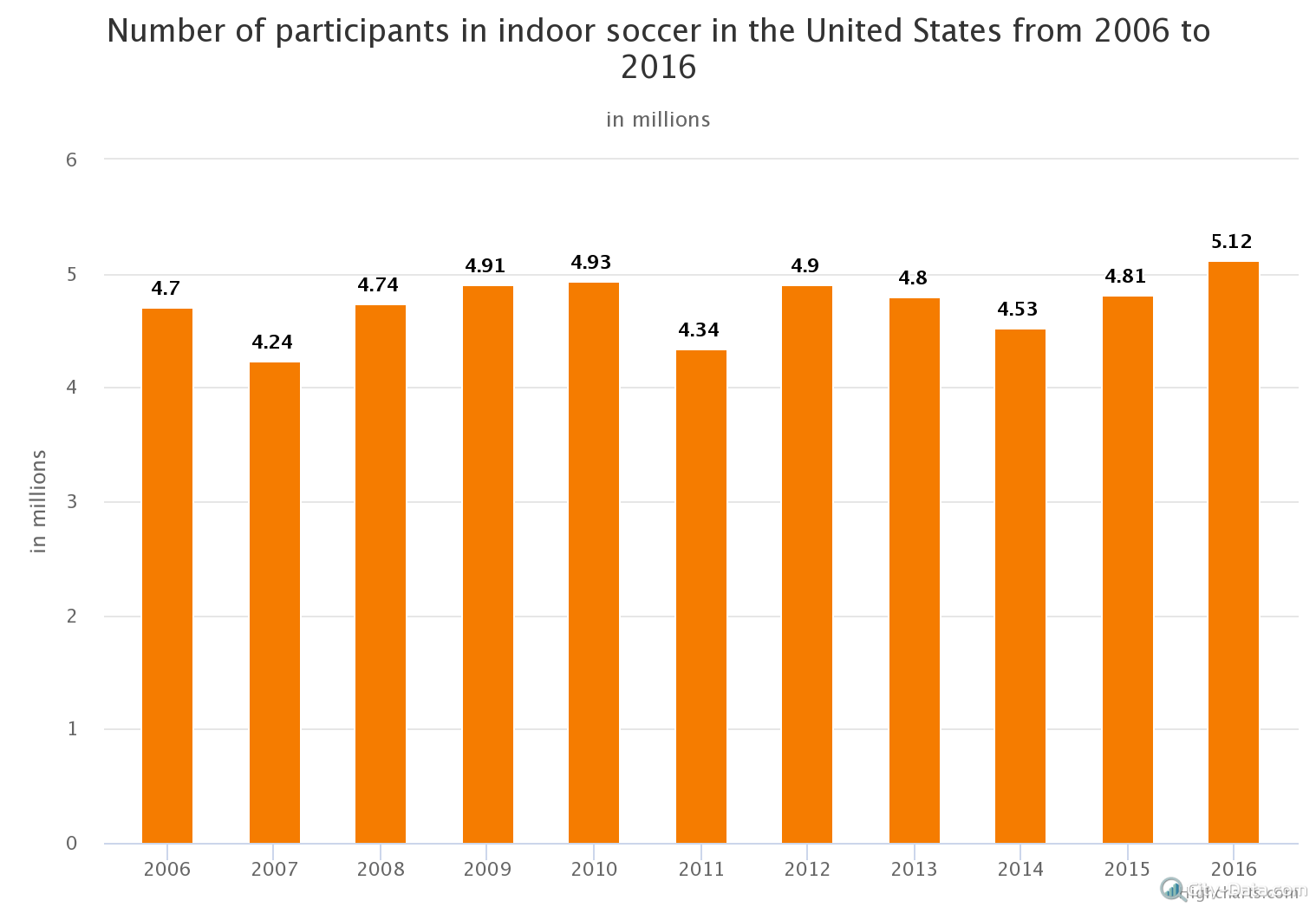 In autumn 2016, the number of people who watched a Major League Soccer match approximated to 11.66 million viewers, while in spring 2017 the number of viewers amounted to 11.48 million people. 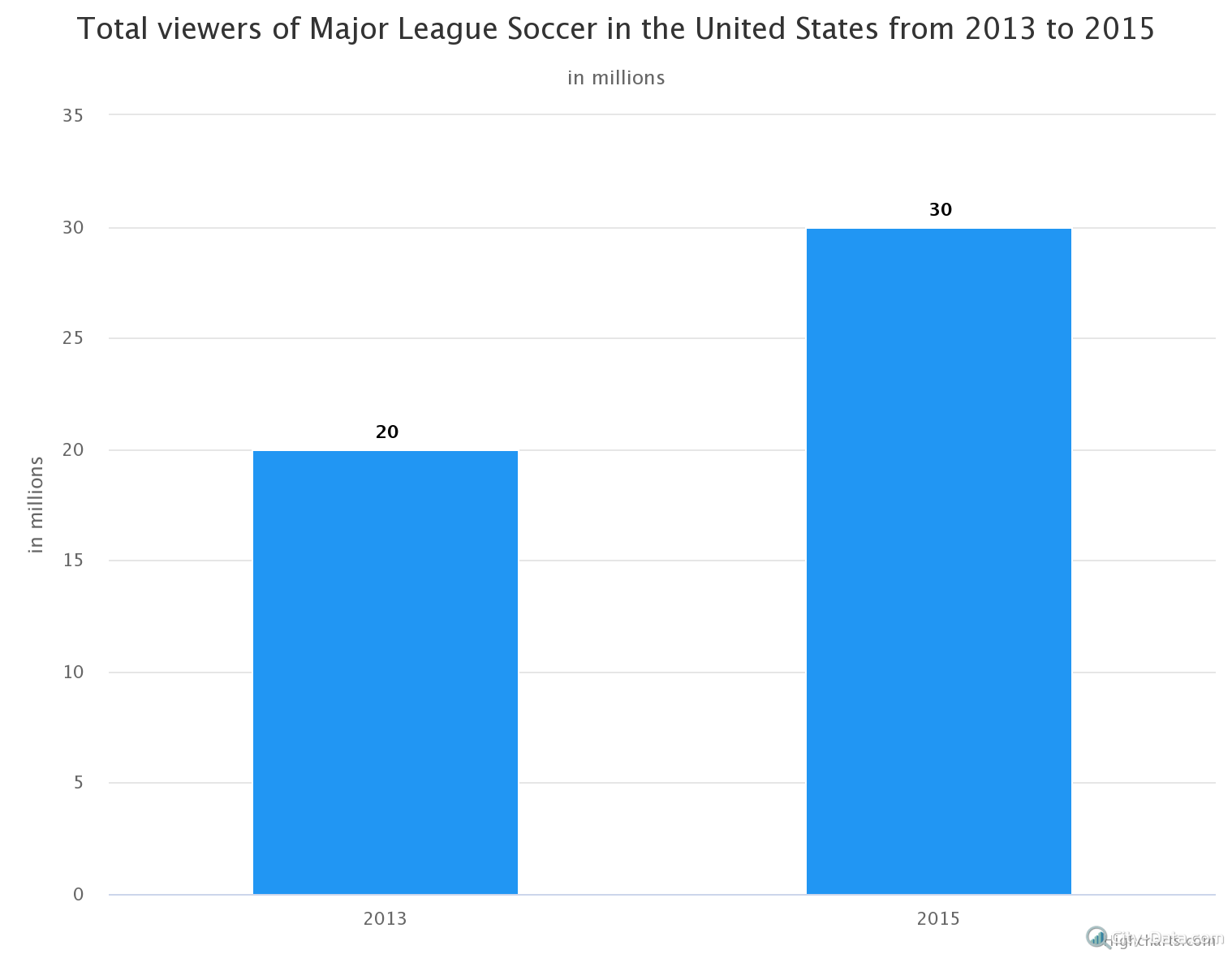