The fisheries and aquaculture sector is usually divided into commercial and recreational fishing and involves the harvesting, processing and marketing of fish. The commercial part of this sector includes the raising of fish or the capture of wild fish. Fishing methods vary from using large nets to poles and lines, trolling with single lines and traps or pots.

The fishing industry in the United States is primarily concentrated on the Pacific Coast, with some of the major domestic species of fish including cod and pollock. Recent trends shaping this sector include a shift toward more sustainable and responsible fishing. According to statistics published at Statista.com, pollock landings amounted to approximately 3.36 billion pounds in 2016, while cod landings totaled 711 million pounds in the same year. 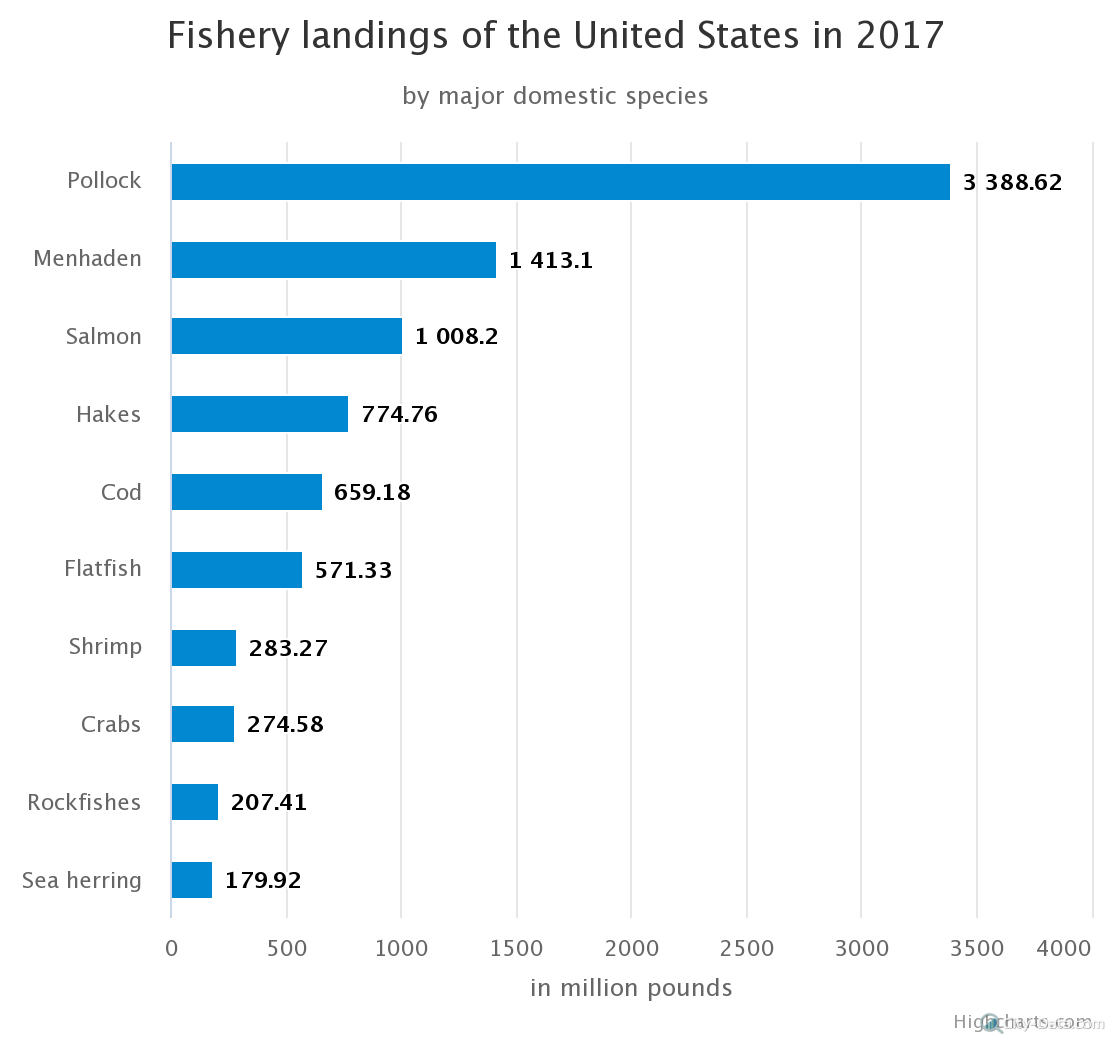 If we examine the purposes of domestic fishery landings for fresh and frozen fish in the U.S. in 2016, we find that the greatest number of fish landed were for human consumption, while a lesser amount of fishery landings were intended for bait and animal food.