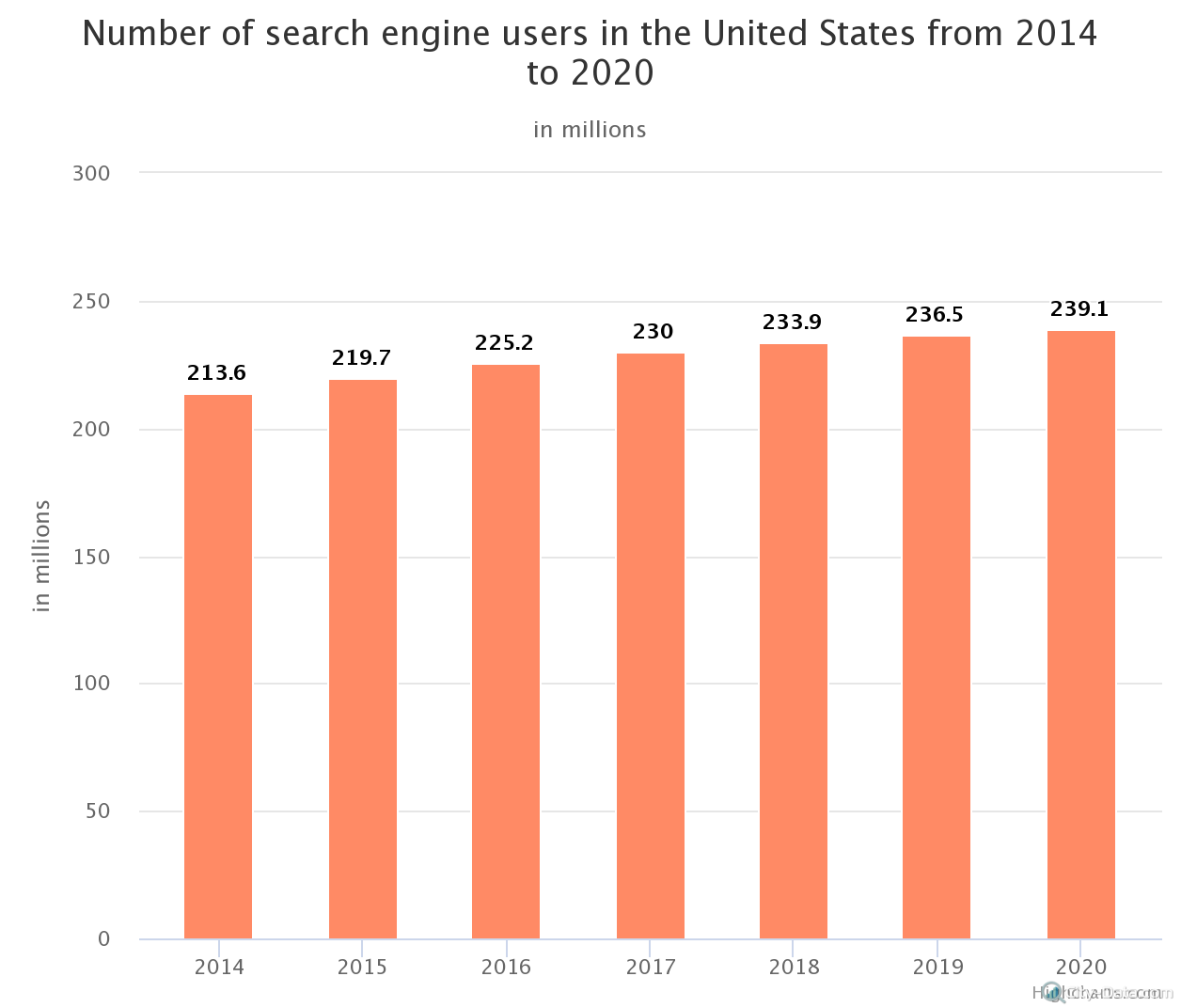 Our next graph shows us some interesting information on the average number of typed search terms during online searches in the U.S. as of August 2017. During that month, about 37.68 percent of all online search queries in the U.S. contained just one word. The share of searches containing two words and three words amounted to 21.47 percent and 17.86 percent respectively. In August 2017, 10.95 percent of all queries contained four words while 6.28 percent of search engine queries contained five words.

The share of queries containing six words was 2.42 percent, while seven-word queries constituted 1.24 percent. Eight-word queries were responsible for only 0.7 percent of all queries. 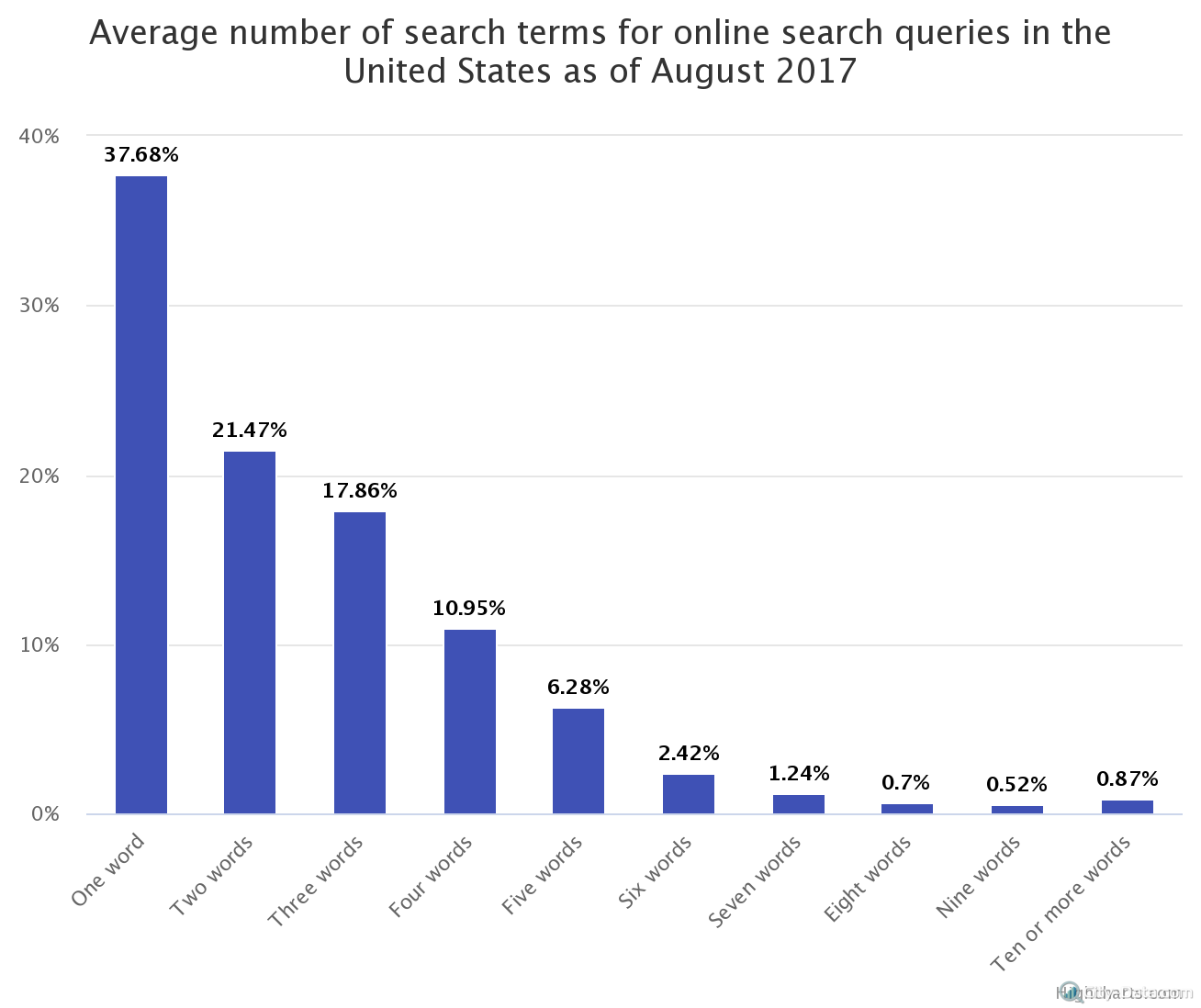 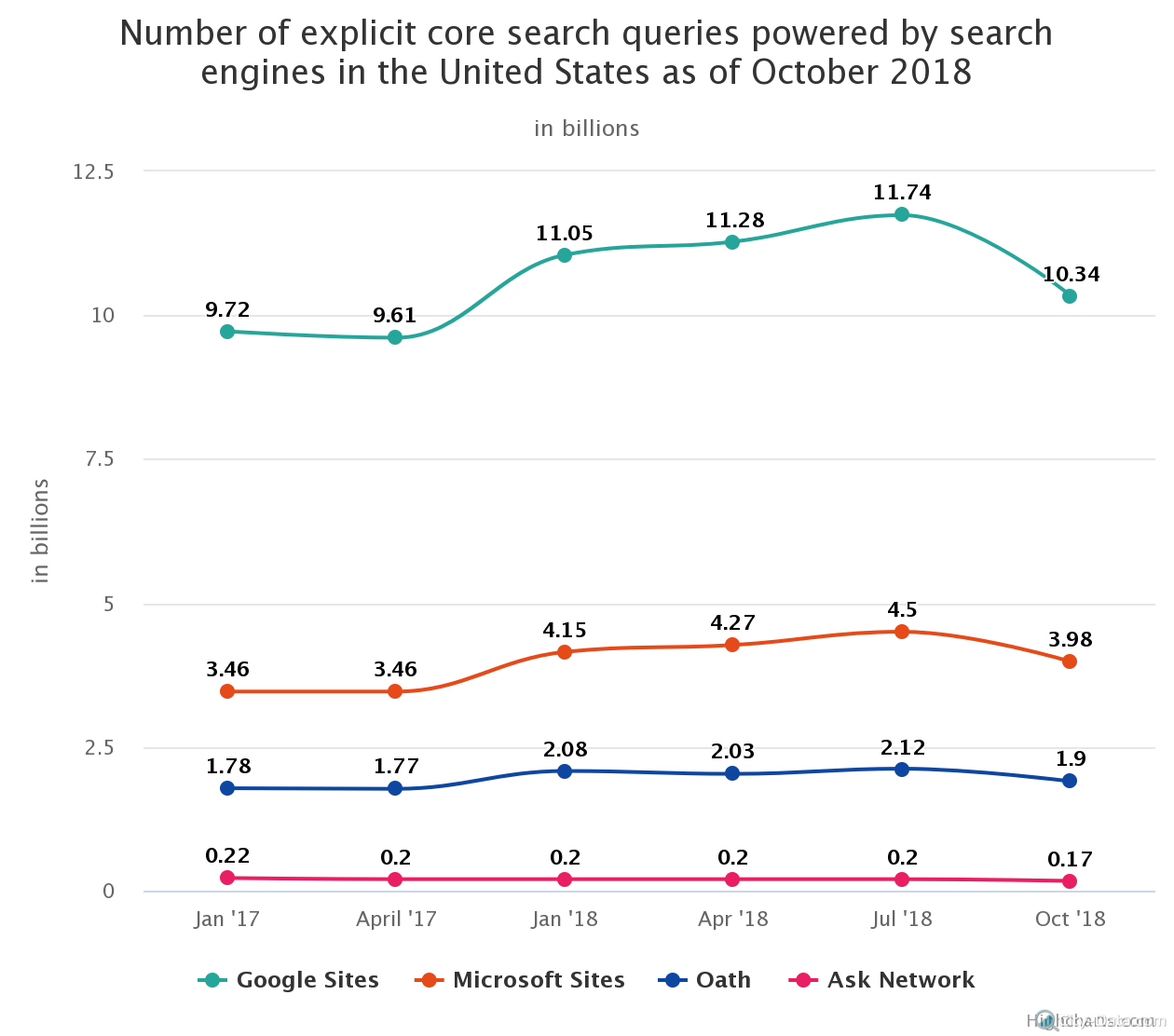