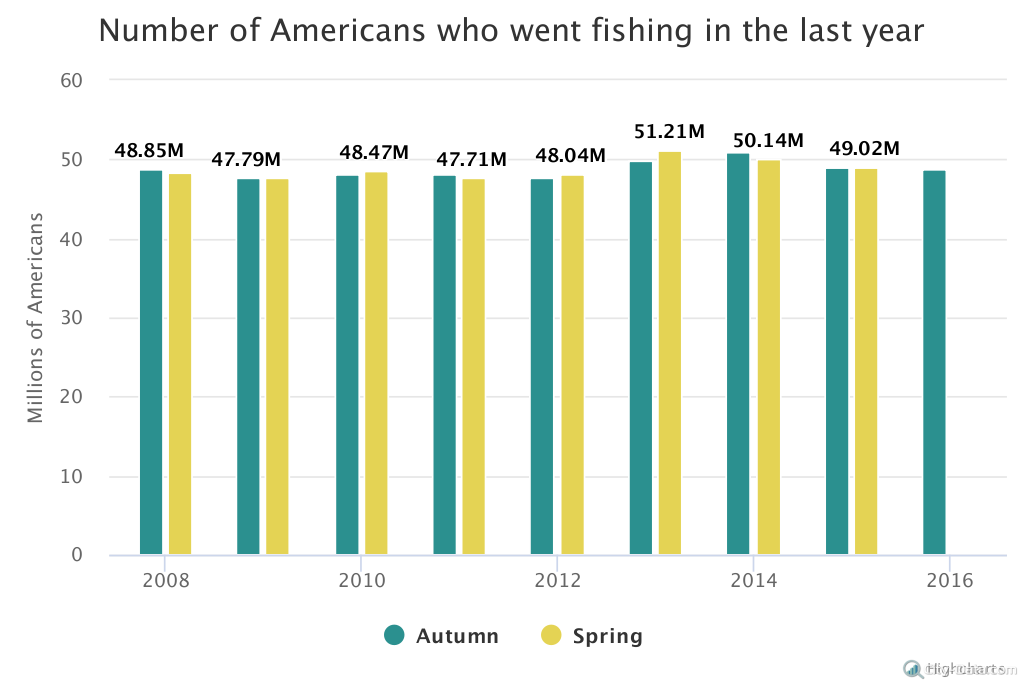 It is logical that fishing is generally more prevalent among older people, but if we have a look at the statistics of youth participants in fishing, we see some surprising numbers here. Youth participants are considered to be a person between six and 17 years old. In 2010, there were approximately 10.25 million youth participants in fishing in the country. This number increased to 10.33 million youths in 2011 but fell to 9.95 million young people in 2012. In 2013 and 2014, the number of young fishermen amounted to 10.31 million people and 10.57 million people accordingly. 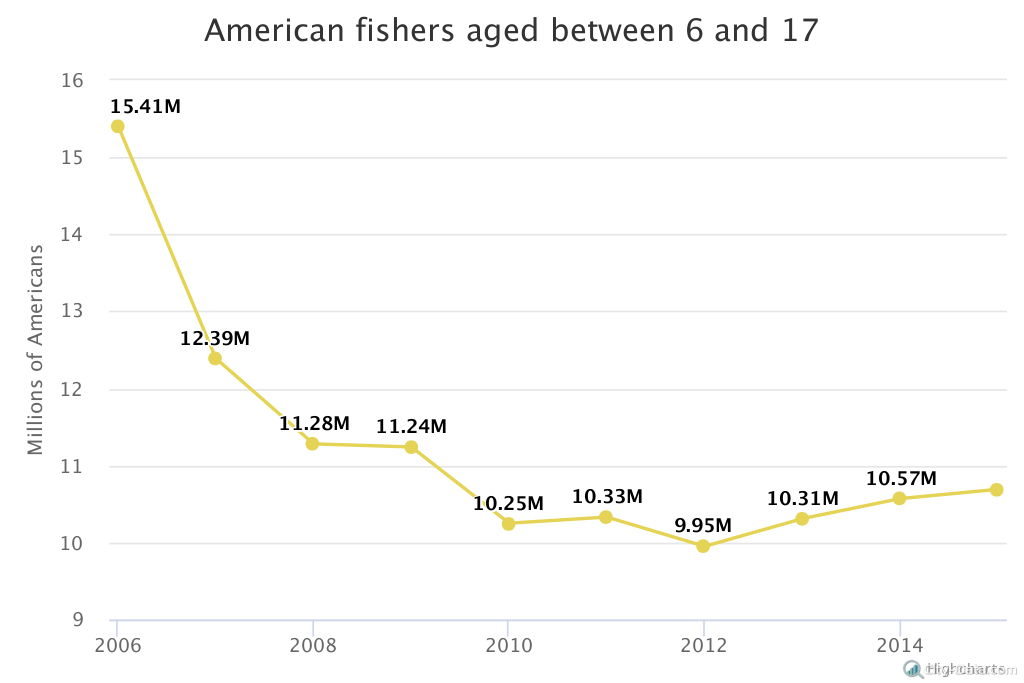 Fishing can come at a cost, and it doesn’t depend on age. In 2013, American consumers spent over $1.5 billion on fishing equipment, with the average cost of a fishing reel at $59 dollars and a rod-reel combination at about $53 dollars.