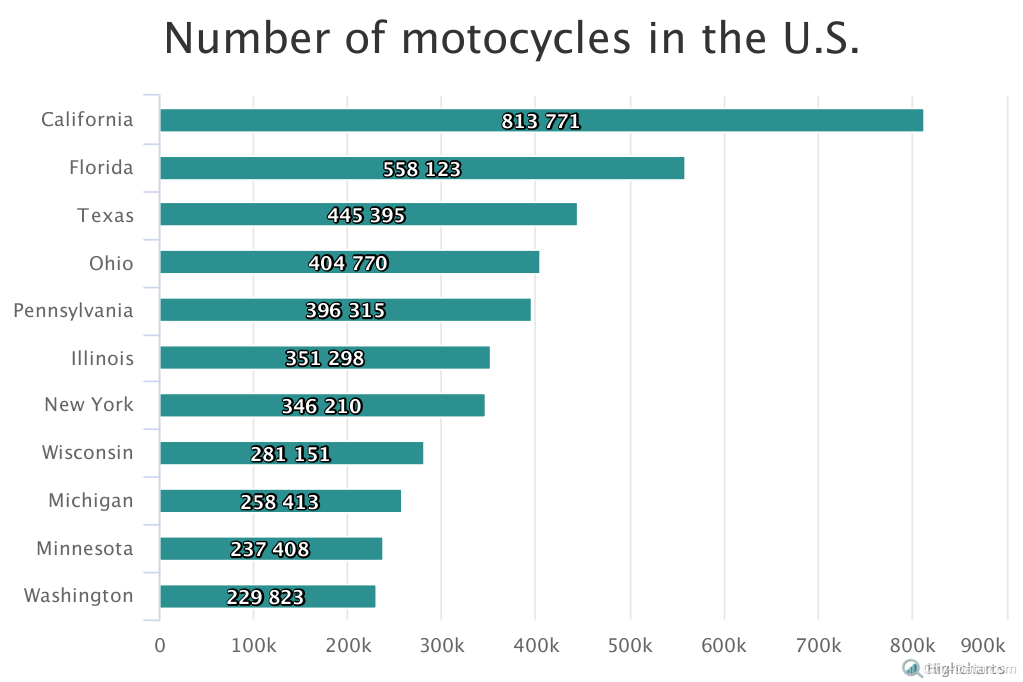 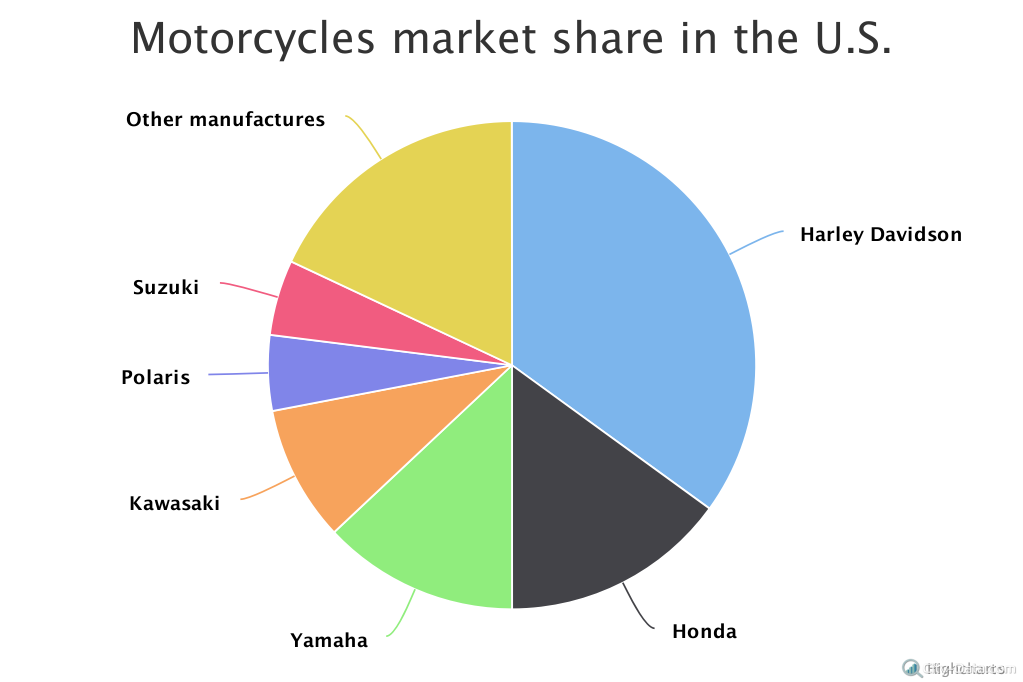 Despite the atmosphere of fast highways and the feeling of freedom that is so loved by motorcycle riders, there is also a downside. According to Statista.com, more than 4,500 motorcyclists were killed in crashes on American roads in 2014. The year before, the number of fatalities in motorcycle crashes was even greater: 4,692. In 2012, around 4,986 motorcyclists were killed in crashes in the United States. The highest number of fatalities was recorded in 2008, when 5,312 motorcyclists died as the result of crashes. 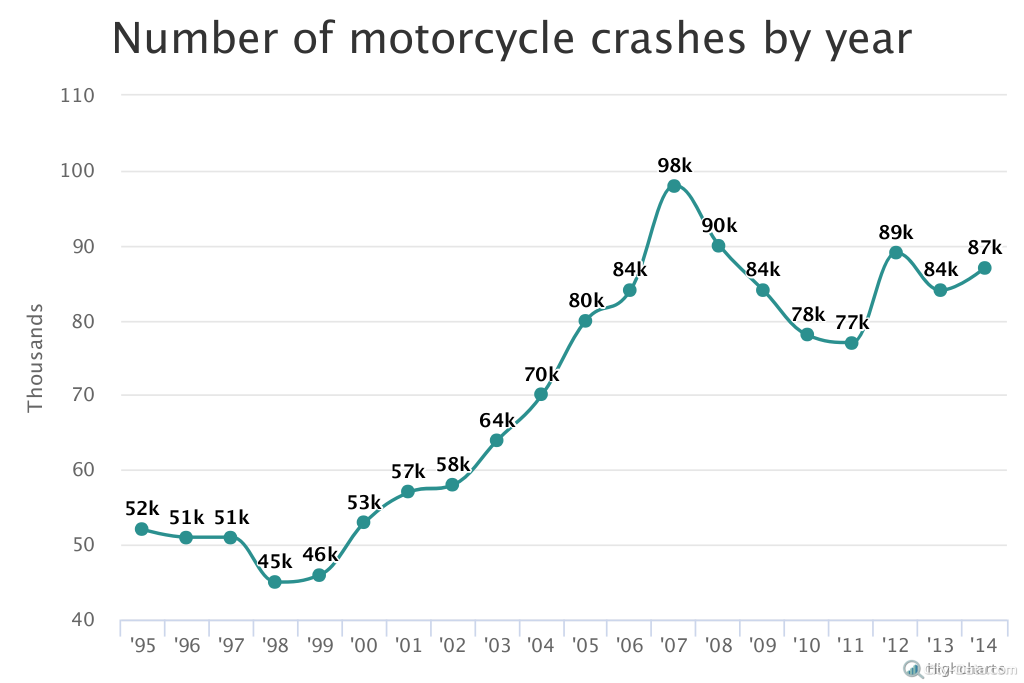